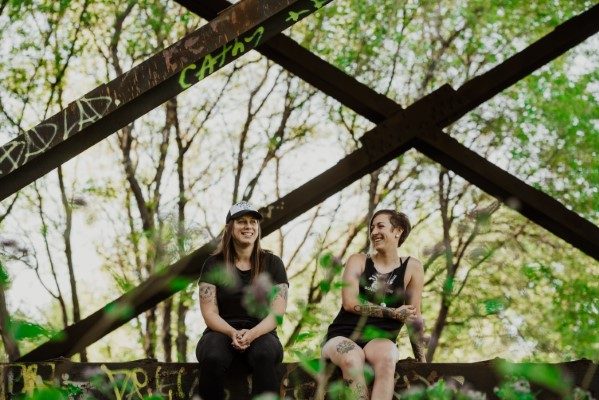 Winnipeg, MB-based punk duo, Mobina Galore released their new album, Don’t Worry on September 6, 2019, via New Damage Records. The band will also be touring Canada in support of said album, so don’t miss them in your city, see dates below.

Check out the video for their single, “Escape Plan” below and find out more about the band via our Five Questions With segment.

Lyrically, most of our songs are quite depressing personal stories about life, loss, and heartbreak but don’t worry, we’re okay. Jenna writes the majority of the songs but Marcia found herself with three tracks on this album!

We are a very high energy band on stage, it’s all about getting into the music and having a good time. There’s usually a good number of hair flips.

Marcia says Just Went Away is her current favourite and it went over well on the recent UK/Europe tour. Jenna says Vancouver because it showcases the classic contrast of our songwriting and vocal style from verse to chorus.

The Drew Thompson Foundation, Propagandhi, The Ripperz, Chuck Coles is an amazing singer/songwriter, we listen to a lot of Blue Rodeo in the van and recently Jann Arden’s hits ever since we watched her hilarious sitcom, Jann.