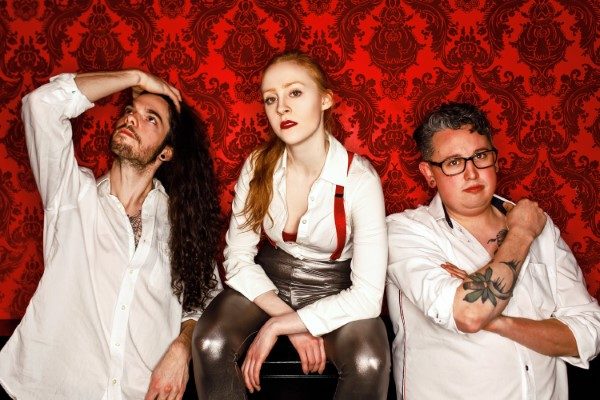 Toronto, ON-based band, Killer Virgins will be releasing their new EP, Reboot on September 20, 2019. In advance of the release, the band has unveiled a lyric video for their single, “Karate Girl”. Check out the video below and find out more about the band via our Five Questions With segment.

Hey there, we’re Killer Virgins, an indie-rock band based in Toronto. We’re excited to be releasing our new EP “Reboot” on September 20th and to be sharing our single/lyric video “Karate Girl” with Canadian Beats readers! We’re made up of Sam Weinstein, our singer/songwriter/guitarist, Gabriel Corindia, our drummer/producer, and Nathan Price, our bassist/graphic designer.

Our style is a mix of indie rock with the rawness of garage and punk. Our influence pulls from classic punk acts like the Sex Pistols and the Dead Kennedys, the musicality of grunge rockers Nirvana and Hole, along with post-punk revival bands of the 2000s like the Arctic Monkeys and garage rockers the White Stripes and the Hives. We love writing songs that are raw and fun, with great grooves, catchy riffs, and tongue-in-cheek lyrics.

We have a few upcoming shows in Toronto right now, one on October 4th at ‘Sneaky Dee’s’, and another for the League of Rock event at ‘Cherry Cola’s Rock N’ Rolla Cabaret Lounge’ on November 20th. We had planned on booking a tour to accompany the album release, but our bassist Nathan is taking a leave of absence right now to recover from an injury, so we’re looking to fill his shoes before arranging a tour. Look out for an Ontario + Montreal tour in the fall.

For someone who’s never seen us play, I would describe our shows as electrifying and unpredictable. We love pulling stunts, wearing new costumes, and doing the unexpected. We’ll usually pull off a new cover song every time people come to see us, just to keep things interesting.

Karate Girl – it’s a great example of what we’re all about. The song is explosive and really just a lot of fun, with a great beat and a catchy riff. Karate Girl is about the untapped power inside all of us, waiting to burst forth and take the world by storm. We hope it can be someone’s pump-up song!