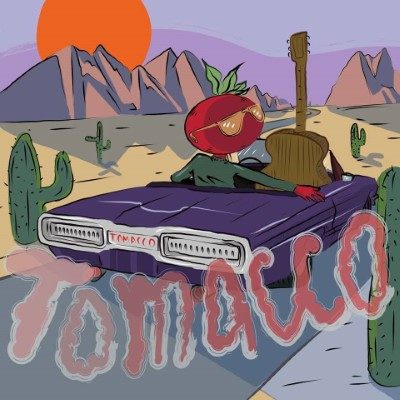 Following the 2018 release of their debut, self-titled EP, Toronto’s Tomacco has returned with their follow up release. Vagabond is another five-song EP which follows in the footsteps of the jazz-rock fusion style established on their debut and acts as a solid sophomore release.

Opening with “Mister Twister”, Tomacco kick things off with a fuzz-laden, cinematic, and groovy note. While the opening riff may sound like jazz-school noodling, the rest of the track grows beyond that to showcase strong songwriting and tight performance from a band that, beyond drums, bass, and guitar, also includes synths and richly layered vocals which lean on a heavy gospel influence. In fact, it is very much worth noting that the inclusion of backing vocals from Sappho Hansen Smythe and Cassie Bachner is one of my absolute favourite elements found across the record.

Remaining funk, Tomacco has built a unique sound for themselves on their latest release. From the psychedelic, ‘60s pop of “You’re So Sweet” to the ‘70s rock crunch of “Shady Nasty”, Tomacco demonstrate again and again how tight of a band they are as they push stylistic boundaries along with the expectations of their listeners. The bluesy vibe and riffs of “Heartbreak”, however, stand out as the strongest across Vagabond while also being the most different and furthest from the jam-rock sense that is apparent with the rest of the EP.

All in all, Vagabond is a strong sophomore release from Tomacco, a band who are beginning to separate themselves from the many funk-rock meets jazz fusion bands that call Toronto their home. While certain elements – particularly when they lean into the jazz-fusion side of things – can come across as cheesy, Vagabond is a cool EP built on strong, risky, and exciting songwriting.