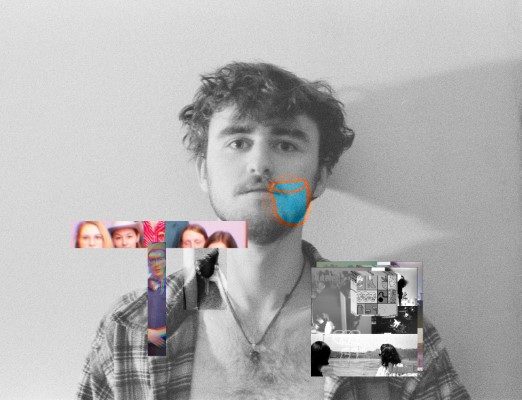 Now, he has unveiled a video for the track, “A Windy Day” off of the album.

“A Windy Day actually started as a 2-hour long ambient piece. I was getting really into Brian Eno at the time, especially his use of ‘generative music’ – music that is constantly being generated according to a set of rules so that it is, in essence, infinitely varying. I had a flight at 8pm one day and so I didn’t really plan to do anything that day. By noon I found myself inert, pacing around my room, scrolling through my phone, waiting for the day to drift by. I ended up deciding to create some ambient music to fill the rest of my day, programmed up a few loops and variations, hit record, and sat back to drift into the sound. Two hours later, I rose from my daze and I couldn’t really tell how long had passed. I looked at my phone and realized that it had been 2 hours, but it felt like it could have just as easily been 4 seconds. I then wondered, what would it sound like if I fast forwarded that entire 2-hour ambient track to last only 4 seconds. I did that and ended up building the rest of A Windy Day on top of that loop. So A Windy Day is a time warp, it’s time folded in on itself. The vocals were adapted from surrealist poem I wrote about the process of becoming. It’s best for me not to over-explain them. After Glugen Frau (the album) came out, I hooked up with animator Andrew Lang to collaborate on a music video. After listening to the album, A Windy Day stood out to him as something that we could make a really cool video for. The video and song both attempt to highlight the circular and folding nature of both time and space and the futility of our categories and our words. It all just fit together.”

Check out the video below and stay up to date with Glutenhead via his socials.