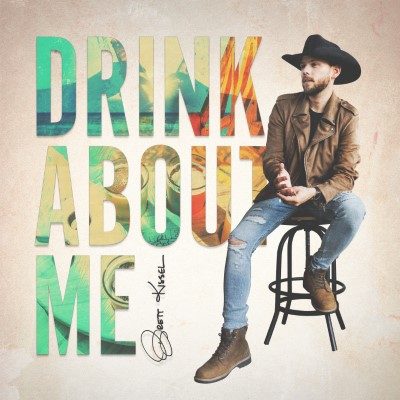 Look out world – Brett Kissel is back! Count ’em … three … three fabulous things happened for Brett Kissel on Friday, September 7, 2019, possibly making this day one of the best Fridays of his life.

After nearly two years, his new single, “Drink About Me” was officially released and his fans couldn’t be more thrilled. Brett Kissel is a country music superstar and he wanted to make sure that his new music is different from anything he’s ever done before, something his fans have never experienced before. He’s decided to not play it safe. “Drink About Me” is the first song off of his upcoming album, Now or Never.

Kissel explains what this tune is about best.

“When you hear this song, I hope you’ll reminisce about your best days. Happiest times. First kiss. Longest kiss. Warmest embrace. Let this song surround you. And let these memories come flooding back,” says Brett. “As a firm believer in ‘the power of positivity,’ I want to put out into that same universe that this song will bring back some of the greatest memories you’ve ever had.”

Kissel has also released the music video for “Drink About Me,” starring Kaitlyn Bristowe and Jason Tartick of Bachelor and Bachelorette fame. Blake McWilliam, who previously shot Kissel’s “Pick Me Up” and “We Were That Song” videos, directed “Drink About Me” video, in the Bahamas. Entertainment Tonight in the U.S. and ET Canada both premiered the video on Friday.

Kissel made these comments about this video,

“We wanted to cast a real-life couple so that legitimate sparks can fly,” says Kissel on casting the pair. “With a video like this and a song like this you need a great video to take the song to the next level and truly bring these lyrics to life.”

It was also revealed today when Kissel would release his fourth album. On the January 1, 2020, release of new upcoming album, Now or Never, Kissel says,

“People have asked and I know will continue to inquire about what’s different this time around. For me, everything is. The process. The mindset. And, mostly my confidence. In previous years, previous albums, I didn’t have the courage to do a traditional country music on a project. Well, now we’ve recorded one. In previous years, I didn’t have the balls to record something so Pop/EDM because I was afraid of what people would think. Well, I’ve got one like that. All in all, I just wanted to destroy the box of what I thought was possible for a country record…”

Now or Never can be pre-ordered. As Kissel says … “get ready for the most exciting body of work I’ve ever created…”