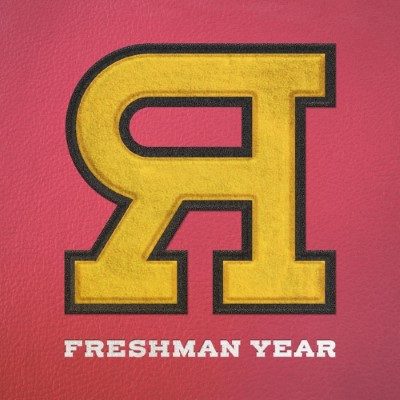 Freshman Year is the latest release following on the heels of their latest single “I Do Too”, from the brother-sister duo The Reklaws. The siblings, who originate from Cambridge, Ontario, have been working hard at building their music career over the past little while, from performing at the CCMAs and Junos to earning their first #1 hit with their single “Feels Like That”. They even opened for Florida Georgia Line recently at the RBC Canadian Open where Jenna surprised the crowd with singing the duet with FGL for “Meant to Be”.

Overall, Freshman Year is an upbeat country music album that will have you jamming with the radio up and the windows down as summer quickly fades into another season. It has a swagger about it that keeps it young and fresh but still has the classic signs of being your classic country album. With Jenna’s smooth pop sound and Stuart’s deep country croon, the duo creates a unique and fun dynamic that can’t help but be enjoyed.

The title of the album is extremely suitable with the entire sound of the 11 tracks. It portrays a young and carefree vibe that reminds you of your freshman year of high school. Old enough to know better but still too young to care. Each song brings a sense of youth and the new feelings when it comes to falling in love and experiencing all the new things life has to offer when you gain an ounce of freedom.

I know they always tend to promote the ‘most liked’ songs as the radio releases, but I can’t help but love their single “Feels Like That” and “I Do Too”.  And I think it’s partially because it’s Stuart’s voice that is more prominent in the song. I really like the fact that they both share the lead vocals when it comes to certain songs. It’s able to showcase their talent and the overall feeling of the song depending on what the content is about.

After the first listen, my next favourite song would have to be “Old Country Soul”. With both Jenna and Stuart sharing the vocals, it mixes both new and old country sound creating a new and catchy tune. Overall it’s a great album that anyone can get behind. It’s always nice seeing the Emerging Artist winners from Boots and Hearts making headway in the music world. Seeing these two grow over the last few years and gaining the success they worked so hard for over the years.

Canadians across the country can catch The Reklaws perform on the Canadian Country Music Awards (CCMAs) live on September 8th. They are also up for four CCMA nominations – including Apple Music Fans’ Choice.