Home / Promos / Queens & Kings release video for “You Got Me”

Queens & Kings release video for “You Got Me” 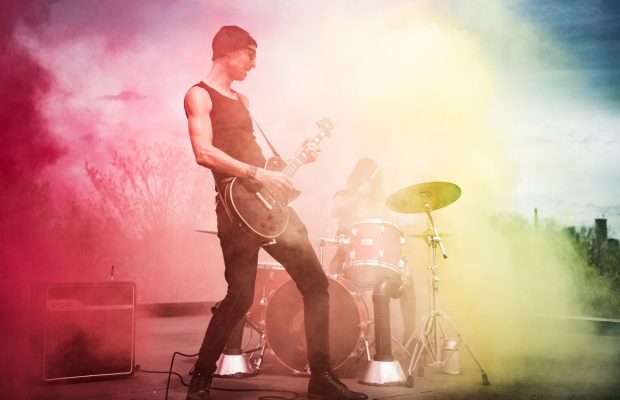 Toronto, ON-based garage punk duo, Queens & Kings recently unveiled their single, “You Got Me” via Canadian Beats. Now, they have released the video for the track, which was premiered via Exclaim!

Although the video concept was planned, most of the shooting was quite impromptu.

“We had originally planned to film the video in California, but we were in Aruba and the desert scenery was so perfect to what we were looking for, we just couldn’t pass up the chance to give it a shot,” said band member Alissa Klug, “So on our very last day there, we hopped in our car rental, choosing three locations and filming all day in the hot desert sun until the point that I came down with a brutal case of heat stroke. Brendan is a professional photographer so we happened to have a very good DSLR and some lenses, but we kind of had to navigate the world of video as we went, especially with no one else other than ourselves to do the shooting. We shot the remaining scenes we needed on a rooftop overlooking Trinity Bellwoods park with our friend Fred Yurichuk and an amazing small stage crew. We did the editing ourselves, with Brendan picking up the technical elements of it very quickly. We didn’t know how the two locations would fit together, but are extremely happy with the results!”

Albert and Klug strived to make the video match their vision of what the song represents.

“The video concept reflects the song lyrics which mockingly compare the words and actions of some of our most prominent politicians to a sleazy and transparent pick-up artist. We had a reason for everything we shot—the desert scenery and explosions are symbols of turmoil and war, but the colourfulness is a representation of hope. We also knew that we wanted to include some footage of us playing our instruments, with me on drums and Brendan on guitar to establish our main roles in the band as we do a lot of instrument swapping and multi-instrument playing which shall be seen on future releases.”

Check out the video below and stay tuned as the duo plans to release another single or two before unleashing their full album.