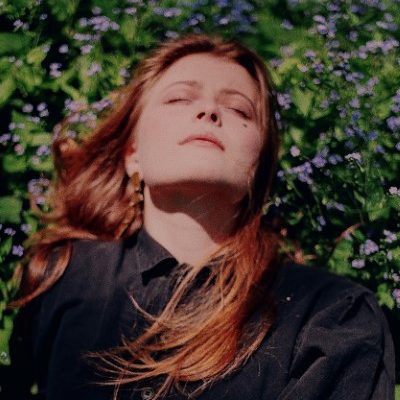 Check out the video below and find out more about Cold Tea via our Five Questions With segment.

Hello! My name is Vale Abbott, and Cold Tea is my (just over) one-year-old project. My musical life actually began as a classical violinist, but I grew away from that style as I became a teenager. Along with classical music, I listened to and enjoyed a great variety of music growing up, which I think helped sculpt the music that I now write.

Since graduating from Seneca at York’s Independent Music Production program in 2015, I have written and produced my debut album (Recent History) and performed my music at Toronto venues such as Burdock and Monarch Tavern, and at the Toronto Pearson Airport as part of their YYZ Live series.

I was raised mostly in Barrie, Ontario, though we also lived in smaller towns like Craighurst, and Wyebridge. I am back in Toronto now, and am appreciating being immersed in a big creative community.

As I said, I grew up playing Suzuki violin, which must have influenced my music in some way. The great thing about the Suzuki method of learning is that there is a lot of ear training, which definitely helped me to pick up guitar and piano. I usually write my music first, and then my melody comes with the words. I’ve tried it other ways, but that seems to be the most natural way for me. My songs are a bit melancholic and somber at times. I tend to write a lot about sadness – whether it’s about broken family, or betrayal or insecurity and self-doubt. My music is probably not for the jump up and jive kind of listener. I draw from personal history a lot and try to blend a bit of the storytelling of “classic” folk music with a dreamier perspective that comes with more contemporary styles.

I do have some upcoming shows! I’m touring with DevilDuck Records this fall, so we will be traveling through Southern Ontario, and Montreal. This will be a solo tour (without my band), so it’ll be something a little bit new. I’ll be at PopMontreal and MondoNYC this fall as well (all dates on my website). Lots to look forward to. For someone who has yet to see me live… I’ve had people tell me that our live performance is kind of mesmerizing and that it takes you out of the moment you’re in – somewhere else. I guess you’ll just have to come and see!

I think if you’re going to listen to only one song, it should be Wyebridge. This is the song I feel closest to, and it kind of stands alone amongst my other songs, in a way.

Canadian music. I always listen to Bahamas, Broken Social Scene, Jason Collett, and Kathleen Edwards. Those are ones I always come back to. I also love Hungry Lake and Jojo Worthington. I also can’t help but love old Avril Lavigne. Haha, she is the reason I wanted to be a singer and write music. I wanted to be “a rock star like Avril Lavigne”. When I’m pissed about something, I listen to Avril Lavigne and it’s very empowering haha. I’m probably forgetting a bunch of key Canadian artists that I love, but this is the right-now list I can come up with.