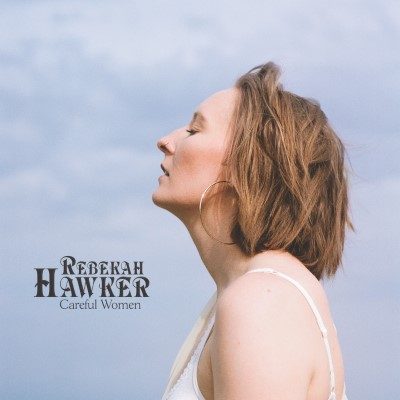 Careful Women is a striking piece that showcase’s Rebekah’s powerful lead vocals and talent at songwriting. Featuring drums, acoustic and electric guitar, mandolin, classic and electric piano, organ, and pedal steel guitar, the arrangement of ‘Careful Women’ creates a delicate balance between modern sensibilities while still having an air of nostalgia.

Leading the listener in slowly with only Rebekah’s voice and guitar, the first track “Round of Fools”  with the darkly comedic lines “I count 7 days since last Saturday I’ve been keepin’ them like they’re my sobriety chips.” In other words, seven days is how long since the singer lost a heady and intoxicating love she is still sobering up from. The piece then builds with its full complement of sounds to this melancholic mood, adding richness and depth to the feeling of loss. In the following lyrics and arrangement though, there is a feeling of exhausted expectation of this bad outcome, as if the singer was a fool to ever try to love and even the band is teasing her about it. The track contains a careful hope, though, as the band swells and Rebekah admit despite the pain, she’s still willing to “try [her] luck at the next round of fools” – that is, to try to love again, even if it is a foolhardy endeavor.

The tracks following “Round of Fools” keep similar tones of that bittersweet mood – touching on love with its accompanying pains and hopes.