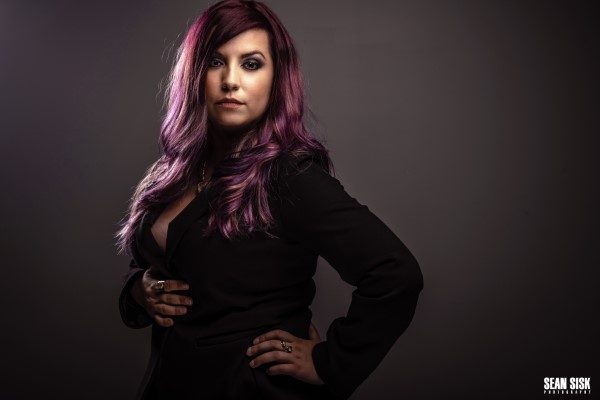 Hailing from London, ON, Elle G arrived on the Ottawa scene with her fun, Broadway-pop inspired piano tunes in 2018.  Audiences quickly took to her passionate songs proudly reminiscent of the Disney Renaissance.  But that was then.

“My old direction was the Disney, very bright, bubble-gum pop, very happy, colourful, rainbows and sunshine,” she explains in an interview. “For this single, I kind of go in the complete opposite, where it’s all dark and musky.”

Working Jason Wilkinson, founder of ArtistAlliance, which specializes in developing the talents of aspiring musicians, Elle says that “Dark Horse is “basically about a relationship.  The dark horse of relationships, where you want to stay with the guy, but you don’t like him; but you like him, you’re going to work through it, no matter what, come hell or high water, it’s going to happen.”

“We kind of just conjured the story up,” she says.  “Usually I write from a more emotional standpoint.  But when it came to “Dark Horse,” we kind of wrote the story, and then wrote the song off of the story.”

When asked about the prospect of a new album on the horizon, Elle is excited to announce that she will be releasing new singles every three months; with the possibility of an album after five or six singles.  She also says she will be booking tours across Ontario, the US, and parts of western Canada.

Elle G’s “Dark Horse” is available now and she hosted a release party at Ottawa’s Lone Star Loft the evening of the release to celebrate. To hear “Dark Horse” and receive more information on tours and events, please make sure to visit her website & socials below.