Home / Interviews / New single, “Idea of Me” released by Eadie

New single, “Idea of Me” released by Eadie 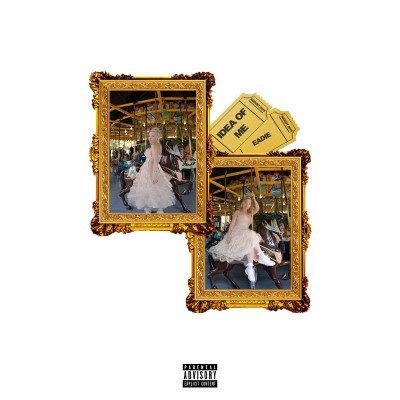 Toronto artist Eadie has released the first single “Idea of Me” off her upcoming EP Aches. The 23-year-old from the east end of the city brings a unique style to her indie/r&b blend. Her sharp songwriting and stirring synthy melodies are captivating at first listen. This budding songstress is just getting started – her potential to grow into a major force in music is undeniable.

We caught up with Eadie to find out more about her music, her influences, and what the future holds.

When did you begin to build your career as an artist?

It really began at the end of 2016. I released my very first song ‘Got Soul’ that fall, and another that same year on Christmas. Following the release of those 2 singles, I began to perform multiple local showcases in Toronto in which I met a lot of people from the music industry in which propelled me into dedicated a lot of time and effort into my music career. 3 years later, I’m on the verge of releasing my first ever full production EP.

How would you describe your sound?

Today, I’d say my sound is R&B-alternative (if I had to pick a genre). I love live instruments and sounds that aren’t so predictable. I think my avoidance of vocal tuning also leaves my sound a little raw.

Do you approach songwriting in a particular way? Are there any artists who inspire the way you write?

I normally write songs without any instrumental or full melody. A lot of my favourite, or best work, start out as blurbs in my phone or poems in my notebook. I think I might like the challenge of trying to morph was isn’t a song, into one too. Amy Winehouse is hands down my biggest musical influence/inspiration. The dynamic between her songs and the imagery within them is so beautiful to me. She also wrote a lot of poetry, so that’s something that resonates with me too.

Your first single, “Idea of Me”, is so relatable. Tell us how this song came together.

I wrote ‘Idea Of Me’ originally over a year ago, but the song was re-worked and re-written many times. At the time I wrote it, I was in a place where I felt alone and as if nobody loved who I was. I felt like everyone in the world only knew, and only loved the idea of me. As I kept writing, and time went on. I realized that this feeling was coming from somewhere else; It was myself who had created this ‘idea’ and I too was in love with it. Now, the song is the response to that. It’s a reminder to stop falling in love with the idea of people, places, and things. Be present, be authentic, and be in love with that.

Tell us about your upcoming EP, Aches.

I was working on an E.P, Aches, that I was planning on releasing this fall. Like “Idea Of Me”, that is being re-worked. I plan on releasing this project when I have a few more singles out and the timing feels right in my career in which there is a demand for my full project to be released.

What is your favourite part about the Toronto music scene?

The Toronto music scene as a whole is large and consistently growing but I think my favourite part is that it seems small. We kind of see the same people around at the same smaller shows. It gives it a ‘family’ feel. But on the growth aspect of the Toronto music scene, I love that artists are constantly being developed and discovered on a much larger scale than previously before.

As a new artist, there is a lot to look forward to and to build on – what are a few of your goals for your career?

My near-future goal is putting out a project and really building an identifiable sound. As an artist, I dream of playing large festivals as well as headlining my own shows. and doing tons of lowkey stripped-down studio sessions. I just want to create good music, that carries weight and be able to have my fans feel something through my music.