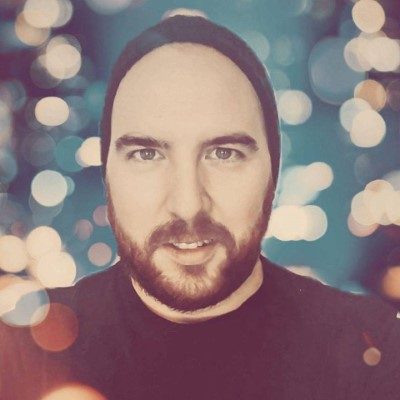 The 9th edition of Music 4 Cancer will take place September 13 & 14 in Sainte-Therese, with a new partnership with Le Trou Du Diable Microbrewery! Once again this year, Music 4 Cancer is proud to collaborate with the Canadian Cancer Society Laval/ Laurentides, and will remit 100% of the profit from the annual Rase-O-Thon M4C, towards cancer research. Attendees will be able to make donations on the site as well, through activities and raffles. 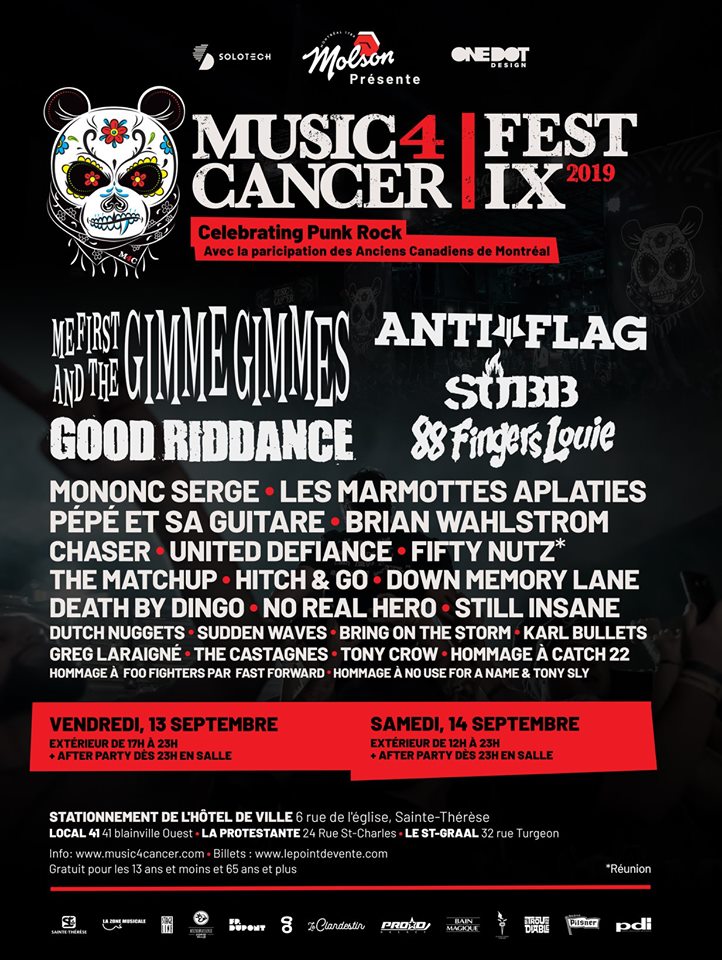 We caught up with the founder of Music 4 Cancer, Jay Epinat to chat about the event.

Hi everyone, my name is Jay Epinat and I am the founder of the non-profit organization called Music 4 Cancer (I know it should be Against cancer but it’s for (4) the cause). All our work is done on a voluntary basis since day one. So all proceed is given to the Canadian Cancer Society for cancer research after our fiscal year. I live in a very small in the suburban of Montreal called Sainte-Therese. It’s a quiet village with tons of artists.

How did Music 4 Cancer begin?

It began in 2007. My mom was on her way to full remission of her grade 4 lymphoma cancer (her chances of survival were at 0%). A new treatment found a couple of months earlier saved her life. Before 2007, my life was hockey. I was so grateful to live that I’ve decided to create a musical project to collect money for cancer research. It was a CD compilation and we were supposed to have only local bands from Montreal area. Melanie Kaye of Fat Wreck Chords was introduced to me by Doni Blair (Zack Blair brother’s from Rise Against). I have to say that without her help, Music 4 Cancer would be that big today. To help me at that time (2007) she asked bands like NOFX, Joey Cape, Tony Sly, Strung Out … to be part of this compilation. In 3 months I got over 250 songs from known and unknown bands from around the world. And that was before FB, well it was in their beginnings. I mostly used Myspace to joined bands. Warped Tour heard of M4C, so I toured with them and met Vinny from Less Than Jake and Hayley Williams from Paramore. One afternoon we spoke about my expenses and they said .. you should create your own event. I had no experience in booking so I called local bands and Grimskunk to be the headliner. Everybody agreed. In 3 weeks I booked and sold out a show in a small venue. That was the first edition of M4C in 2010.

The 9th edition of Music 4 Cancer will take place September 13/ 14 in Sainte-Therese, how has it changed in the last 9 years?

Oh man … it started small. The first edition we had 400 hundred people in a small venue. That night another venue next to the one we were doing M4C had an electro event. When both shows we finished … people from electro (I think they were 1k in the street) started a riot. The police came and the arrested only punks. But we had nothing to do with it. Next day in the newspaper headline was ‘’10 punks got arrested in a Punk rock Show’’. I cried. It wasn’t even us. BUT … people started to talk about M4C.

The second year, I met Guttermouth (Mark) in a festival, and we talked about life. We became friends and I went on tour with the band. I asked them to headliner M4C #2 and he said yes. They were the first known band to play the fest. We got 600 people in a 250 people capacity venue. INSANE.

Our Third year we had, CIGAR (reunion) their first show in over 12 years. It took me 2 years to convince them to play. They were not playing anymore. We sold 900 tickets in the same 250 people capacity venue.

Fourth Edition we got Pulley (playing REV of then foot Pole with Scott Radinsky on vocal) and we had Mike Herrera of Mxpx. 2 nights of 750 people in the same venue. And we had a FREE outdoor show because we got a sponsor (La Zone Musicale) to help us have a stage and crew, and gear, and everything. The stage was on milk crates. And not very solid. A disaster could have happened. There were around 600 people outside.

6th Edition, First one Outside. With Millencolin, Authority zero, Cigar and Such Gold. With 5k people.

Over the years, who are some bands that have graced the stages? Last Year Good Riddance gave one of their best show ever. Chuck brought 21 family members with him. The crowd was crazy, jumping, bodysurfing, energetic. Their setlist was perfect.

Goldfinger last year gave the best M4C show ever. John and his All Stars roster with members of MXPX and New Found Glory played 3 ‘’encore’’ because the crowd was asking for more … in the end, they had no more songs to play so they played cover songs. I remember when we hit curfew at 11 pm and Goldfinger was still playing, the mayor assistant was trying to stop John from playing and he said … I still want to play, let me play … I’ll play a 1 min song and he played a 5 min song. The crowd was asking for more. But it was already too late. He played for 90 min and in its contract, it was supposed to be 60.

Millencolin are friends of mine. When they played in 2016, we had rain in Ste-Therese for most of the day, with storms. Not a lot of people showed up in the afternoon. When we left for supper, Larzon said, it doesn’t matter how many people you have on-site. We are here for you Jay. It was nice from him saying that since it was our first edition outside the venue. When we come back on-site, it as such gold playing in front of 1k people, not to bad but the site looked empty. It was 6 pm. Authority Zero went on stage and then CIGAR. And It starts raining again. I went in the green room, to take a deep breath. When I came back on stage, 5 min before Millencolin’s show, there was 5k people singing Millen, Millen, Millen, Millen … so the guys went on stage, and they were not expecting that. They played their tightness set ever, and their setlist was mostly old school songs. I think the crowd sang every single song. Finally, the rain made the lights on stage look even better because of the fog. I thought it was going to be a disaster but it went awesomely well.

Can you tell us a bit about the bands who will be performing this year?

I’m pretty happy about this 9th edition. Me First and the Gimme Gimmes will be headlining the fest this year. I’m a huge fan of their music since 1995. So they’ve been part of my life for a long time. Met Spike and Joey a couple of time, they are really cool dudes. Good Riddance played last year but like I mentioned before, their set was dope, so I called Luke to ask them to come back and they agreed. Anti-flag, is in my top 10 of favorite punk bands. And they will also play the acoustic after party show on Saturday. 88 Fingers Louie, is one of the most underrated bands of all time. I’m so glad they are taking part. Subb played their last show in 2015 at M4C, and are playing 4 reunion shows in 2019, one again at M4C. Les Marmottes Aplaties are one of the few bands I’ve never ever say live. It’s a reunion once again that I am very proud of. Can’t wait to see them play DETRUIRE.

Where can people grab tickets for the event?