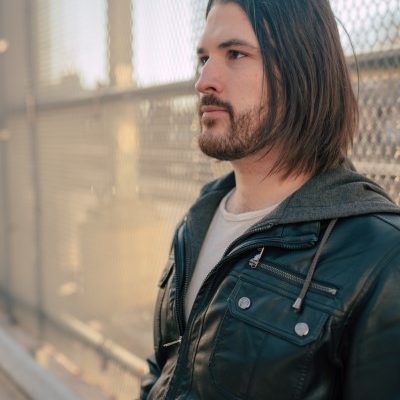 Breau will be performing at Supermarket Resturant & Bar on August 30, 2019, in support of the single, so be sure to stop by if you’re in the area. He will be joined by fellow local artists Honesty and Kieran Smyth.

Check out “Well Hid” below and find out more about Mario Breau in our Five Questions With segment.

I’m Mario Breau and I write, compose, and perform music in Toronto. On stage, I’m privileged to be joined by my friends Matthew Dass, Kristian Kelloway, and Jake St. Jean. I’m also a student, and I study political science at York University.

Writing music, for me, seems to have been just another part of the music learning process. I had spent my childhood and early adolescence dreaming of being a visual artist, and so the desire to create was already there when I started getting into music. When I got my first electric guitar on my fifteenth birthday, I very quickly started to experiment with creating my own music.

My music is heavily influenced by rock from the ’90s and ’00s, including alternative, grunge, punk, hard rock, pop-rock, and power pop. Some more recent indie rock influences also come into play sometimes. In the last couple of years, I’ve had the interesting experience of listening to rock, grunge, and post-grunge music–like Smashing Pumpkins, Stone Temple Pilots, Creed–that I don’t explicitly recall, but that sounds so familiar and nostalgic to my ears. My father always listened to the local rock radio station in the car, and it seems that I internalized a lot of those styles and sounds without realizing it. Now that I think about it, my mother exclusively listened to the “easy rock” station as my brother and I got ready for school in the morning, and I wonder how much songs like “I’m Like a Bird,” “Ironic,” “Torn,” and “A Thousand Miles” stuck as well.

Yes! We have a great show coming up on August 30th at Supermarket in Toronto. We’ll be joined by Honesty and Kieran Smyth from pomes. It’ll be a fantastic night to see local talent.

As performers, as well as hosts, we try our best to be welcoming and engaging. With our music and performances, we go for the emotional moments as well as hard-driving momentum and those big rock impacts. I’ve always wanted to try to connect emotionally through music with people who, for whatever reasons, I probably couldn’t do otherwise.

I’d have to go with our latest single, “Well Hid”. It’s about dealing with depression, anxiety, disassociation, and regret, but also about being hopeful and pushing through those things to take more control in life. I’m very excited that it’s now ready to share.

Thinking about Canadian artists has made me realize that so many of them have been an important part of my musical life. From Neil Young to Avril Lavigne, Sum 41, and Nickleback, to July Talk, I’m really glad to have known so much music by Canadian musicians. But one of my favourite bands has always been Billy Talent. I remember struggling to learn their songs as a beginner guitarist. To this day, those guitar parts stand out to me as some of the most interesting and fun to play.