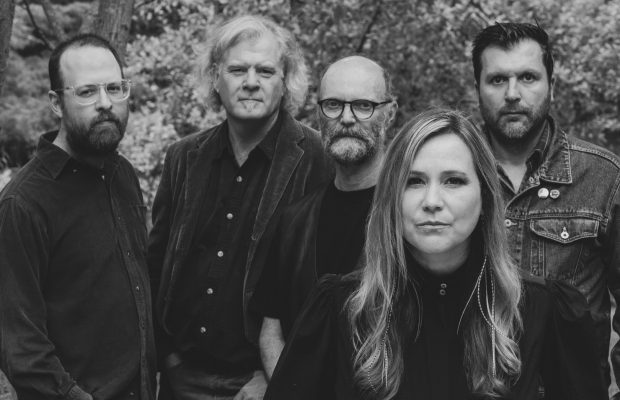 Award-winning Canadian singer-songwriter, Jessica Rhaye and The Ramshackle Parade has released a video for the brand new single, “Sad Eyed Lady of the Lowlands”. The single is the second single from their forthcoming release, Just Like A Woman – Songs of Bob Dylan.

“I first heard ‘Sad Eyed Lady of the Lowlands’ covered by Joan Baez from her 1968 album, Any Day Now,” Rhaye recalls. “I was just a kid and my dad would play it in the old family station wagon. In fact, I didn’t even realize it was Dylan’s song, I just associated it as being Joan Baez’s.

When The Ramshackle Parade and I started to collaborate for this record, I knew I wanted to do a version of this track. Joan Baez’s version is more than 11 minutes long and Dylan’s is similar — it actually takes up an entire vinyl side of his Blonde on Blonde album and is five verses long. We knew we needed to trim it back so our version is two verses of the original.”

Check out the video below and find out more about Jessica Rhaye and the Ramshackle Parade in our newest segment of Five Questions With.

Hello, my name is Jessica Rhaye and I am a singer/songwriter from New Brunswick on the east coast of Canada. I’ve been writing and performing professionally for close to 20 years and throughout the years have been nominated for a Canadian Folk Music Award, multiple East Coast Music Awards, and have been the winner of numerous Music New Brunswick awards.

I have been lucky enough to have played many prestigious stages including the National Arts Centre, Stan Rogers Folk Festival, Mariposa Folk Festival, Canadian Music Café, and Hotel Café in Hollywood and the Half Moon Putney in London, England.

I have 5 full-length albums to my name and am prepping to release my 6th full-length album and first with backing-band The Ramshackle Parade in September 2019. The album is called Just Like a Woman – Song of Bob Dylan. The album is not a tribute to Bob Dylan but is an interpretation of the works of one of the greatest songwriters in modern times. The bases for any strong album is the songs, and you cannot find a better songwriter than the works of Bob Dylan.

My music has always transitioned between folk-singer/songwriter and Americana. When I write a song, I never approach the songwriting process with a particular musical style in mind but often times the end result is along the folk-pop vain. I do all of my songwriting on an acoustic guitar.

With the Just Like a Women – Songs of Bob Dylan project, because the songs were already written as a group, myself and the guys in the Ramshackle Parade (Chris Braydon, electric guitar, Sandy MacKay, upright bass/mandolin, Bill Preeper, acoustic guitar and 12-string guitar, Clinton Charlton, drums/percussion) just worked out the arrangements in a live rehearsal environment until we were excited to record the arrangement. The end result is more along the lines of folk-rock with a bit of a psychedelic undertone and the recorded tracks are very much what we would play live.

The first run of tour dates by Jessica Rhaye & the Ramshackle Parade to support the new release are:

The show would include myself on acoustic guitar and supported by the guys in the Ramshackle Parade (Stand-up Bass, Drums, Electric Guitar, and 12-string acoustic guitar) and three and four-part harmonies. For this run of shows, we will be performing the nine-recorded Dylan songs along with some of his deeper cuts that we did not record. It is basically a night of folk-rock music with some beautiful folk-harmony based ballads, up-tempo rocker jams. Imagine the band working in the style of Dylan in Woodstock, the days of the Basement Tapes and Big Pink.

If I were to suggest a track for someone to hear from my solo work I would suggest “Song in Me” from the album with the same name I released in 2016. I’m very proud of that song. I co-wrote it with my friend Brent Mason (not the Nashville based session player). I’ve been told by a very close musical confident, who’s opinion I very much admire, that the song has a timeless feel as it could have been written as a ballad hundreds of years ago. A compliment I will never forget.

If I were to suggest a track from Just Like a Women – Songs of Bob Dylan, I would suggest Sad Eyed Lady of the Lowlands. When The Ramshackle Parade and I started to collaborate for this record, I knew I wanted to do a version of this track. I first heard this song as a kid when it was recorded by Joan Baez on her 1968 album Any Day Now. We knew we needed to trim it back so our version is two verses of the original whereas Dylan’s version takes up an entire vinyl side of his Blonde on Blonde album and is five verses long. We first dabbled with a folksier arrangement but landed on something decidedly more pop in feel.

I’ve always been a big fan of Canadian music. Jann Arden has always been at the top of my list. I love her voice, her songwriting, her humour. There isn’t anything she does that I haven’t enjoyed. I am also a big fan of singer/songwriters so Ron Sexsmith is also at the top of my list. Sloan, Matt Mays and Matt Andersen would also be on my list of better known Canadian artists as well. I am also a big fan of many of the artists on the east coast, some better known than others, including Penny Blacks, Tomato/Tomato, Mike Bigger, Rachel Beck, Brent Mason, Dennis Ellsworth, Christina Martin, Catherine MacLellan, Little You, Little Me. The list of talent I could name from the east coast is actually endless and if you were to flip through my record collection you would see I try my hardest to support as many of my Canadian colleagues as possible