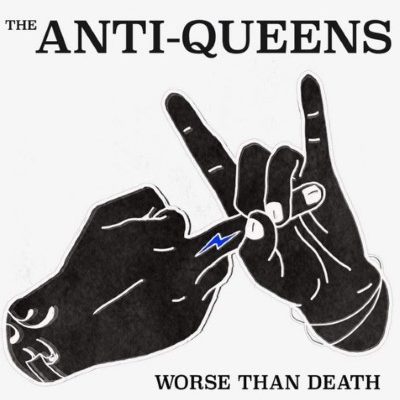 Having recently signed with Stomp Records, The Anti-Queens seem to be on an unstoppable roll. Having spent most of 2019 touring across North America, the Toronto based punk band has released their latest single, “Worse Than Death”, ahead of their upcoming full-length album, Self-Titled, due on September 13th.

“Worse Than Death” is a catchy and hard-hitting banger that feels fresh while capturing a raw sense of energy. Without feeling cliché, “Worse Than Death” stays true to the band’s classic punk roots while still feeling very unique to the band. The song is a strong single that should leave you very excited for Self-Titled.