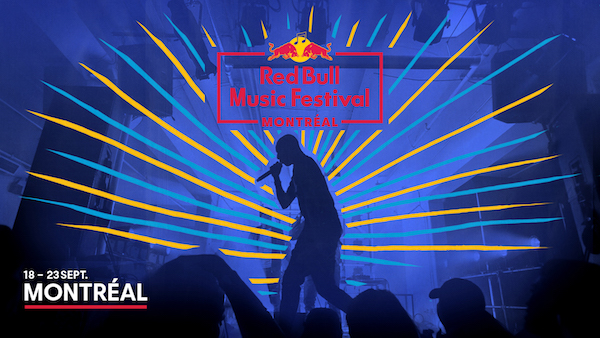 Red Bull Music Festival Montréal returns this September, bringing with it a diverse set of unique event concepts by today’s forward-looking musicians and contributors to local scenes, and sounds. From New York City to Tokyo, Johannesburg, Paris, London, Los Angeles and beyond, the Red Bull Music Festival series has circumnavigated the globe, shining a light on the minds moving music forward. Now its Montréal’s turn.

Friday, September 20th / MARIE DAVIDSON: Save The Last Dance For Me

Following the release of her critically-acclaimed fourth solo album Working Class Woman in 2018, French-Canadian electronic artist Marie Davidson has toured internationally nonstop, with buzzed-about performances at festivals including Dekmantel, Unsound, and Movement. Before she brings down the curtains on this career-defining chapter, the producer and singer returns home to present a final dancefloor-aimed A/V show, supported by some of her longtime inspirations and closest collaborators.

Since 2013, Montréal collective Moonshine have become known for their inclusive, location-rotating monthly party series, featuring genre-diverse Canadian and international DJs, singers, rappers, dancers, and visual artists. Past notable guests have included Arcade Fire’s Win Butler (under his Windows 98 alias), Kaytranada, Sinjin Hawke, and others, and they’ve also put out two compilations featuring crew members and associates. Their evening at this year’s Red Bull Music Festival Montréal will feature a take over of Le Monastère for a rare evening with full band assemblies and help from some global friends.

Moonshine resident DJ Bonbon Kojak will premiere a new ensemble featuring trumpet, percussion, and more, while Congolese-Canadian musician and collective co-founder Pierre Kwenders’ set will feature special guests not to be missed. Headlining the night is Los Angeles-based violinist and vocalist Sudan Archives, who will make her Montréal debut ahead of her forthcoming album out later this year on Stones Throw Records. Rounding out the bill are Montréal singer-songwriter-turned-rapper Qi Yama’s first-ever performance, and Nairobi DJ Coco Em, whose energetic Afro house selections will keep the crowd moving between and after the bands.

From being called “a french-Canadian nightmare” to his provocative, headline-grabbing live shows, Hubert Lenoir has quickly become regarded as one of the country’s most talented songwriters and dynamic performers. The Francophone’s 2018 debut album Darlène, an ambitious post-modern opera about two young lovers drew on influences including glam rock, jazz, and French chanson (and accompanied by a companion novel by the singer’s partner Noémie D. Leclerc), and was praised by audiences and critics alike. His latest material looks at finding “beauty in melancholia and suffering,” and he’ll debut an immersive new show further exploring these and other universal human experiences.

Tickets for Red Bull Music Festival Montréal are on sale now. See more details on the individual events, sign up for the festival newsletter and purchase tickets at www.RedBull.ca/Festivals.

Stay tuned for the unveiling of Red Bull Music Festival Toronto’s line up in the coming weeks!