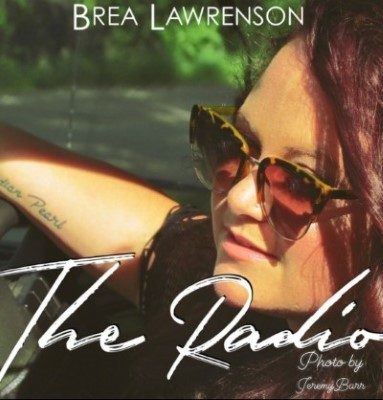 Check out the single below and find out more about what’s happening with Brea in our interview. It’s always a pleasure to catch up with this rising country artist.

My name is Brea Lawrenson, I am from Carleton Place Ontario. I am a cat LOVING, Wine drinking, caffeine-addicted, Canadian proud Country Singer. I wear my heart on my sleeve and always tell my stories with three (sometimes four) chords and the truth and I am never known for doing things half-heartedly. Been singing since the age of 8, although, my mom (who is my ROCK and number one fan) would say I’ve been singing since I entered this world, even before I could talk… I recorded my first album at the age of 15 under an Independent label based in Ottawa. Since then I’ve released four more studio albums recorded in Canada and Nashville. My 4th album, ‘#Brealieve’ put me on the Canadian Country music charts 6 times and my most recent album, ‘Demons’ has charted top 100 for each released single. It’s been a long road… but lots of fun. I’ve played a lot of Canada’s premier Country festivals including Boots and Hearts, The Havelock Jamboree, Rbc Ottawa Bluesfest, Cavendish Beach Fest and got to open for stars like Tom Cochrane, Dwight Yoakam, Keney Chesney, Dean Brody, Meghan Patrick, The Road Hammers, Brett Kissel Etc.

You have recently released a brand new single, “The Radio”, what can you tell us about the track?

My new single out is called ‘The Radio’ and I would describe it as an up-beat summer type song that you can sing along to while dreaming about going on long road trips and cranking up the radio.. which has always been one of my favorite things to do.

Will there be a music video for the single?

We are hoping to get a music video in the works for, ‘The Radio’ soon!

When can fans catch you live for the remainder of 2019?

This summer has been busy! We opened for Kane Brown, Tebey and Jason Blaine across the Ottawa Valley! As festival season winds down you can catch me playing some intimate type shows across the valley including The Embassy Live in Ottawa October 12th and Dec 14th. I will be traveling to Calgary for The CCMA Country Music Week this September and I will also be performing at The Country Music Hall Of Fame show in Ottawa this Sept 29th. You can always check out all my tour dates at www.brealawrenson.com

For someone has yet to see you live, what five words would you use to describe your performance?

For someone who hasn’t yet seen one of my live shows, five words to describe my show are – energetic, raw, engaging, unique and sassy.

Canadian Beats is all about Canadian music, who are your current favourite Canadian bands and artists?

Some of my favorite Canadian bands and Artists include Jann Arden, Shania Twain, Chris Labelle, Teneille Towns, Shawn Mccullough, Tom Cochrane and so many more!