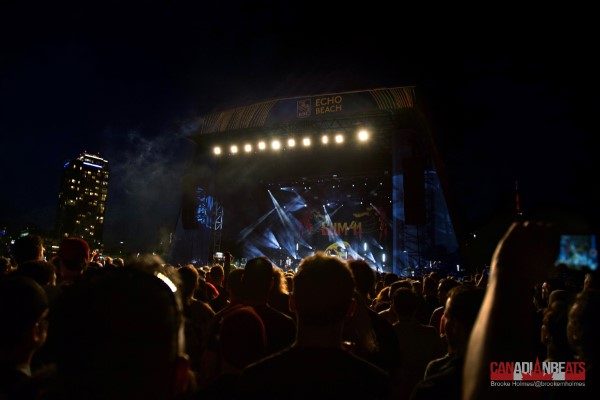 “Toronto, we’re home!” exclaimed Deryck Whibley, the leading man of Sum 41. This exclamation came after the Canadian punk rock icons exploded through their first 2 or 3 songs at RBC Echo Beach in Toronto, Ontario. On a beautiful night, August 8th, Sum 41 lit up the waterfront venue with songs spanning their seven studio albums, including their latest record Order In Decline.

This hometown show followed a short appearance on the Rockstar Disrupt Festival Tour alongside bands such as The Used, Circa Survive, and Sleeping With Sirens. Seasoned music vets Sum 41 were the headliners of this special show, with Oakville rockers Seaway and Toronto raised singer/songwriter Grandson as opening acts.

Seaway has a lengthy discography that includes three EP’s and three records. In the bright early evening sun, the guys jumped around to hits from their 2017 record Vacation as well as a few of their older tracks. 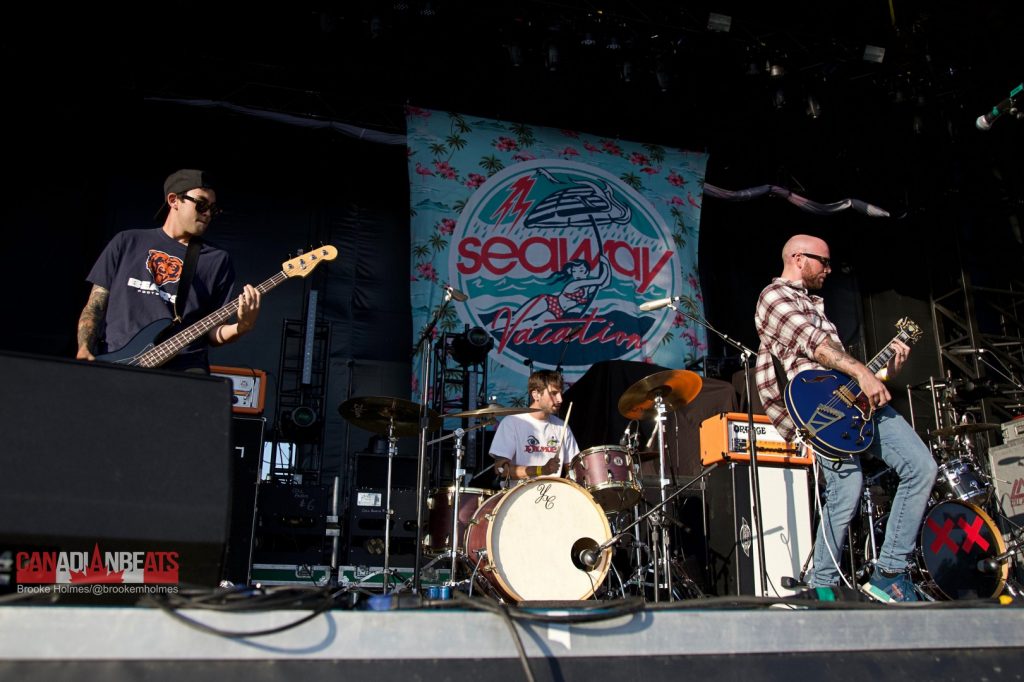 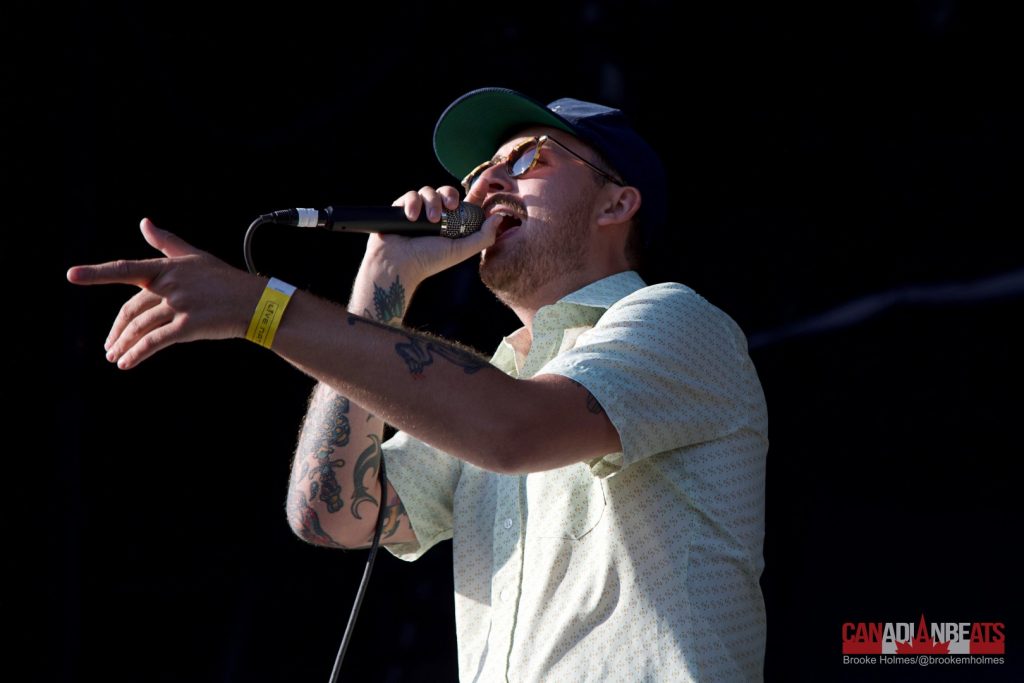 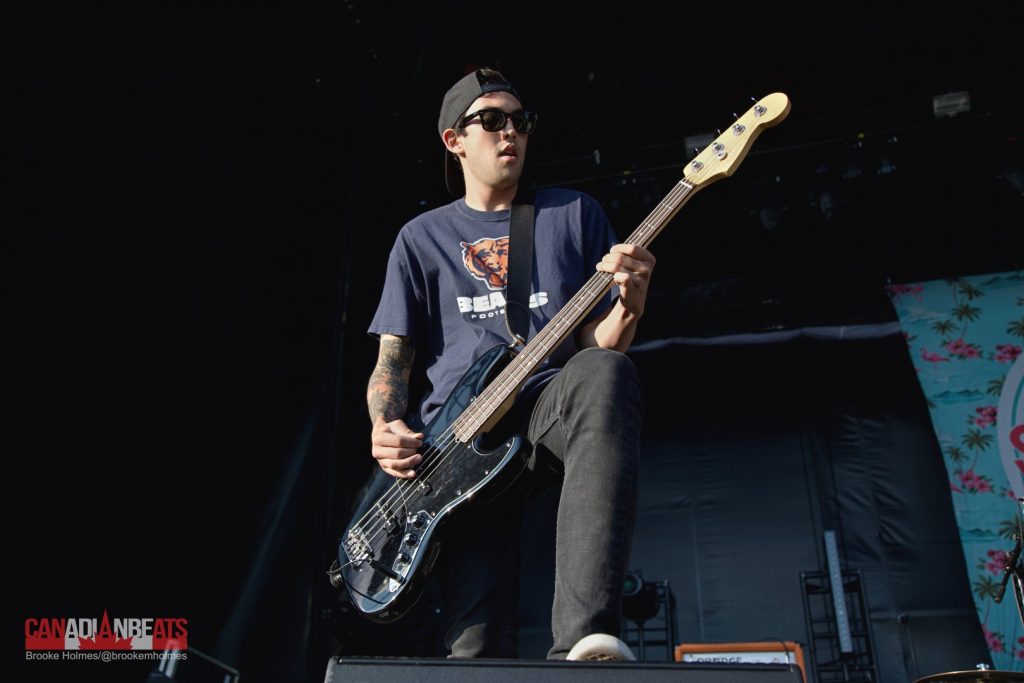 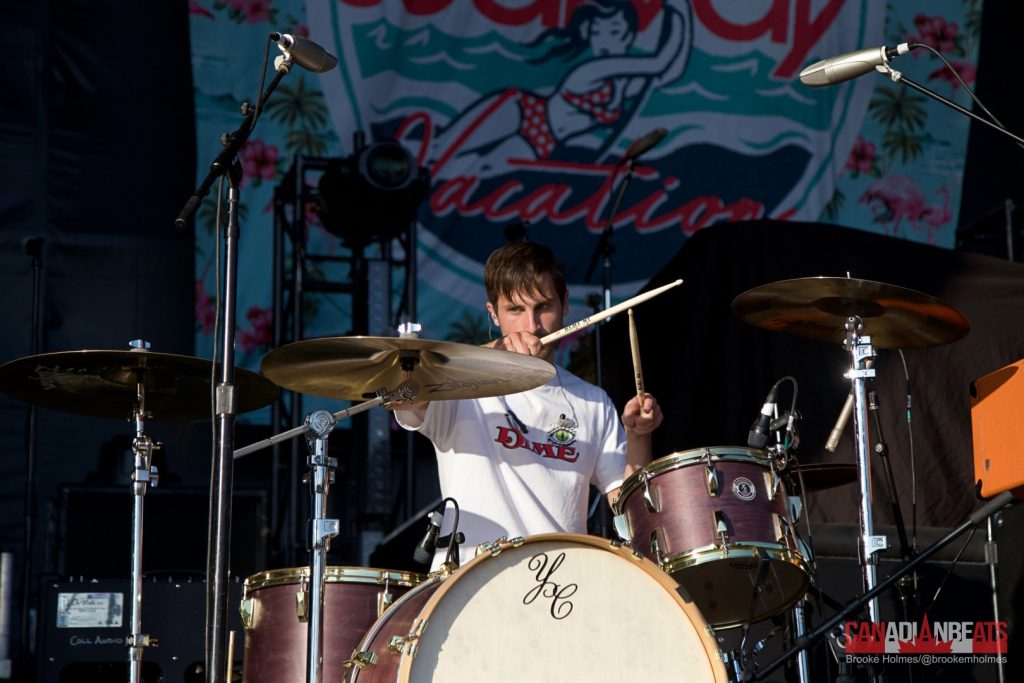 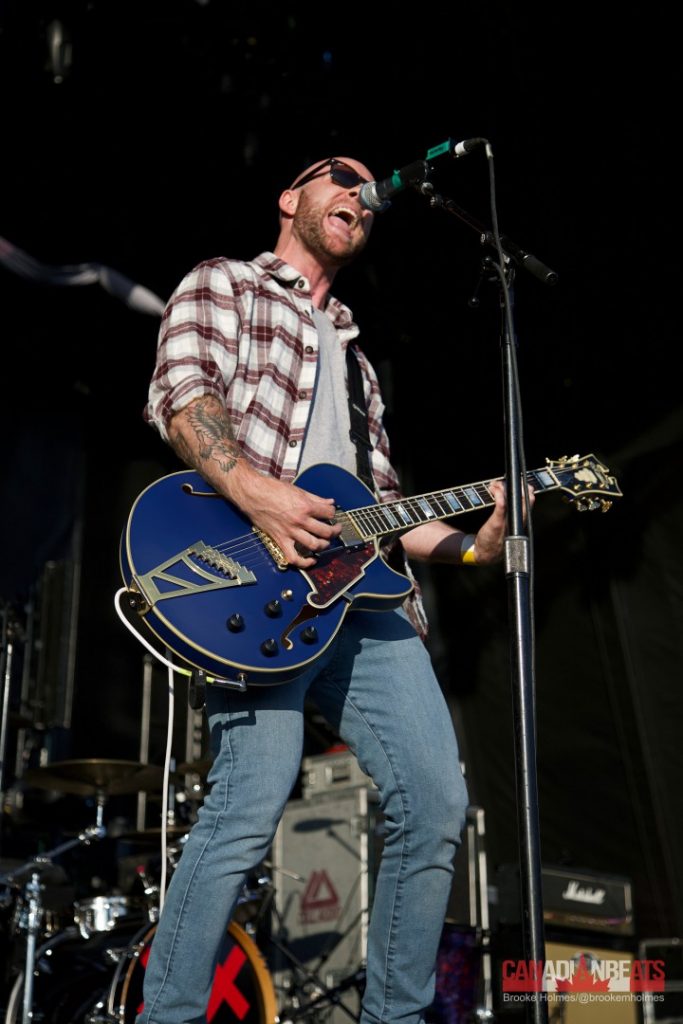 Grandson, whose real name is Jordan, is quickly rising; this show follows a set he performed at Osheaga Music and Arts Festival in Montreal. Jordan ran on stage in a Fred VanVleet t-shirt, a detail I loved with the recent championship win for the Raptors, and obviously fitting for the Toronto show. The emotion and energy put into each performance is unbelievable. He ran and jumped all over the stage for the length of his set. He involved the crowd as much as possible which paid off when they sang and danced to every song, especially his finale song ‘Blood // Water’. 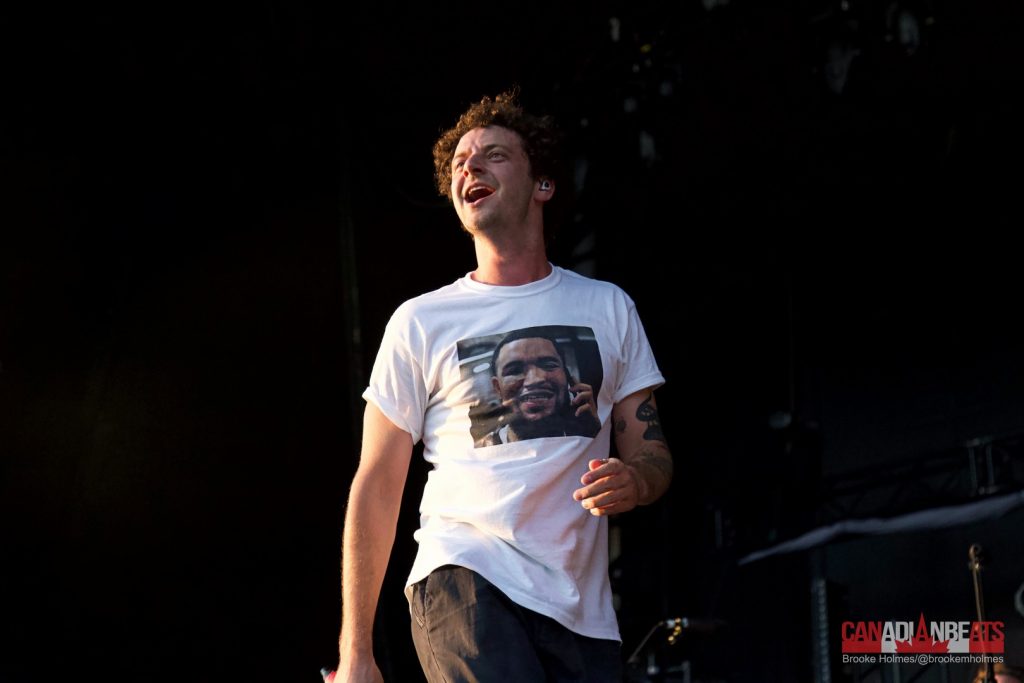 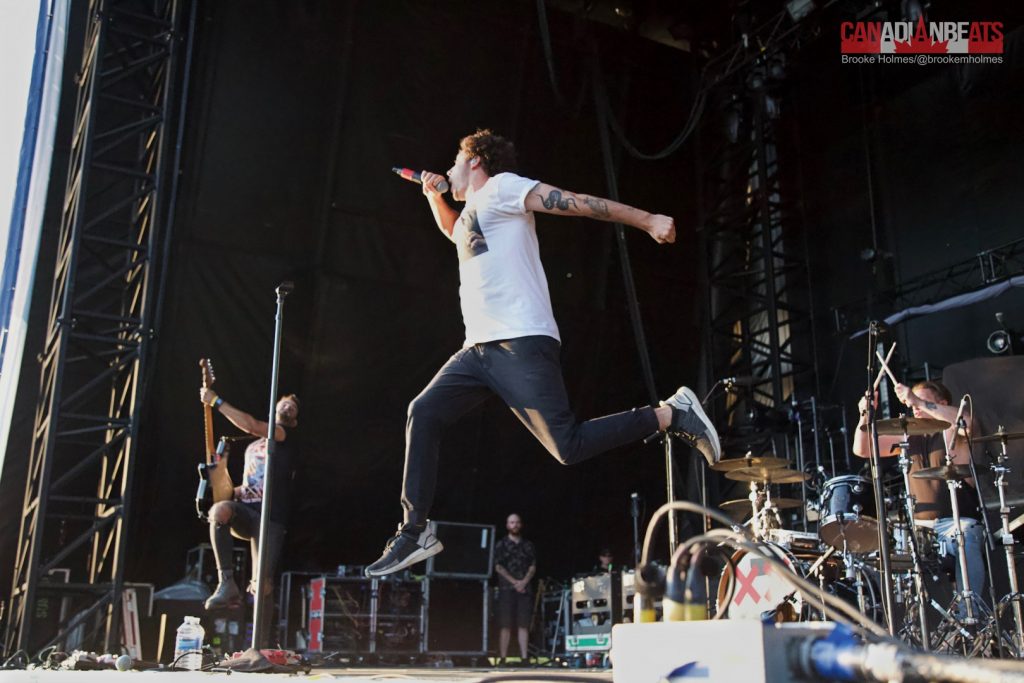 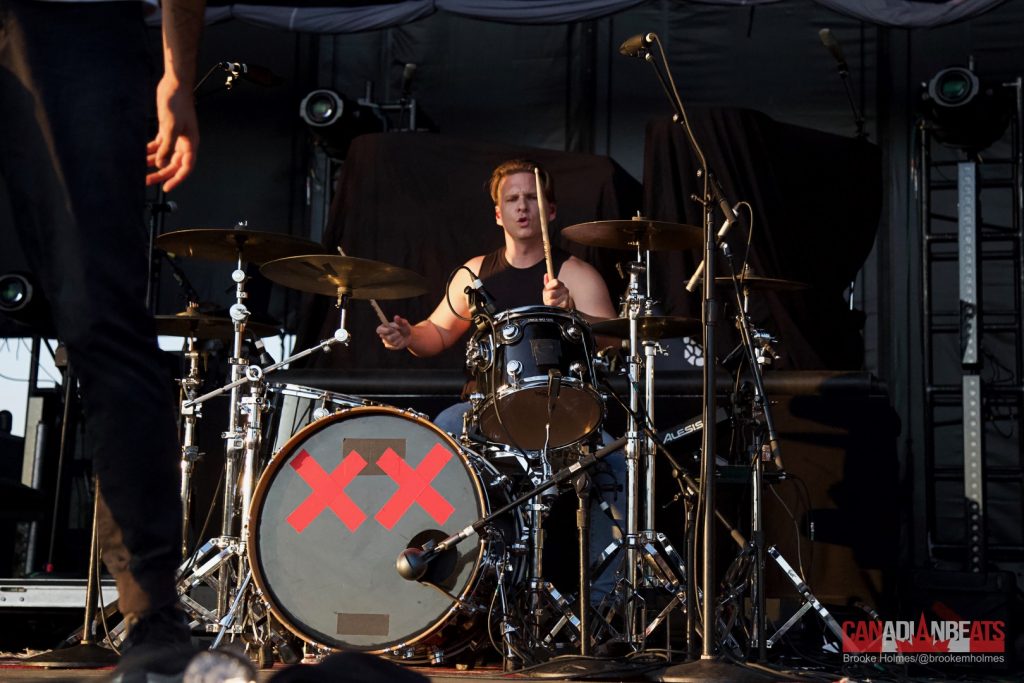 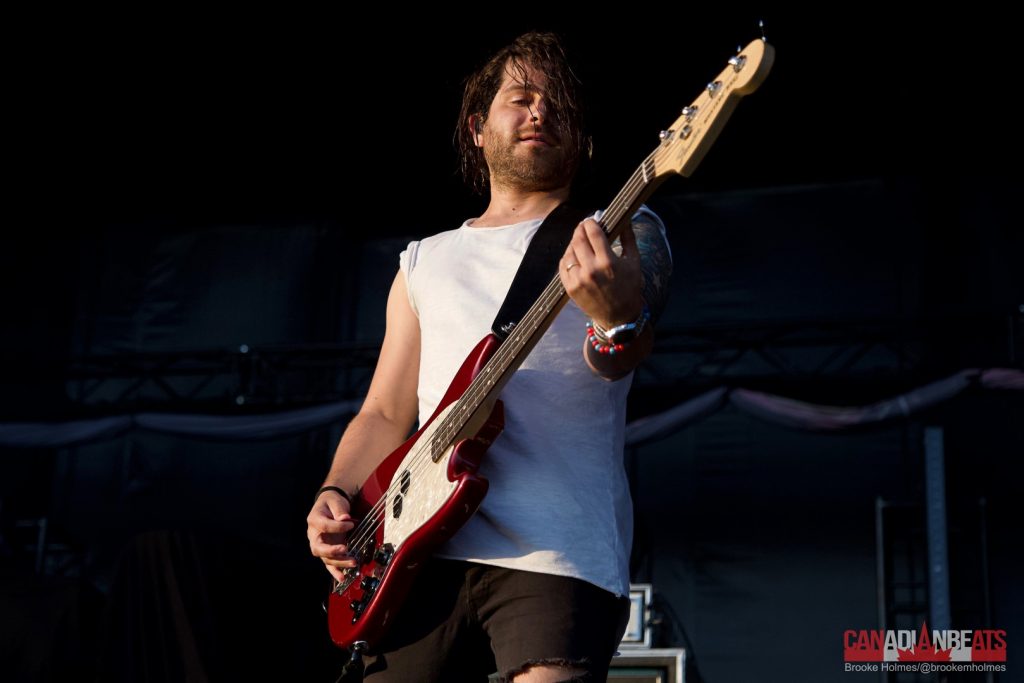 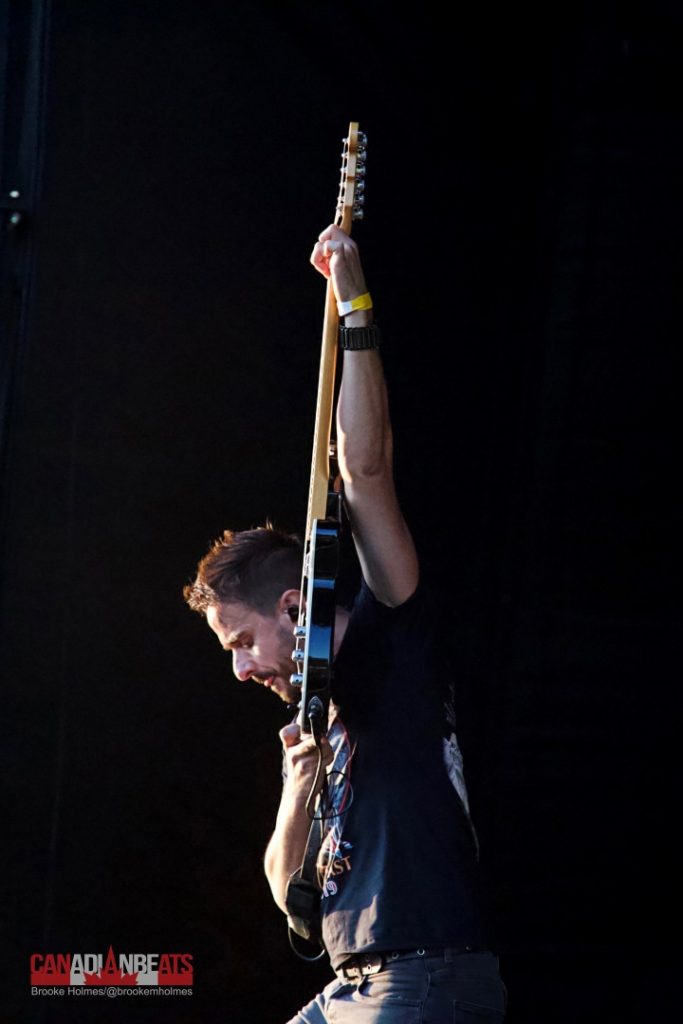 As the sun set behind the crowd, the energy only grew with the anticipation of the final band of the night. That and the songs played, like ‘Bad Reputation’ by Joan Jett, which was very appropriate for Sum 41. At last, the stage went dark and then lit up again as drummer Frank Zummo took his place and pounded his drums. One by one the rest of the band ran out and launched into their set.

Opening with “The Hell Song”, the guys kept the energy sky-high, even through their deeper cuts like “With Me” and “Pieces”. Deryck was decked out in black skinny jeans, a black graphic tee, a black vest with several cool buttons, and his signature messy blond hair spiked all over. The stage set up for Sum 41 was spacious and full of mesmerizing lights. Their black backdrop had ‘Sum 41’ in huge letters that appeared to be hung by a set of large hands, like a puppet master.

The crowd sang, danced and moshed their way through this stacked setlist featuring new songs such as “Out For Blood” and “A Death In The Family”, along with some older tracks like “Summer” and “No Reason”. About halfway through their set, Sum 41’s infamous giant blow-up skeleton, known as Bonesy, made his appearance. With his right hand holding up 4 bones and his left hand holding up one, Bonesy hyped up the crowd as the guys kept jamming.

What sets Sum 41 apart is their longevity; they’ve been a band for over 20 years. While the line-up has changed a few times, their musical talent hasn’t. Deryck’s instantly recognizable vocals combined with the seasoned talent of bassist Jason ‘Cone’ McCaslin, guitarist Dave Baksh, and guitarist and keyboardist Tom Thacker, equal a live show that is both memorable and unique. Taking advantage of their diverse musical catalog, Sum 41 created a setlist that incorporates a little bit of everything. This also shows the dedicated fans, who know and love each and every song.

Sum 41 even played some tracks off All Killer No Filler, including the classic “In Too Deep” and my personal favourite “Fat Lip”, all of which were well received. “In Too Deep” came as one of the last songs before the encore. The energy felt during this song was indescribable. It carried through the crowd to me, standing with chills as I screamed along to a song I’ve known as long I can remember. Then the stage went dark as Sum 41 walked off, which elicited a chant of ‘Sum 41’ from the audience.

Shortly thereafter, Sum 41 reappeared with smiles, greeted with cheers as they began “Machine Gun”. The guys rocked through “Fat Lip” as their last song. This crowd appreciated the throwback to “Fat Lip”, they were as in unison as they could be, while moshing and head-banging that is. A wild end to a wild night. 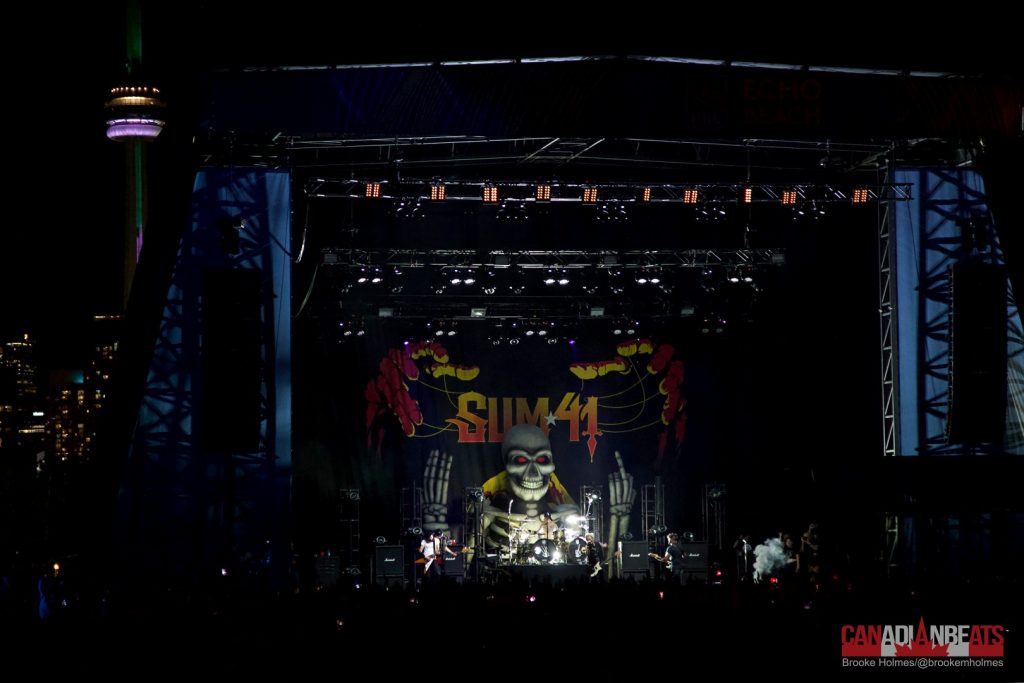 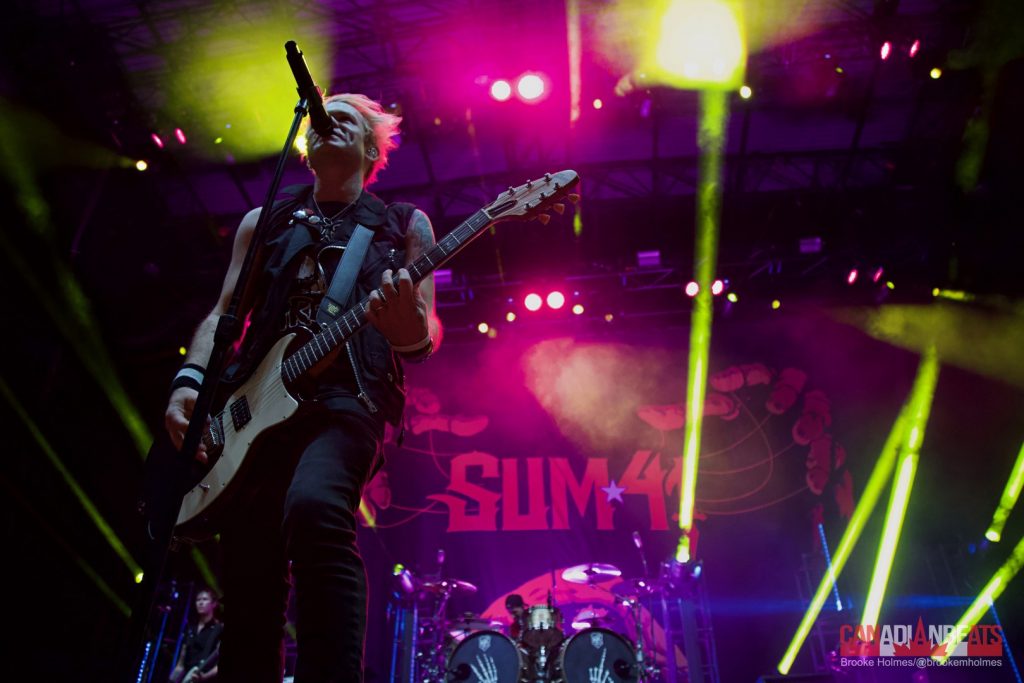 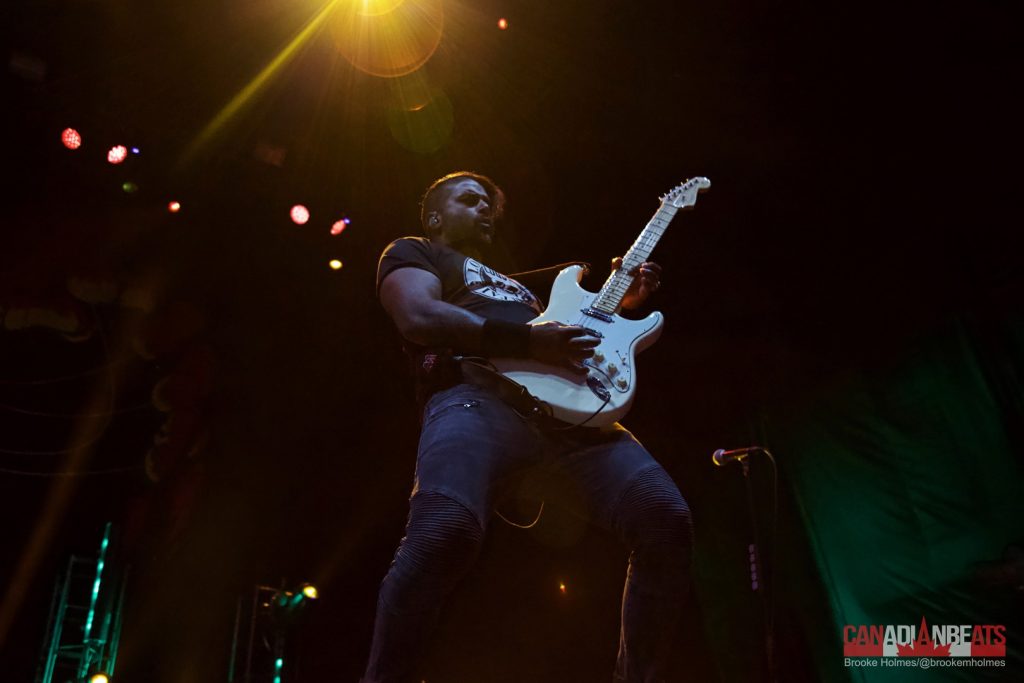 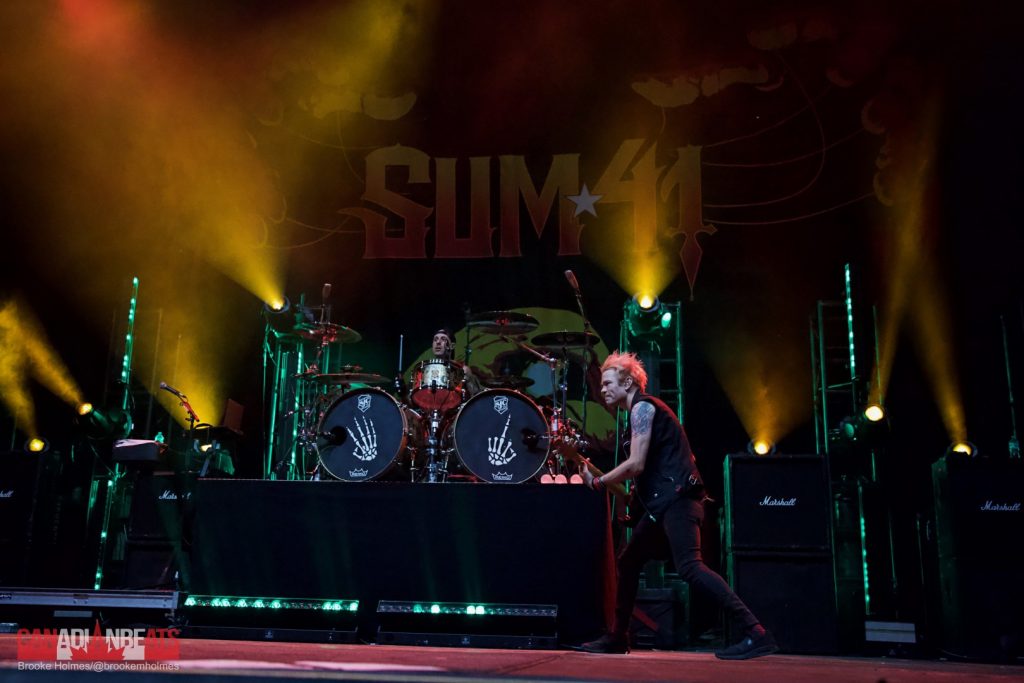 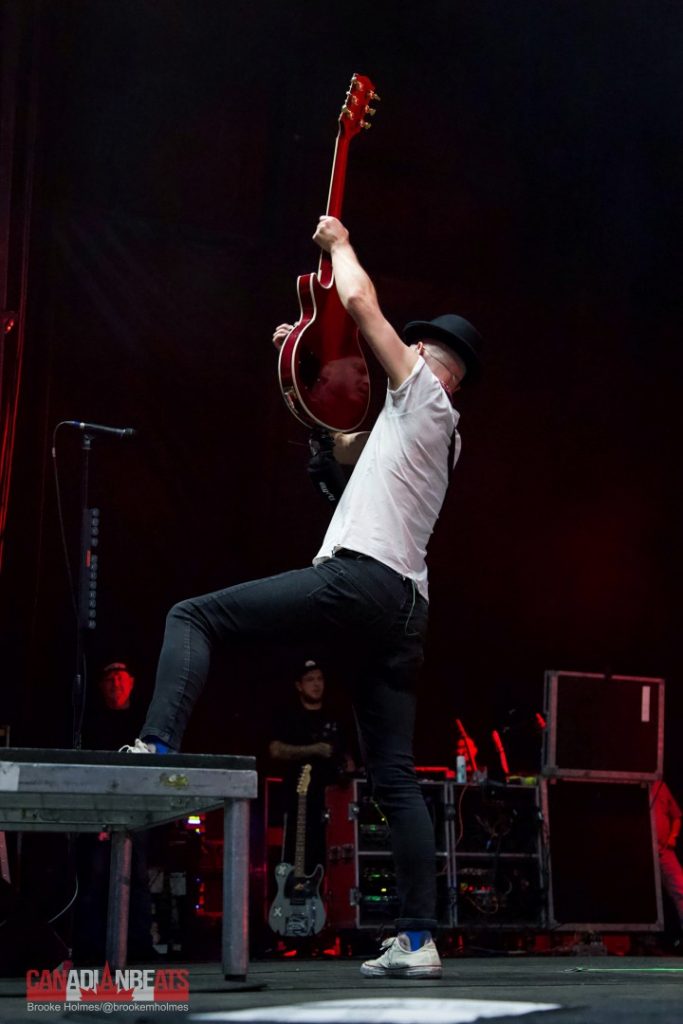