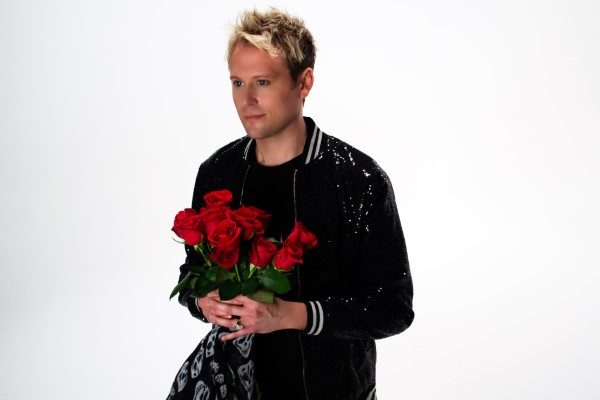 Toronto, ON-based artist, Cory Stewart is back with a brand new single, “Anyway“. The single was produced by singer/songwriter and producer, Gavin Bradley, and the video which is out now made its online premiere on Canada’s top LGBTQ+ music site, The Q Review.

“This song is deeply relatable to so many people who have ended a relationship, only to find out the other person has quickly moved on. Beyond that, it brings up the topic of gay marriage, which is a subject still in its infancy within LGBTQ+ music and culture.”

Check out the video below and find out more about Cory in our Five Questions With segment.

My name’s Cory, and I call Toronto home. I grew up in a small town called Woodstock, which is a stone’s throw away from the city, and started singing at around five years old. Truth be told, I got my start by singing Phantom of the Opera in my parent’s kitchen, wearing my mom’s beautiful frilly apron (which I still have in my possession). When they saw my passion for performing, they enrolled me in music lessons – which gave me the chance to travel around the globe doing what I love at a young age. Since then, I’ve released an EP called 7 Different Sides and had the opportunity to open for the formidable Boy George. Now, I’m getting pumped to release my first full-length album “dropdead”, which includes four of my recently released singles.

The common thread I hear all the time is that my music is theatrical (see Phantom of the Opera above, ha!). Beyond that, it’s the kind of music I’ve always enjoyed – pop, with a message or story. Writing style for me starts with an idea or concept, which is then flushed out with a bottle of wine, a mic I bought 10 years ago, and my computer. I try to write at least one song a week, and then flood my long-time producing partner Gavin Bradley’s email with demos. 75% of what I write never will see the light of day, but the other 25% I take into the studio with Gavin and we polish it up for release.

I just finished my “No More Trips” tour this summer, which took me to a bunch of amazing cities across Ontario. Coming up, you’ll be able to catch me at the Pink Pages 30 Year Anniversary party at the Palais Royale on October 10th. I try to inject as much humour as possible into my shows – still being a developing artist, I hope that even if people don’t like the music, they can at least walk away with a good laugh. As for the music performance, you can bet your bottom dollar it’s always accompanied by some dramatic concept that I’ve spent far too much time overthinking!

Besides my new single “Anyway”, I would suggest checking out the lead single “Poison” from my upcoming album. It’s based on the Nelson Mandela quote: “Resentment is like drinking poison and then hoping it will kill your enemies.” A heavy topic I suppose, but I made it a pretty cheeky dance track that’s fun to listen to when you’re pissed off at someone.

I’m always trying to hunt down and discover other queer Canadian artists. Some of the amazing people I’d recommend are rapper MDL CHLD (who also performs all his music with ASL interpretation – he’s also on my track “Poison”), Grace Bakker (you might know them from The Launch, but they were also kind enough to include me in their amazing fundraising event “Proud To Create” for Rainbow Railroad this summer), Gavin Bradley (not just because he’s my producer – his stuff is really fantastic, check out the album Deep Freeze), Jeremy Dutcher (because duh, and also, Google his performance at the JUNOS this year – it was iconic) and Velvet Code (an amazing electropop singer and songwriter based in Toronto). I could go on forever, but definitely check these queer artists out!