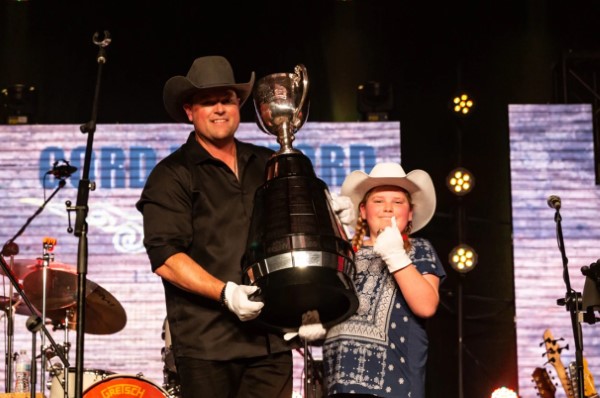 The Gord Bamford Foundation is pleased to announce that $464,755 was raised during the Canadian country singer’s 12th Annual Charity Golf Classic on August 7 and 8. Started in 2008 by Canadian country artist Gord Bamford, the recent contributions to the foundation now surpass a fundraising milestone of over $4 million raised to date for children’s charities across Canada. The event is held in central Alberta and presented by JEDCO Energy Services Corp. This year the event also saw its first-ever live pledge drive that raised $76,000 for featured charity The Central Alberta Child Advocacy Centre (CACAC).

“This event all started as a dream back in 2008, to support local charities and children in central Alberta,” explained Gord Bamford. “Now over time we’ve seen the impact these monies can have to support groups such as the CACAC, Make-A-Wish Foundation, MusiCounts and countless other organizations so they can fulfill their dreams. I am so proud of support we’ve received from donors, businesses and friends and to keep hosting this event in my home province.”

Bamford was also honoured at the event by Jeff McWhinney, Keeper of the Grey Cup. Both the singer and Make-A-Wish recipient Abby, whom Gord had presented a $10,000 donation to earlier in the evening, received white gloves to officially receive the historic trophy. McWhinney also placed his father Glenn’s Grey Cup ring, won in 1954 as an Edmonton Eskimo, on Abby’s finger.