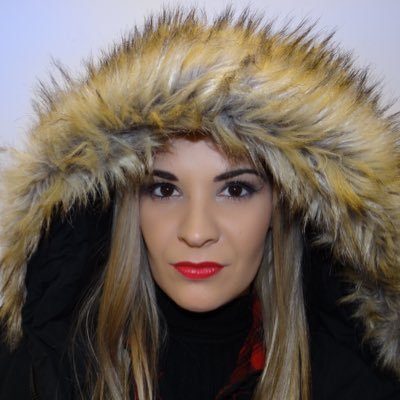 Check out the single below, and find out more about Prescilla in our Five Questions With segment.

Prescilla Una, Artist Entrepreneur for the past 7 years from Toronto. I’m currently working on my 2nd LP Enlighten. I’m an intensely passionate creative and business determined soul looking to make a positive change in the world with my music, under my own label Peaceful Revolution Music. I’ve been singing since I was a kid and played flute for 8 years before I picked up the guitar in 2008.

My creations are my favourite types of music which is eclectic, indie pop, inspired by my crazy beautiful life. I typically write from a poetic standpoint or from a dream I had and waking up with a new song… weird but true. I always wrote with rhythm in mind. My inspirations are the people in/was in my life and my situations, along with my world views. In the future, I’d love to write about something foreign to me or a fictional story. I get inspiration from other creative artists such as Janis Joplin, Sade, Joni Mitchell, Lana Del Rey, and Madonna.

Not yet, but keep in the loop for future performances via Instagram @PrescillaUna

It’s hard to choose only one song because each song is very different as I go from genre to genre depending where the song takes me; Hip Hop, Rock, Folk, EDM, each song is a wild journey. From my new album Enlighten, I would recommend a song called Dick/Electric Guitar. It’s a super fun track about my chaotic dating life after I left my on-and-off fiancé last year. It’s very indie pop and sounds like a mix of Fitz and the Tantrums and Nancy Sinatra. I would also highly recommend a song called Better Place Than Heaven which has yet to be released.

Jessie Reyez – Her first single  “Figures”  touched my heart. I remember I was in my former bf’s car at the time and was about to break up with him for good. The song and moment in my life was true synchronicity. Her soul is really in her music. Also, love that she, too, like Lady Gaga went thought some hard times with Producers but survived and stayed strong.

Bob Moses– Love the mix of rock and EDM. Their songwriting always on point! I love how they met in Detroit by accident, went to school together before they reunited for good.

The Weeknd – One of my friends who was also in the music scene loved this MJ-inspired cat from Scarborough. I fell in love with his music after I heard “Starboy” and after he collaborated with my all-time fav Lana Del Rey.

Metric – This band was one of the first Canadian rock bands that were a part of my first cover sets when I started out in 2012. For me, it started from album Fantasies. Well deserved Juno in 2013. They keep on pumping out great music!!

Mac Demarco – Funny crazy guy, sweet romantic music – his image doesn’t match his music at all but it works. LOL.

Deadmau5 – He gained my respect when he was the first EDM artist to fill up the previously named Air Canada Centre. He really was the one who pioneered the EDM scene for other International artists in Canada. His music album Random Album Title was part of my early 20s.  Now he’s helping other artists on his label Mau5trap nowadays. I look up to him supporting the up and coming new. Ultimately, it’s what I want to do in the future. This song came out when I was leaving my 1st fiancé and stared a new life with 2 other fiancés. These 2 men were into drugs and I found myself into a 2-year addiction. The best time of my life, living fast, not sure how I’m still alive.