Five Questions With The Weather Wild 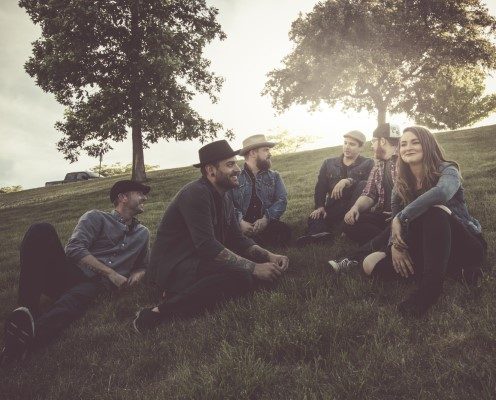 Niagara band, The Weather Wild have unveiled their debut single, “Oh My God”, along with a lyric video for the track.

“It’s really about a patient I encountered during my time as a paramedic. This patient was having a really tough time in their life and during a moment of clarity pleaded for someone to give her the strength to fight again – to help get through this – and that stuck with me. We all need a little help sometimes, we all need someone to listen.”

Check out the lyric video below, and find out more about The Weather Wild in our Five Questions With segment.

We are The Weather Wild from St. Catharines – we are 6 people from completely different avenues and musical backgrounds that have somehow managed to capture those sounds in a coherent package. With its diversities and intricacies – our music has a little something for everyone.

Our stuff kind of comes together organically. Someone has an idea – and we all sort of expand on it. The fun of this band is not knowing what any one song idea will sound like on the other side. Will it be Rock? Folk? Punk? Polka? Who knows?! We never know right away. Since we all have such different tastes – anything can happen. The important thing is that nothing is really off-limits – and that really allows you to flex your creative muscles.

We have been sort of enjoying the summer a bit as it wraps up, so our next confirmed show isn’t until Cicada Music & Arts Festival in October alongside a pretty incredible line-up. We are in the early stages of planning an EP release show too. Our live show is something not to be missed. Lots of crowd participation – dancing, singing, chanting, banter…everything you want in a live music experience. We pride ourselves on knowing people are going to have a good time when they come to a Weather Wild show.

Our new single Oh My God probably encapsulates the catchy, short punchiness of our indie/punk background and yet it still manages to be steeped in alt-country rock n roll. It’s one of those deceptive songs that lead you toward hearing one style – and before you know it, you’ve arrived at the chorus and a whole new sound steps in and leads you away from where you thought you were headed.