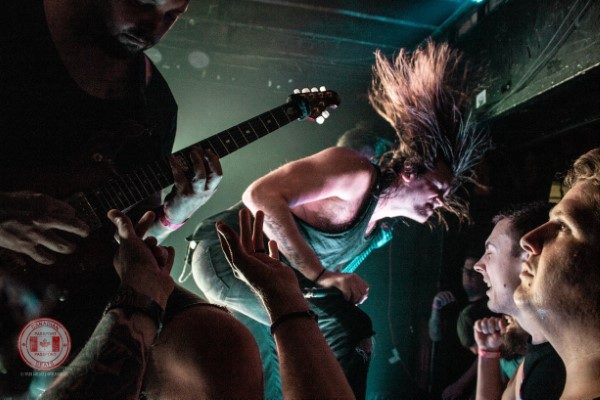 After nearly decade without releasing a full length, Texas metalcore outfit Oh Sleeper unleashed their fourth full-length Bloodied/Unbowed back in July. To support it, the band embarked on an extensive tour with Famous Last Words, Convictions, and their labelmates Empty. It’s the tour that fans had been hoping for for a very a long time, and Oh Sleeper’s London, ON show at Call The Office was proof of that.

London, Ontario’s Wind Cries Mary opened the night, as Empty could not make it to the venue. Wind Cries Mary is a metalcore band that has been picking up more traction in the area over the past few years. Their headliner at London’s Rum Runners back in July had a solid turn out. During their Call The Office set, they grabbed the audience’s attention quite quickly with their SpongeBob SquarePants sample intro. Wind Cries Mary is a band with longevity and have kept a solid presence in London, Ontario. They’ve solidified their sound as lead guitar-driven metalcore like that of the early 2000s era but with a dash of deathcore. It’s refreshing to hear their sound as it’s what a lot of the local scene grew up on. With crushing breakdowns and a commanding stage presence, Wind Cries Mary was a perfect supporting act for the show. Wind Cries Mary’s latest EP The Phoenix is out now on all streaming platforms. 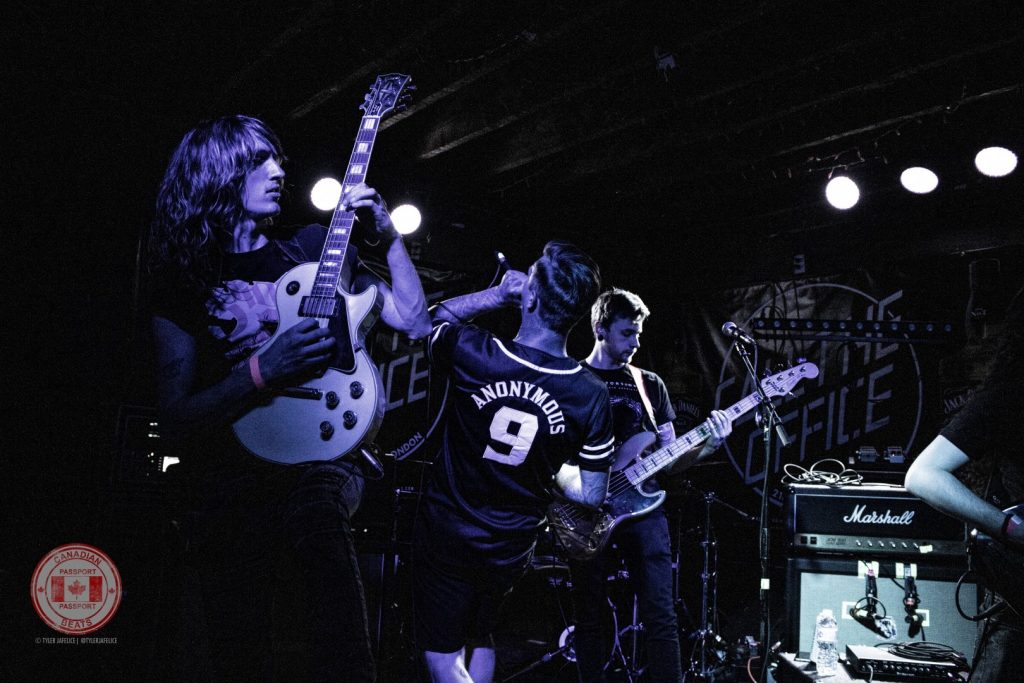 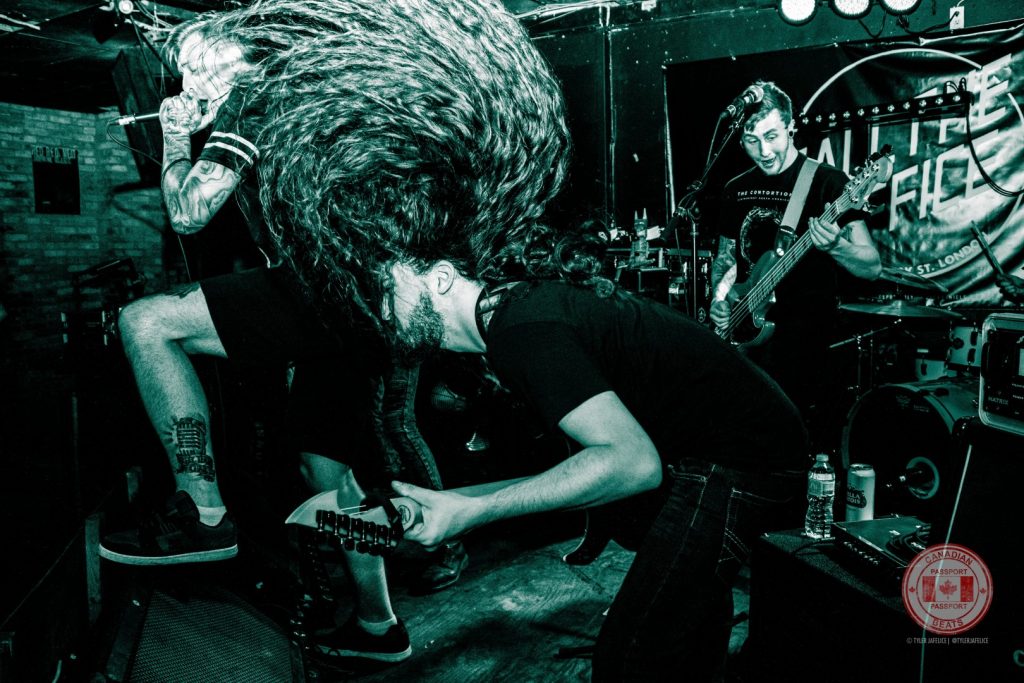 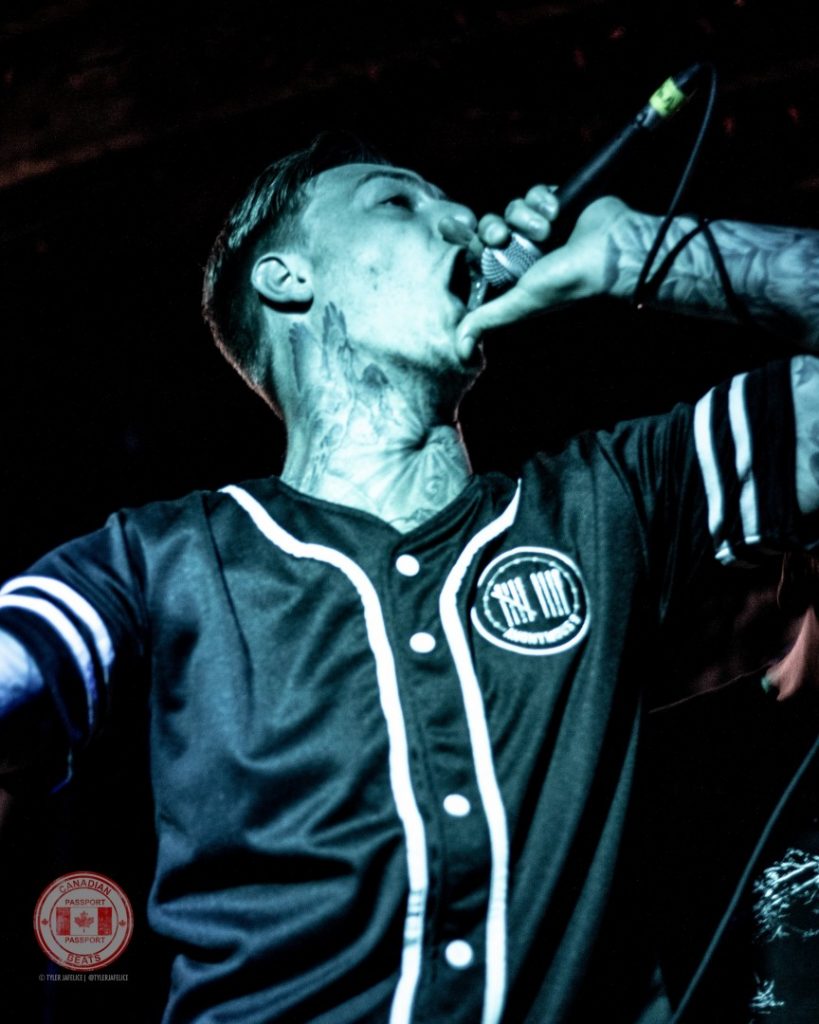 As Convictions was doing a soundcheck before their set, the guitar player broke out the opening riff to Underoath’s “In Regards To Myself” and it set the mood for their chaotic set. During their set, vocalist Michael Felkner was very personable on stage, having banter between individuals in the audience and uttering things like “Hey you in the Slayer shirt, come closer”. They started their set with “Divided”, a track with hooking nu-metal riffs and jarring dissonant chords. The song then opened into a big chorus with melodic vocals from bassist Danyal Suchta. One of the most important parts of Convictions’ set was when Felkner took time to speak about the band’s personal Christian faith, and how their beliefs will always be centered around love rather than judgement.

Convictions’ latest album Hope For The Broken is out now on InVogue Records. 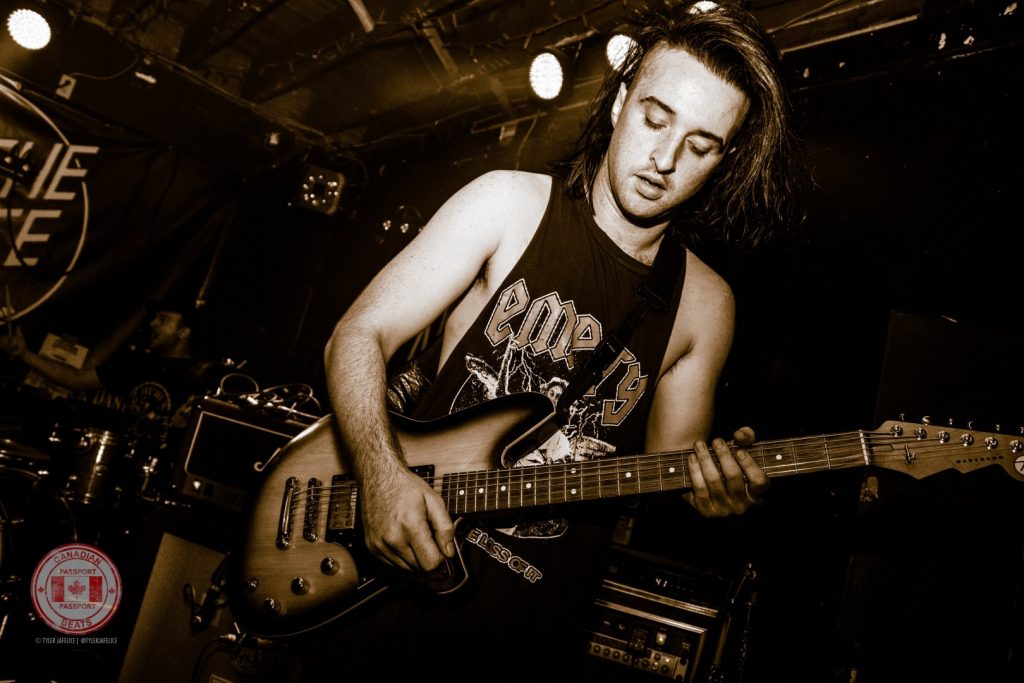 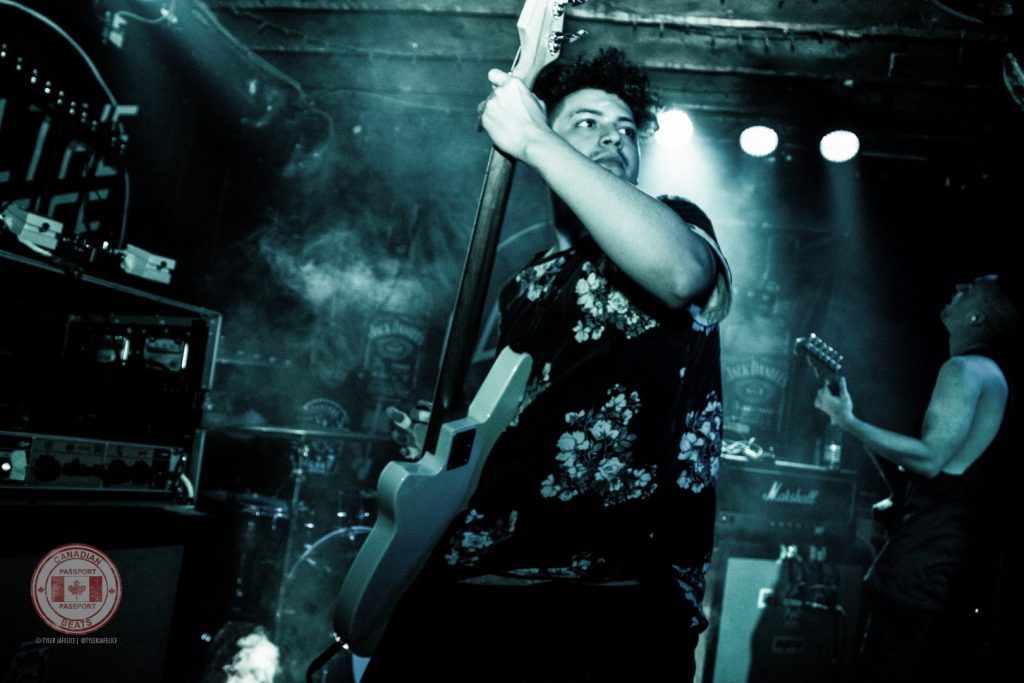 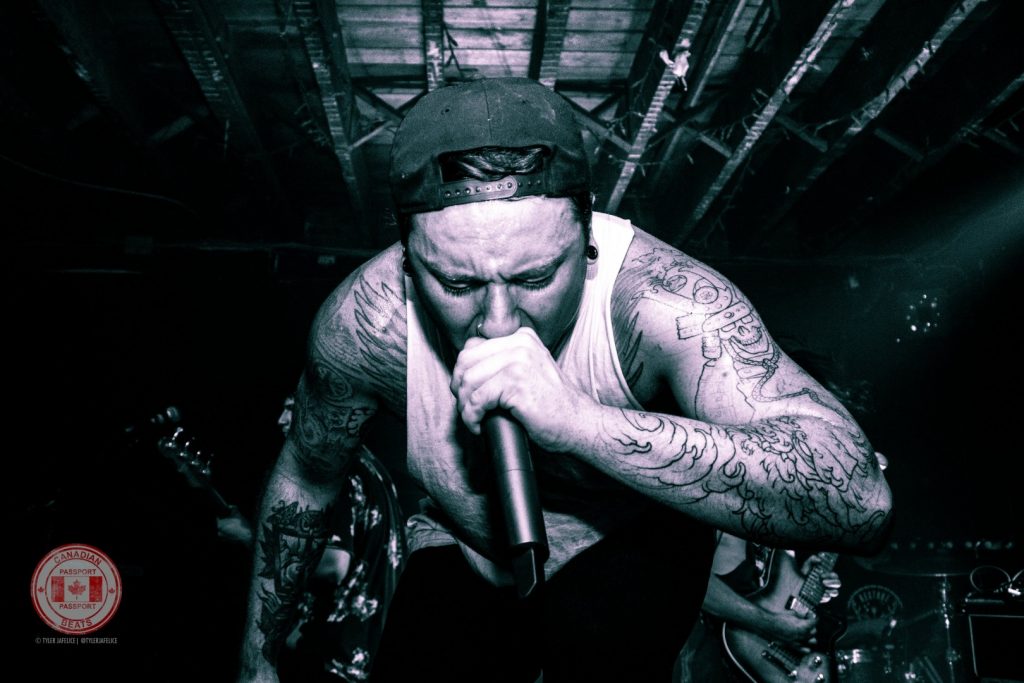 Famous Last Words is a band from Petoskey, Michigan who have developed a loyal following for their captivating concept albums and theatrical lyrics. They have been active for almost ten years now and have turned a new leaf with their latest ep “Arizona”. For their past three full-lengths, Famous Last Words have painted elaborate stories with their albums, but “Arizona” shifts the focus inward and focuses more on vocalist Jeremy Tollas’ own life struggles. Even with the new direction, their set at Call The Office was full of old fan favourites from albums like “Two-Faced Charade” and “Council of The Dead”. Famous Last Word is excellent at having dynamics in their songwriting; Tollas had great range live in his screams as well as excellent control in his clean vocals. Their set was both a throwback to the old material as well as a reassurance that they are far from finished. 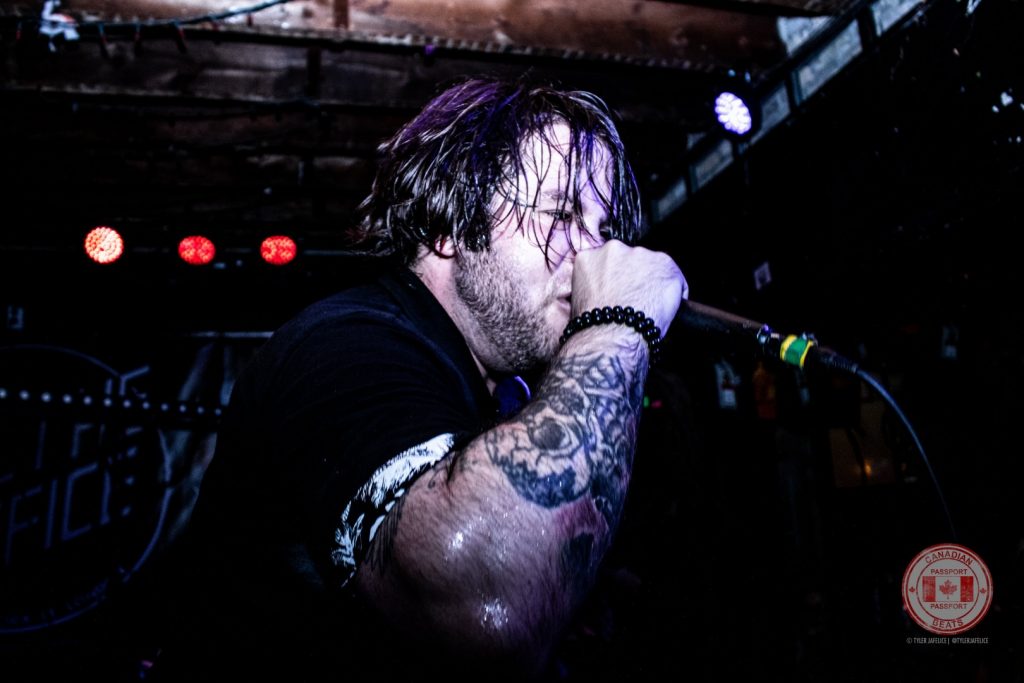 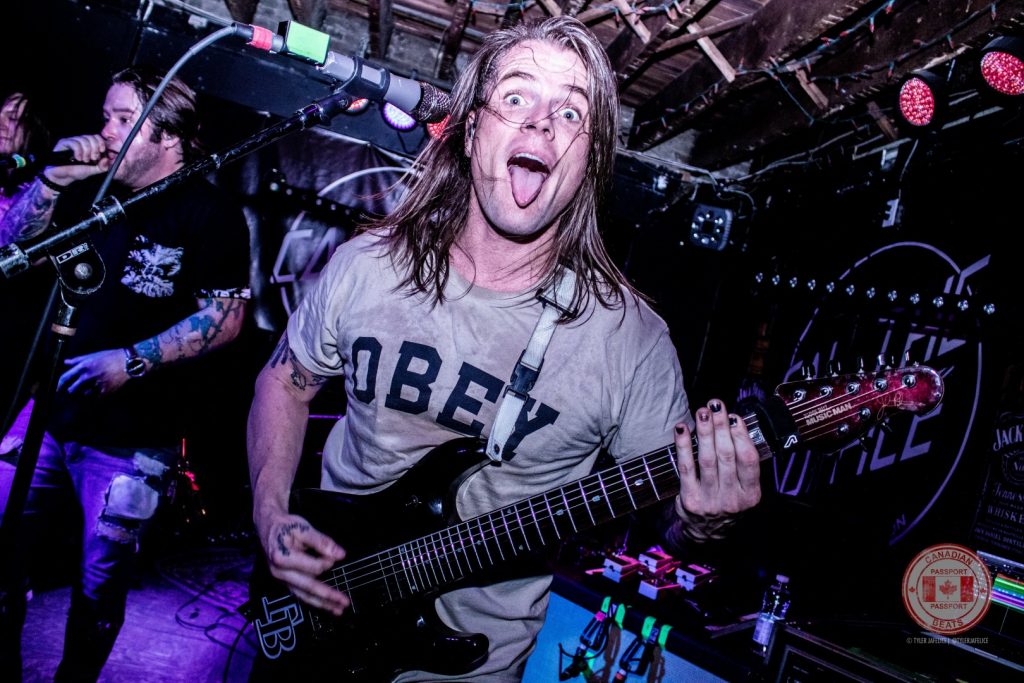 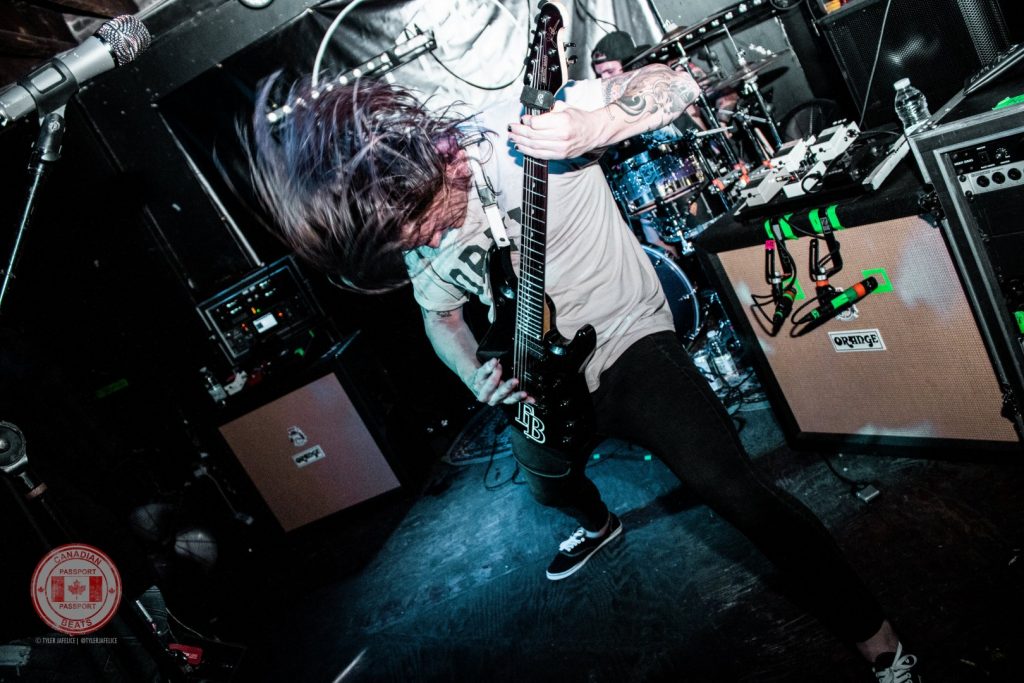 Oh Sleeper’s set began with the intro sample from their 2009 album “Son of The Morning”, and as they burst into the title track, the lights came on and fans lunged over the stage screaming the lyrics. Oh Sleeper’s cult following had feared the future of the band for a long time with its members moving on to other projects and with very little updates on the band’s social media. Some fans didn’t know if they’d ever get to see them live again, and some didn’t know if they’d ever see them at all. Fast forward to 2019 and their fourth full length “Bloodied / Unbowed” is the new album fans had hoped for and seeing it live seemed surreal for many of them at the show. They played material from their latest album as well as a few from their sinister 2011 album “Children of Fire”. There was endless mic grabbing from the audience all night one fan even stepped on stage to sing arm and arm with vocalist Micah Kinard. Michael from Convictions hopped on stage for guest vocals during the ending of “Hush Yael” and fans braced him as he leaned over the crowd. During their last song “Endseekers”, guitarist Shane Blay started coughing during the bridge and had to step away from the mic. Fans then sang his part over the band and Blay had a look of gratitude on his face. After the band left the stage, fans immediately called for an encore and were grated one after a suspenseful wait. The band sealed the night with “The Finisher” and Kinard said from the stage “we are definitely coming back here”.

Oh Sleeper’s long-awaited Bloodied / Unbowed is out now on Solid State Records. They have just finished their North American headliner and are now supporting Hawthorne Heights and Emery on their 15-year anniversary tour for “Silence in Black and White” and “The Weak’s End”. 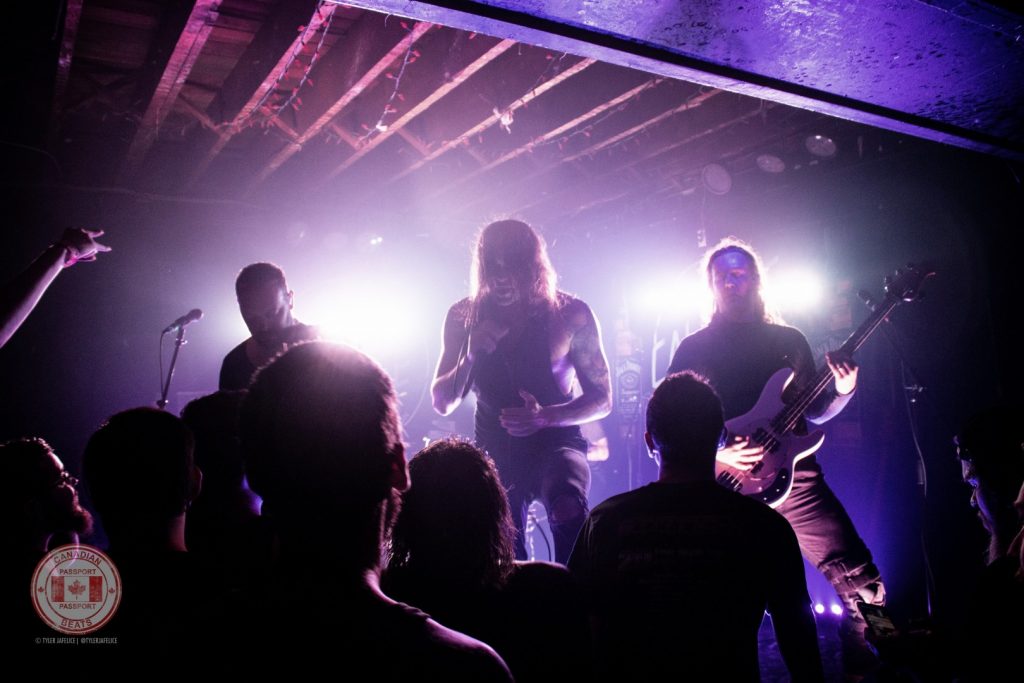 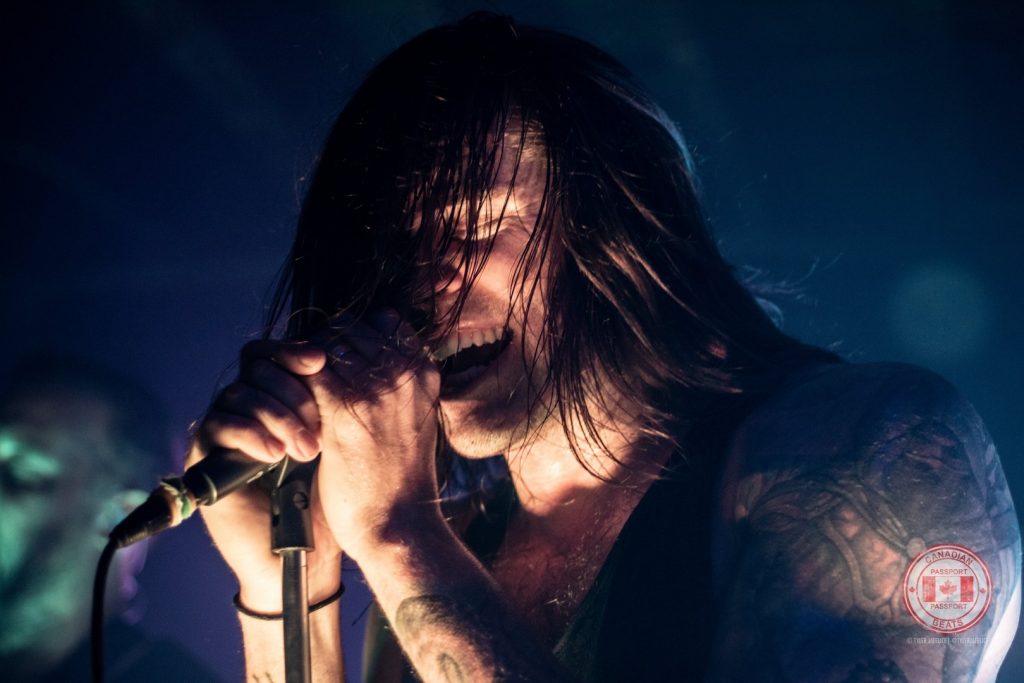 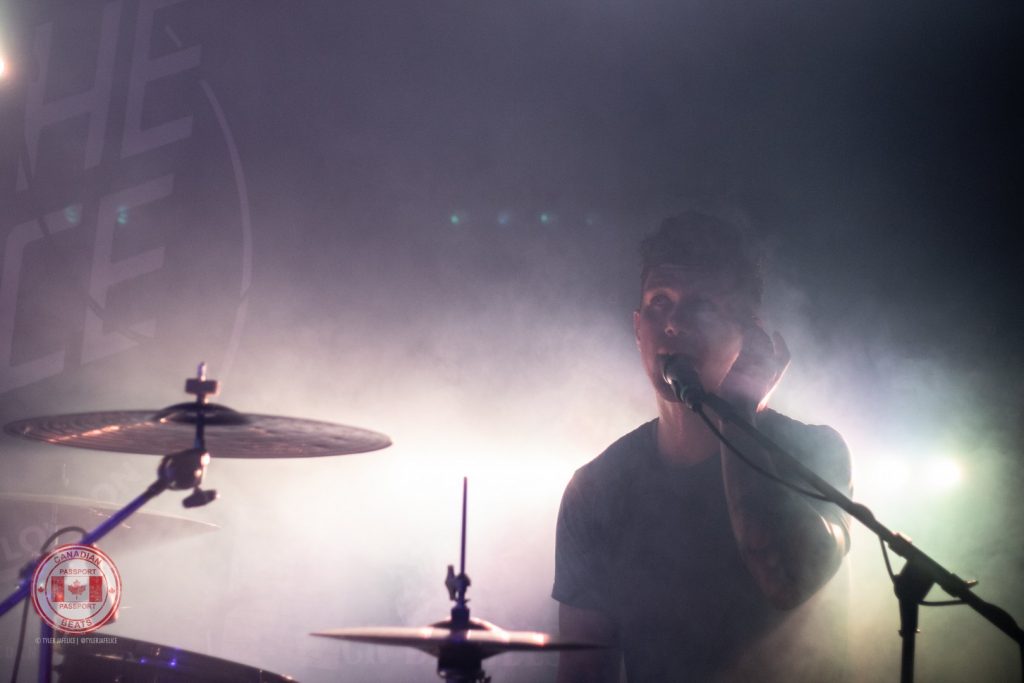 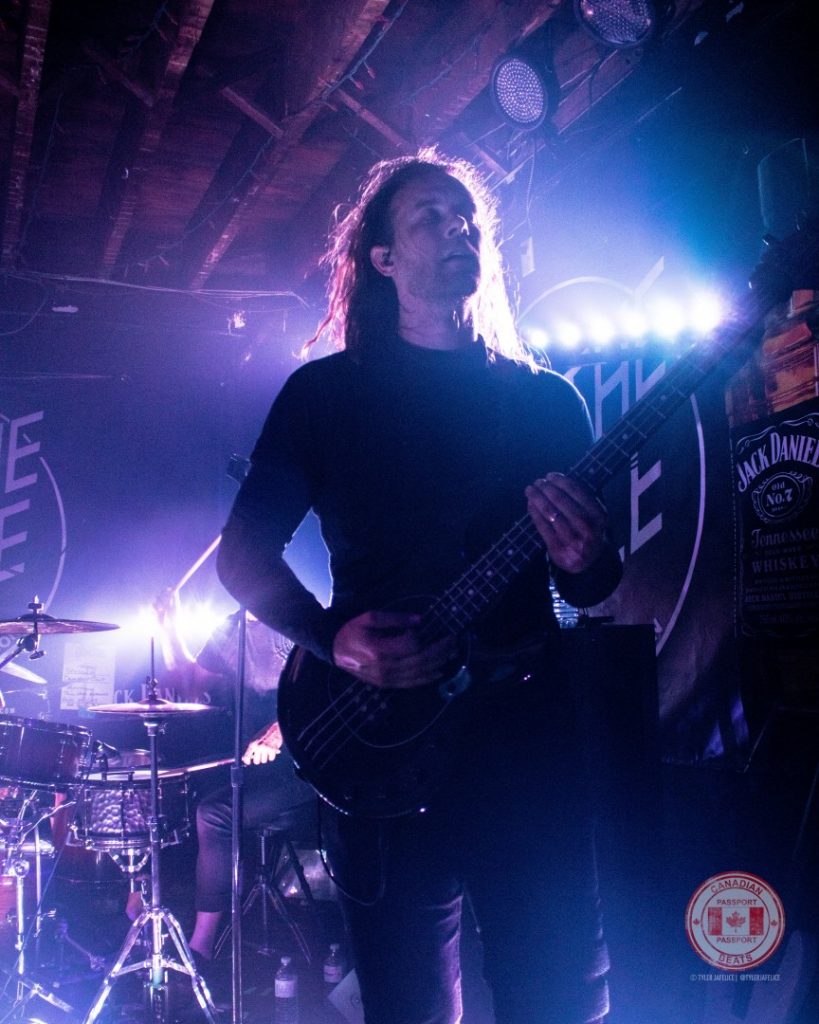 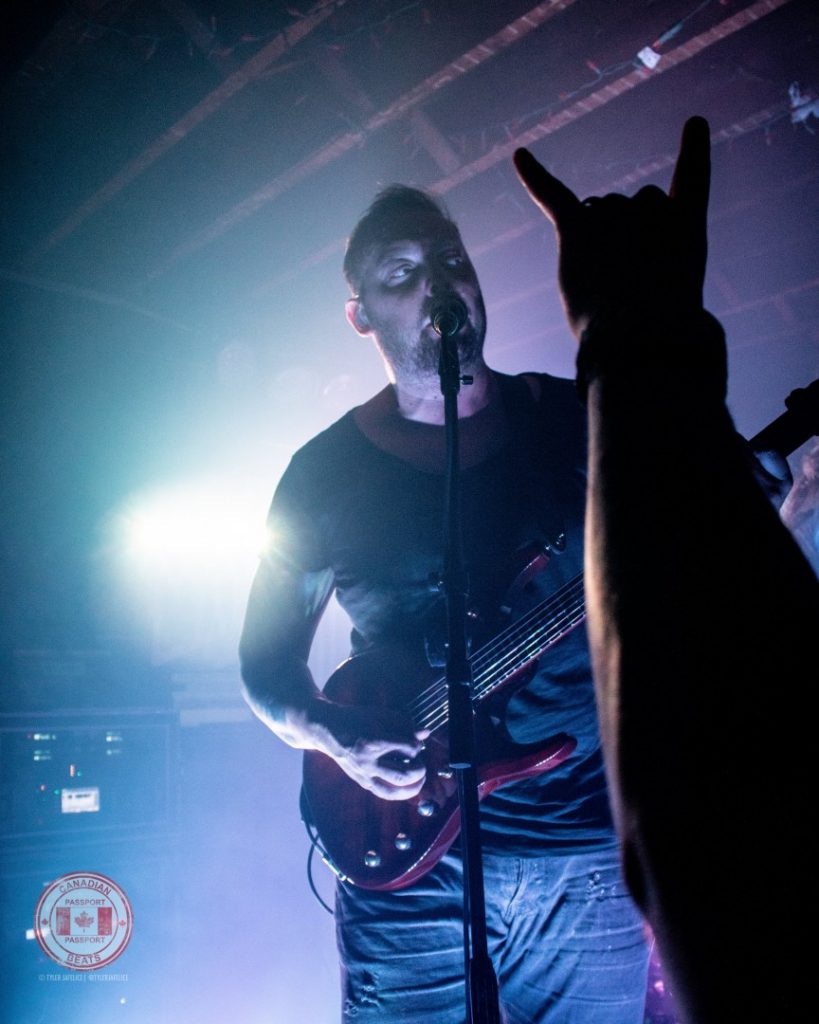