Five Questions With The Beelays 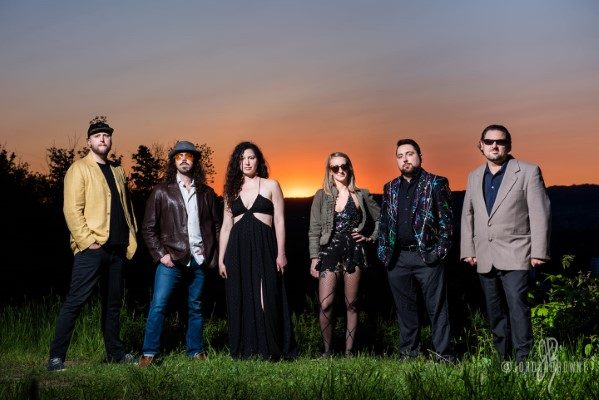 Hamilton, ON-based six-piece, female-fronted, funk-rock fusion band, The Beelays have released their brand new single, “Get To Me”.

“The song has a soulful funk vibe with elements of rock and pop. It is about being with someone you shouldn’t be with and how you let them ‘get to you’. It is about the struggle of realizing that you allowed someone into your life and that they did more damage than good and how you were blind to the process. We recorded it at the historic Grant Avenue Studios in Hamilton with the very talented Amy King. Continuing with the Hamilton theme, we decided to shoot the video at the old CH building, previously known as the Lyric Theatre. We also asked our amazingly talented friend, Pamela Gardner to provide us with the artistic flare of silks. We felt the industrial run-down vibe of the location mixed with the beauty of the silks art describes Hamilton and the song perfectly. Paul Maxwell brought this idea to life by capturing the essence of the beautiful mess of love we can all find ourselves lost in.”

Check out the video below and find out more about The Beelays in our Five Questions With segment.

We’re The Beelays, a rock/funk fusion band with a unique sound and spunky personality!

The Beelays are a 6-piece band. We met at Mohawk College’s music program and we’ve dedicated our lives to learning how to play individually and as a band. As a result, we’ve developed a genre-bending catalogue of original songs that keeps the audience guessing and dancing.

When we write, anything goes.

Sometimes someone will bring in a song fully finished and other times its pieced together from different band members. It’s inclusive and completely equal between the six of us.

When we’re going through the creative process of writing, no genre is off-limits. We’ve experimented with afro-beat, disco, prog-rock, acoustic and everything in between!

Our big video-release show is happening on August 16th at The Gogue in Hamilton and we’re excited to be playing Grape & Wine Festival in St. Catharines on September 21, 2019.

We’re also playing regularly around the GTA and heading out on tour in October.

The Beelays are a wicked fun funk/rock/pop band, fronted by soaring harmonies from our two female lead singers (almost as if the Chili Peppers and Heart had a lovechild).  Each time we play we offer a deep musical connection between band members that is felt by the audience.

We aim to leave our fans feeling uplifted through our meaningful lyrics, soaring melodies, extremely funky grooves, and contagious energy.

Our new single and video “Get to Me” comes out on August 13th. This song is funky, poppy, and a whole bunch of fun to sing along to.

Five Alarm Funk, My Son The Hurricane, After Funk, KC Roberts and The Live Revolution.