After the two past crazy weekends of Heavy Montreal and Osheaga, we made our way back to Parc Jean Drapeau for the last major festival on the island, Montreal’s ÎleSoniq.

We started our day over at the Mirage stage, with a set from Toronto’s rapper Sydanie. Dressed in sequins from head to toe, and with a local crew of fabulous backup dancers, she lit up the crowd and got everyone ready to dance! The following act was a highly expected one, Ontario producer Murda Beatz. In front of a busy crowd who was not bothered by the light rain, the guy who’s friends with literally everyone in the rap game went through a few of his hits. 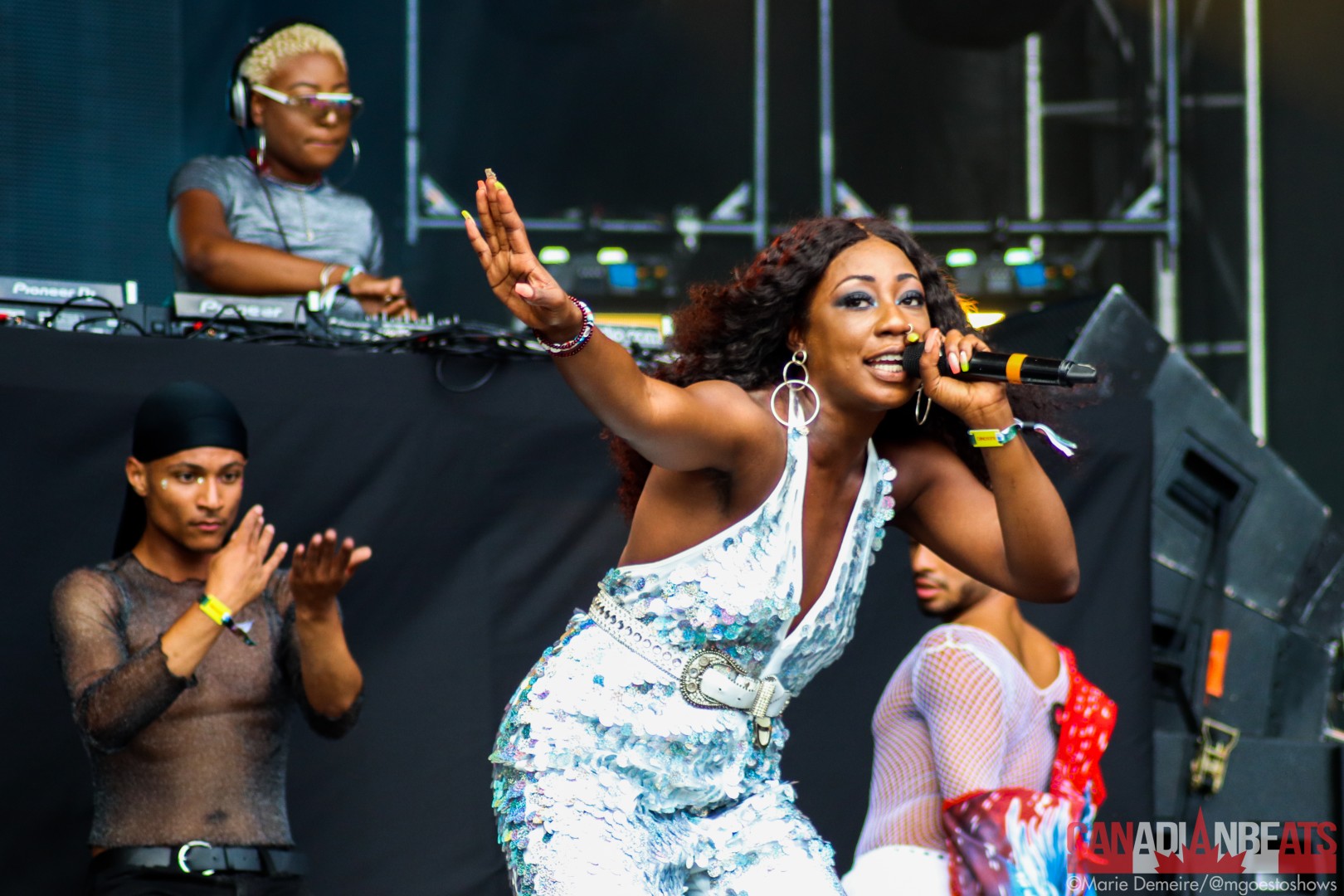 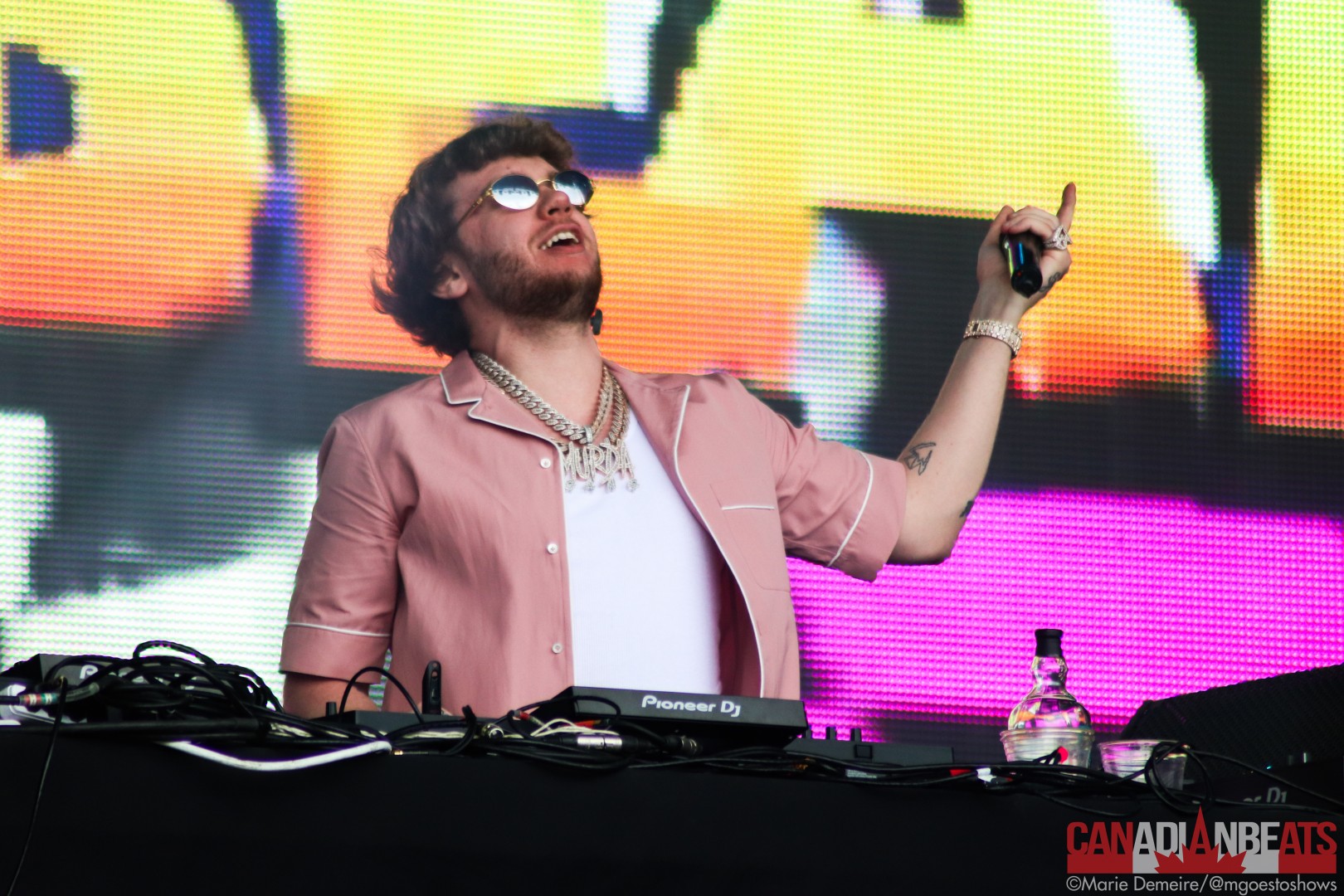 Then, things went south. The light rain got really intense, forcing the festival to pause all shows. Murda Beatz left the Mirage stage under a sea of booing, but was able to return after about 20 minutes and perform a few more songs. After the break, we headed to the Oasis stage to catch the end of French DJ Habstrakt. His shortened set was followed by the beautiful Nora en Pure, the current diva of deep house. 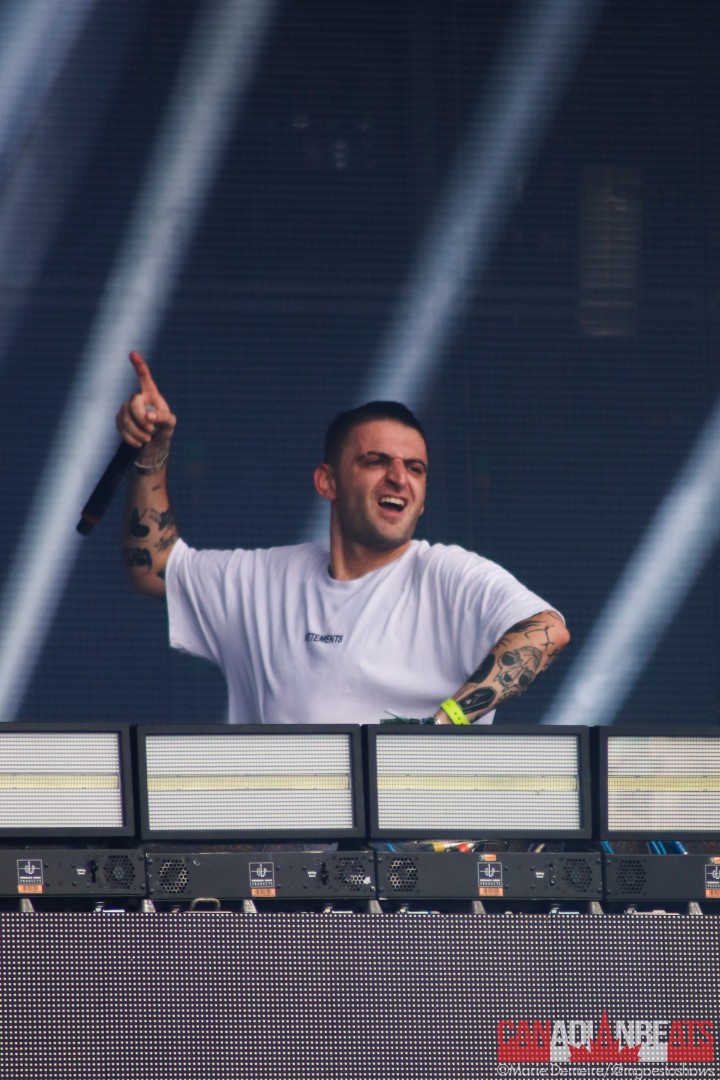 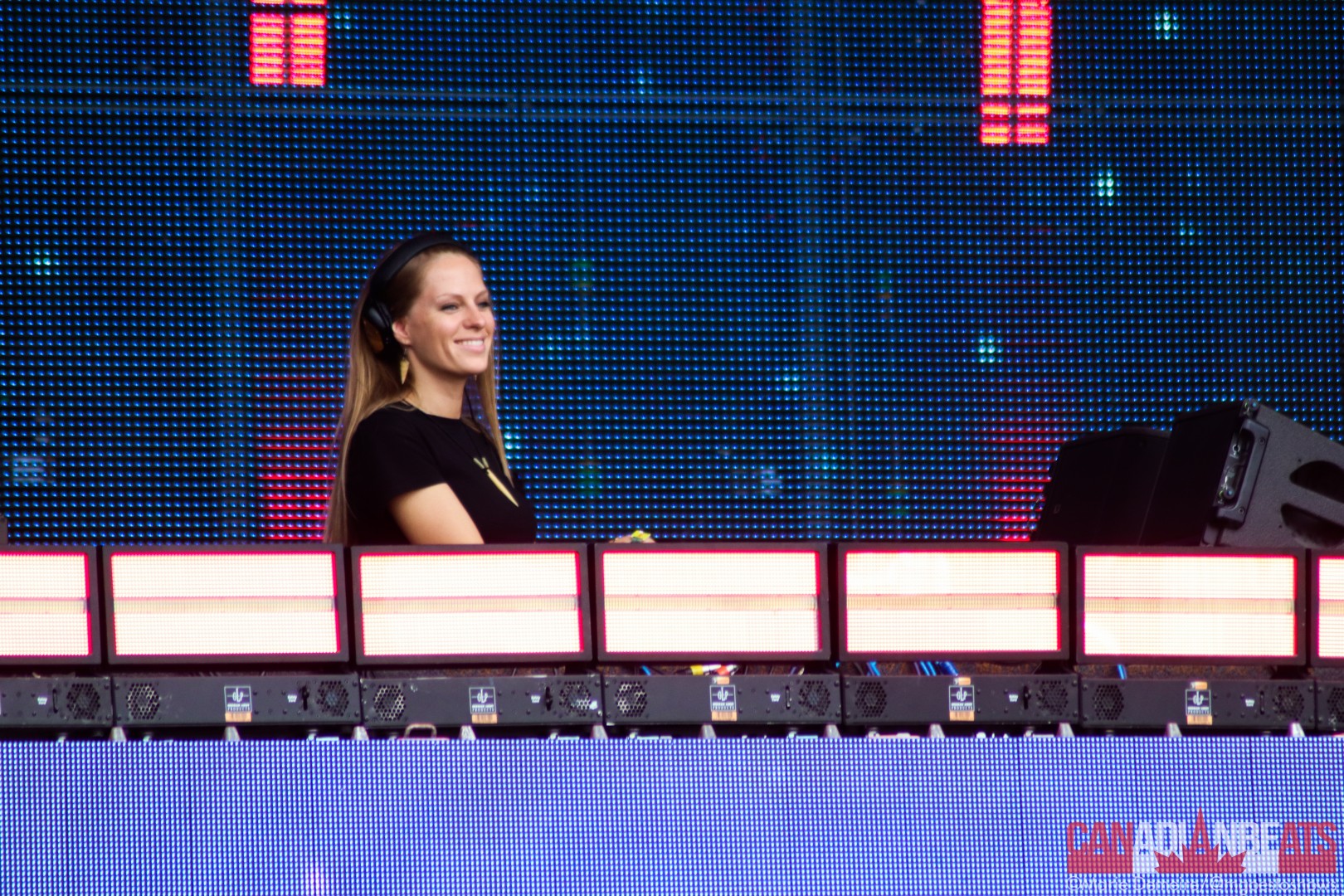 Unfortunately, a second wave of bad rain (this time with lighting and thunder) stopped the shows again for another 30 minutes. After shows resumed, we went to the Mirage stage to catch the set of 1000 Volts, a duo comprised of hip hop icon REDMAN and award-winning dj JAYCEEOH, who both managed to bring some energy back to a crowd who just wanted to come and dance! Back at the Oasis stage, Gryffin got the crowd excited by the sounds of his tropical, laid-back yet energetic tunes. 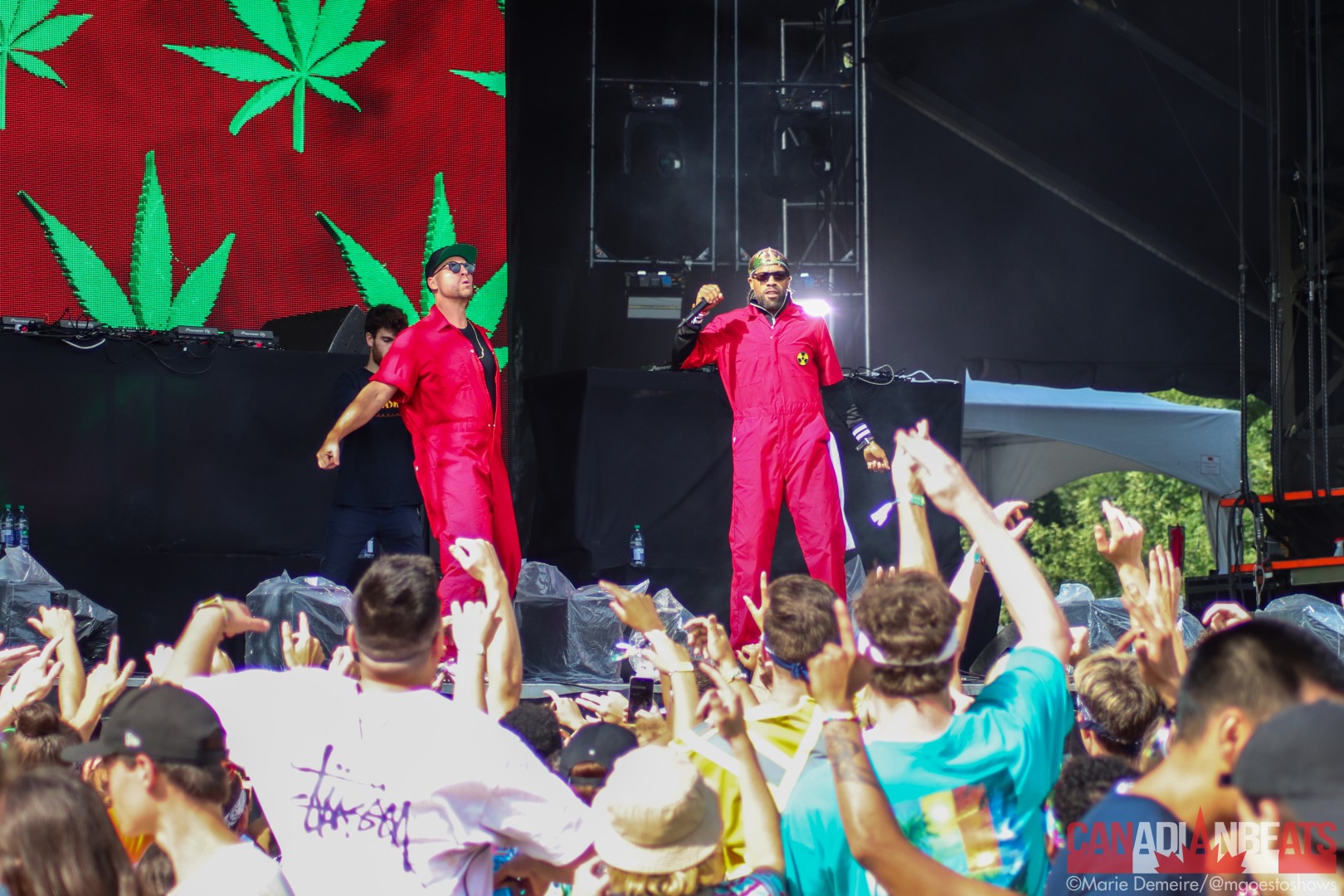 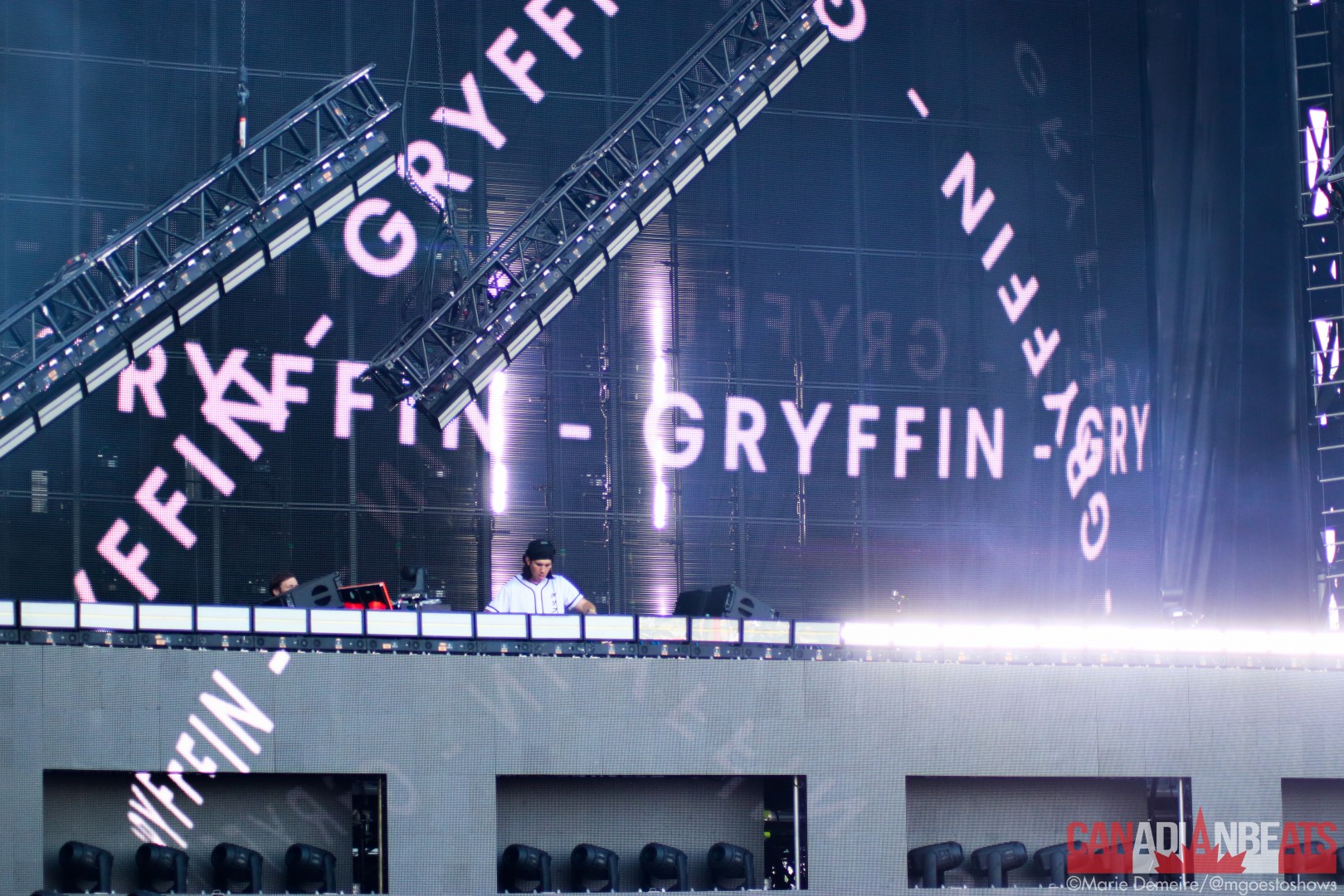 Dutch DJ Oliver Heldens took to the stage right after Gryffin, and set the place on fire (literally, first pyro of the day!), with a perfect mix of original songs, funky beats, and remixes of crowd-pleasers. The set made the audience feel so good, that a man came up onstage and proposed to his girlfriend (she said yes!), making it a cute memory for everyone involved. Back at the Mirage stage, Miami rapper Smokepurpp turned up with the crowd, giving on a top-notch rap performance. 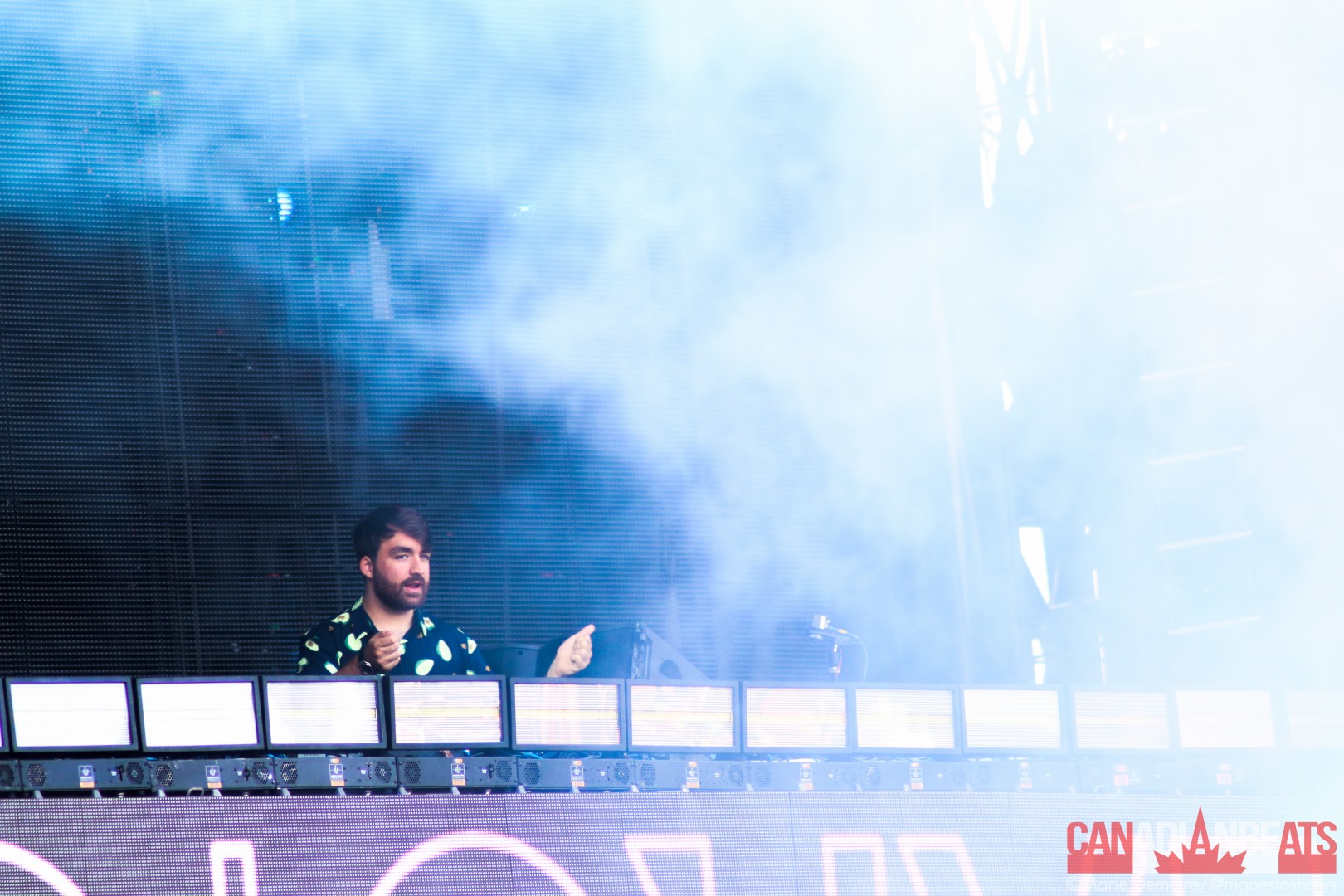 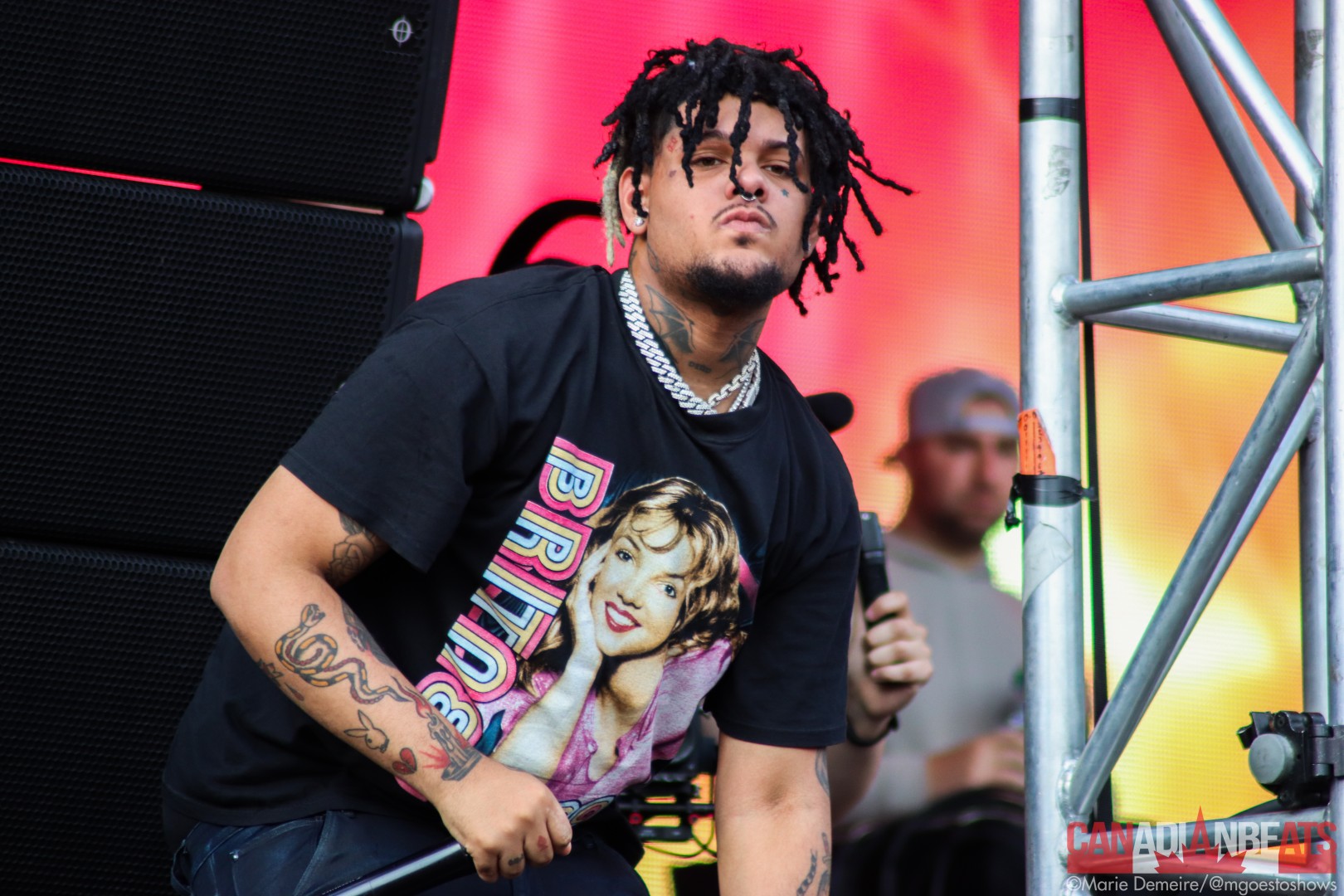 Back at the Oasis stage, British DJ Alan Walker put on an amazing set, getting a very packed crowd excited for the rest of the evening, with a blend of his ultra-famous songs and covers that you can’t not sing along to. The next set of acts felt like an amusing glitch in the lineup: right after we left the Oasis stage (that had been pure electronic music so far), America rapper Sheck Wes came onstage. Meanwhile, when we arrived to the Mirage stage (purely hip-hop at this point), Electronic duo Boombox Cartel began his set! An unexpected, yet amusing switcharoo, as things went back to how they were right after this time slot. 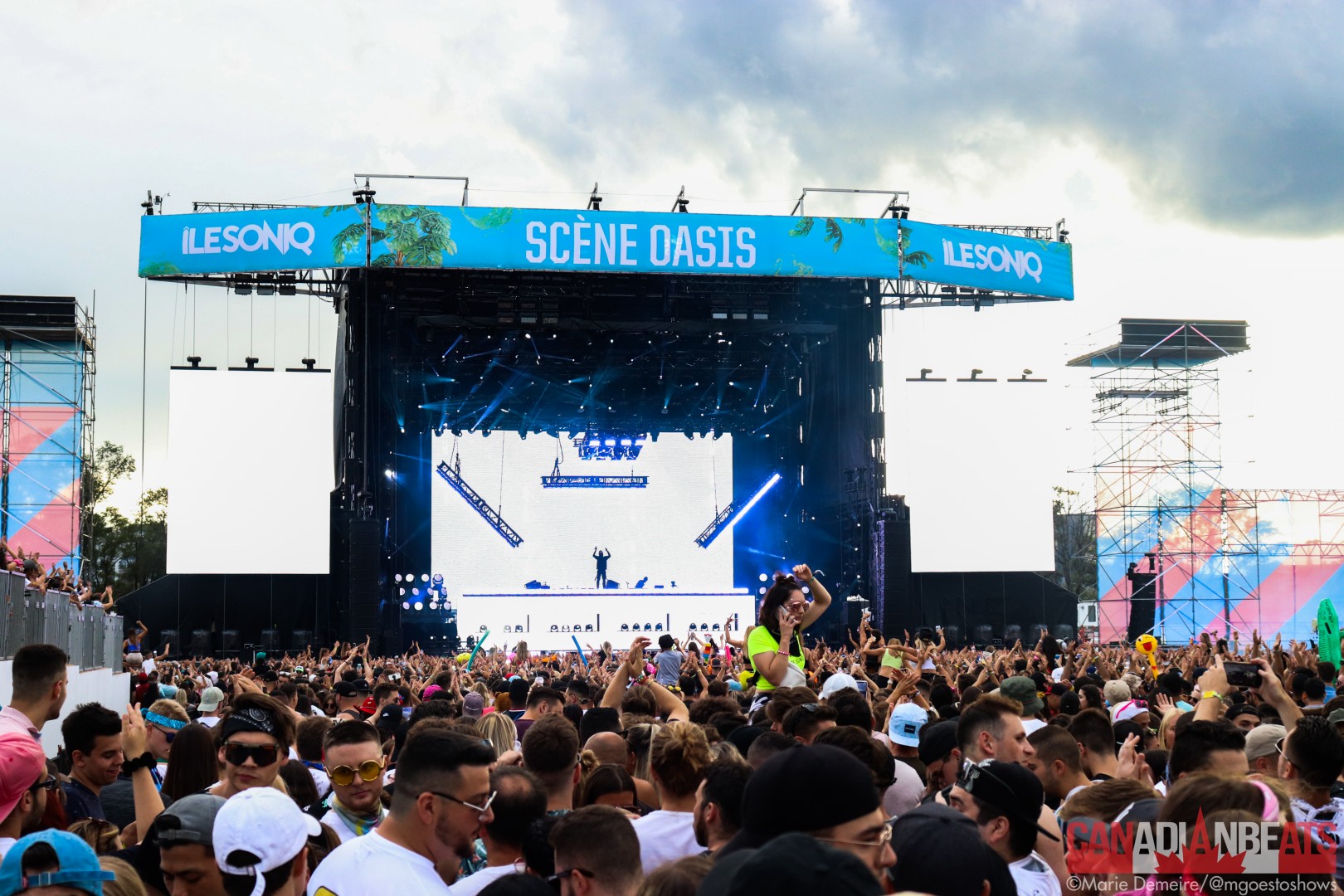 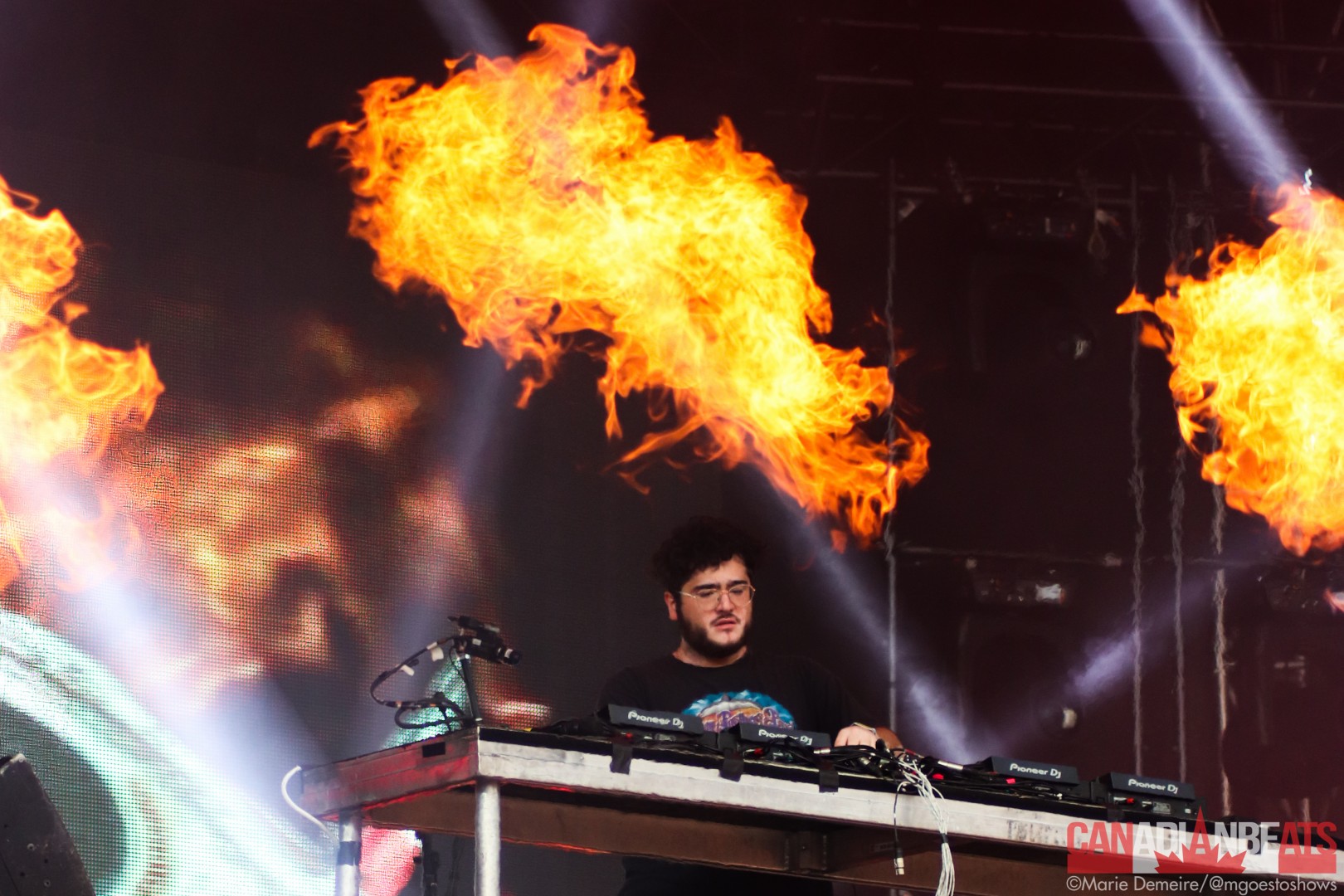 Last month, our next act was supposed to play at the Festival d’Été de Québec, but couldn’t make it as he got arrested before taking his flight to Canada (an often occurrence with big-name rappers). So let’s be real, a big crowd gathered up, but until he was up on stage, no one was sure he would show up. And around 8.15pm, Miami rapper Lil Pump did show up in front of a screaming audience, putting on a great set that definitely made up for the last cancellation! 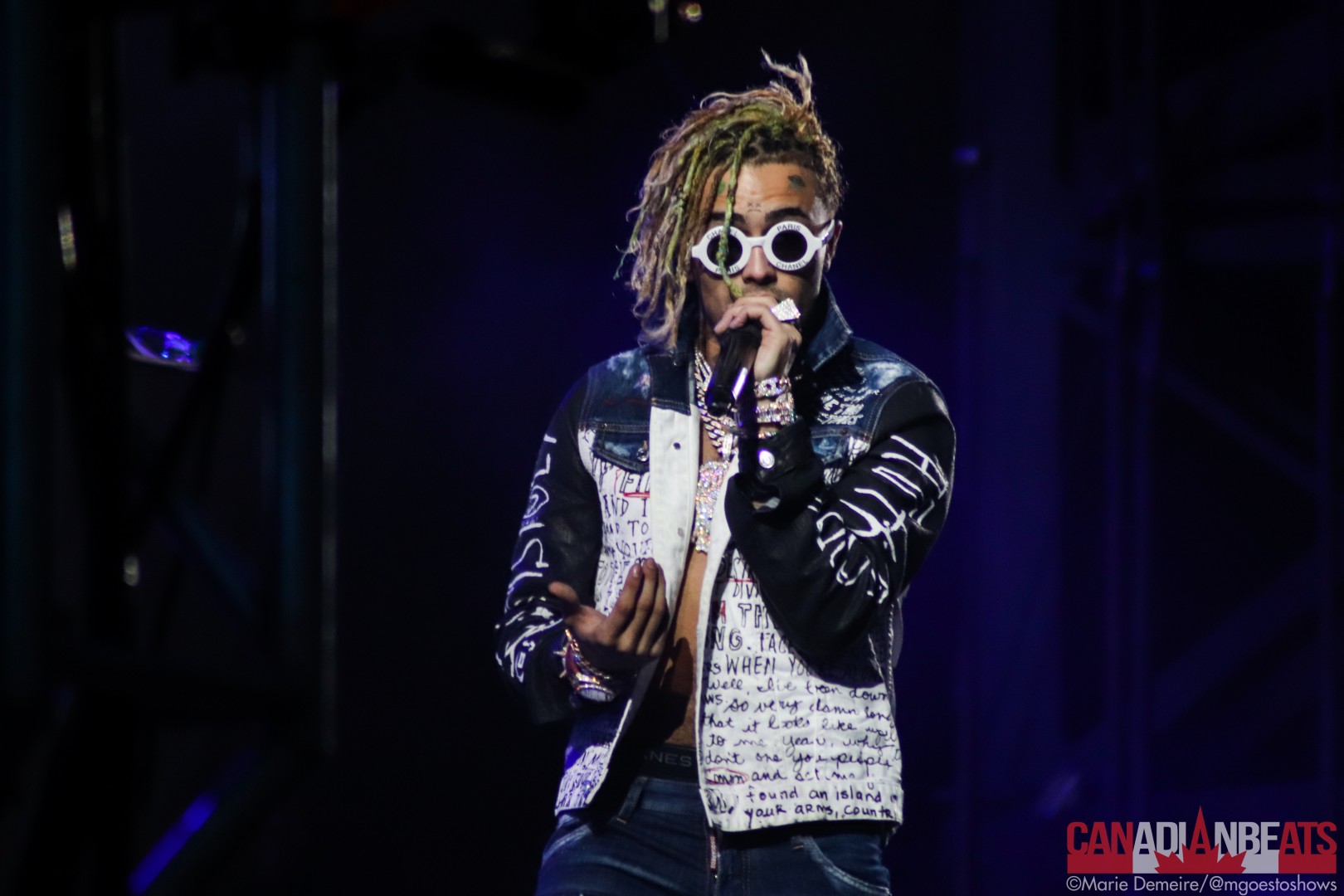 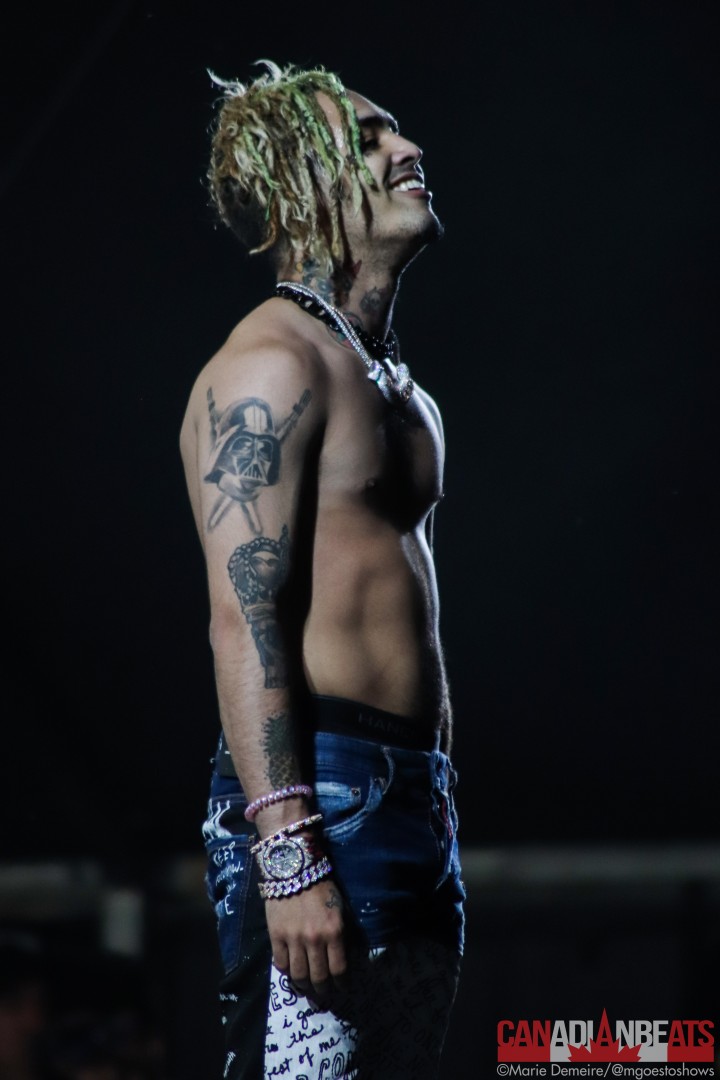 As Lil Pump walked off the stage, trouble struck again. All shows interrupted, organizers of the festival asking people to move back about 30 meters from the stage.. this was going to be a bad one. On our way to go hide at the media tent, massive lighting struck in the distance, and it started pouring down. After another half hour on hold, the thunder moved away and shows were able to start again, under a rain that was still pouring out. But that didn’t stop the fans! Latin sensation Bad Bunny still put on a caliente show, but in front of a crowd that was definitely much smaller than it should have been with nice weather. 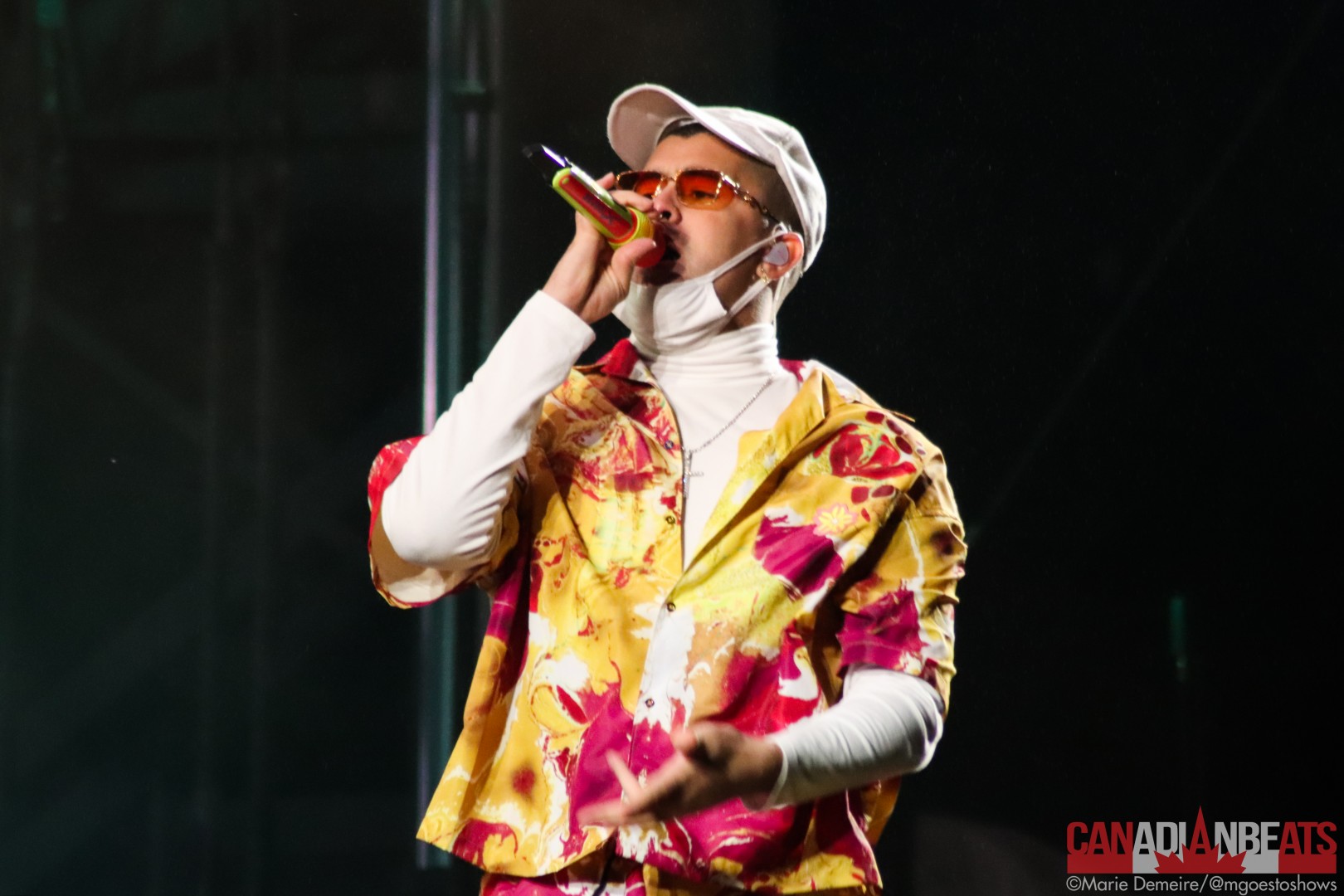 Finally, we stopped by the Oasis stage for a few songs, to see headliner Marshmello in action. Over there, the crowd was also definitely much smaller, but the people present weren’t bothered by the rain at this point, and decided to party the night away to the infamously masked DJ’s upbeat performance. 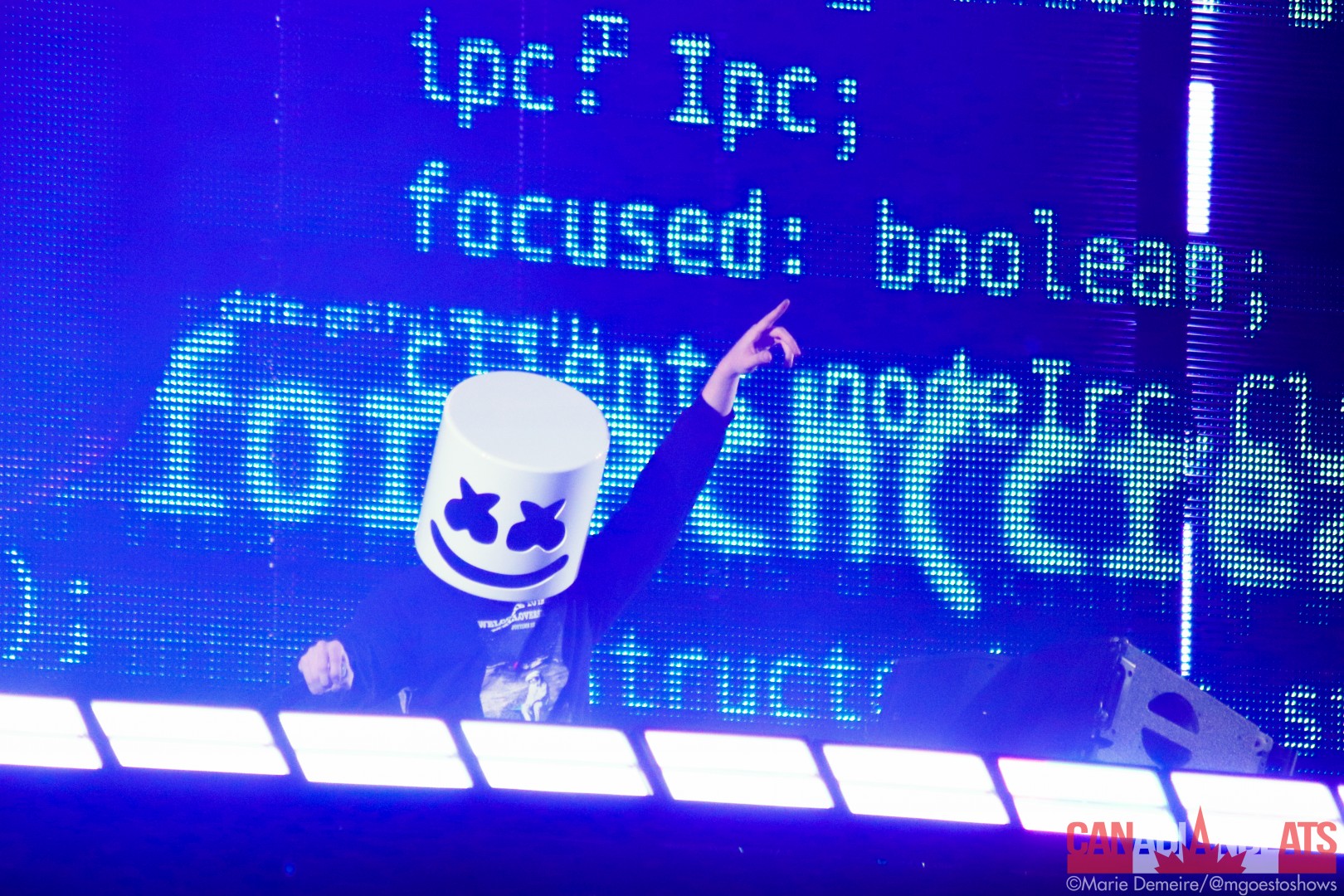 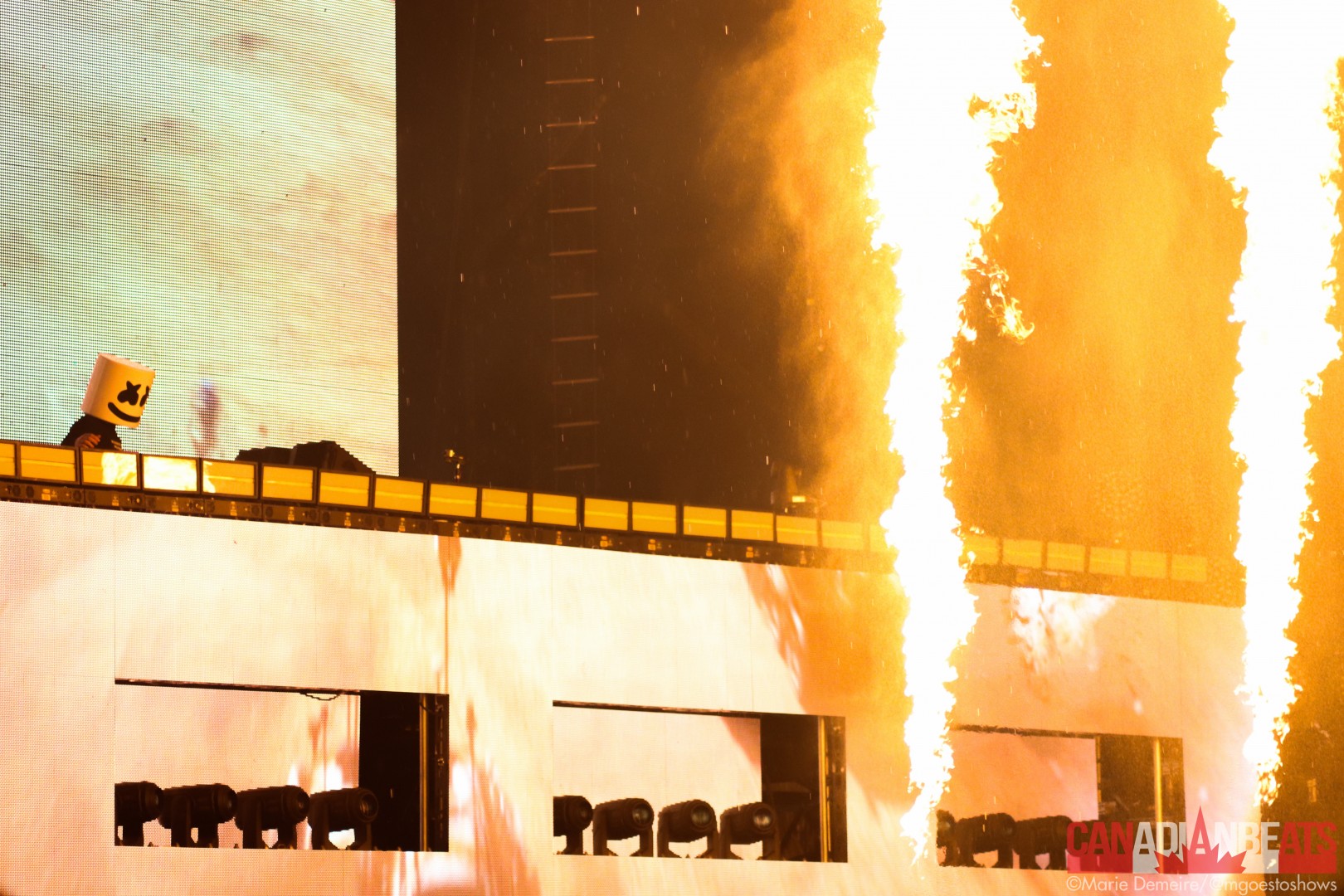 While this first day of the festival was really badly affected by the weather, we do want to give a shout out to the ÎleSoniq team for their professionalism. While this was creating a lot of frustration for some members of the audience, the festival did everything they could to inform the crowd of what was going on, and putting all their resources towards making sure everyone was safe.

For more photos of ÎleSoniq, check out our Facebook album!