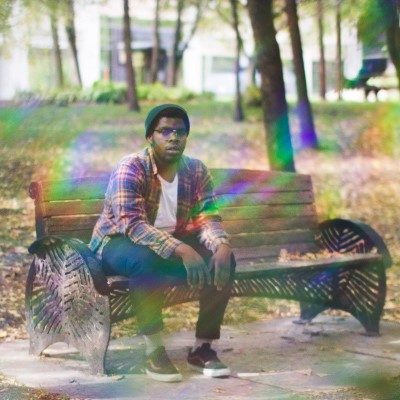 Winnipeg, MB-based, JayWood is the project from Jeremy Haywood-Smith. Today, we are happy to help unveil the video for the new single, “Moon Cats”, which showcases an electronic groove with funk, psych-rock, and pop inspiration.

“The inspiration behind this song came from the idea of taking a leap of faith. Lyrically it went through so many drafts to fill in the song, however, I realized the instrumentation says more than any phrase could. The song works like a visual piece so the verses are kinda like decompression, where the middle part repeats 3 times which is pumping yourself to take the plunge and at the end of it after the build up the angelic strings are there to represent what could be on the other side of holding yourself back.”

Check out the video below and find out more about JayWood in our Five Questions With segment.

Of course! My name is Jeremy Haywood-Smith I just turned 26 years old lol, I’m from Winnipeg MB Canada and I’ve been “JayWood” since 2015!

My music is kind of like a mishmash of 10 different genres, I try to pull elements out of everything I hear even if that’s not tied to a specific sound! The way I write is constantly changing, in the early days I would use a loop pedal to make every single part and then I’d record whole songs with it and since it wasn’t a loop pedal that banked any sounds it took hours but I was able to get ideas across! When I moved everything to a computer it was literally just the most minimal setup, something I still use today actually where it’s just a midi keyboard, and interface for guitar and bass and that’s it! I found I didn’t need a whole lot to record any of my ideas, as much as it would be nice! A lot of my songwriting usually happens away from any instrument, typically it’s just little melodies and repeating patterns that grow into full songs! In the case of this song “Moon Cats” funny enough it came to me in a dream, I kept hearing the lead melody that plays throughout the song in my dream and I immediately woke up and recorded the demo!

We do have some upcoming shows! Right now there are just a lot of local festivals happening that we’re so very lucky to be a part of, for anyone in the Manitoba area we’ll be playing at Rainbow Trout Music Festival, and we’ve been graced with an amazing “headliner” slot at 12 o clock midnight! Aside from all the shows I can’t really talk about just yet, I’m also in the mix of booking a Canadian/US tour fingers cross that we’re aiming to set out on in the new year in support of the new album! Live shows are just fun dance parties, the sets are always super groovy and I’m always encouraging people to get involved with the performance by moving along to the music and just let loose a little bit. Alongside with some quick but random banter where I’m usually just telling light dad jokes, live shows are always a super fun time! The cool thing is too that a lot of the songs have a completely different feel in a live seeing so it’s almost like they’re two completely different entities

Holy crap that is so tricky, every song feels completely different so if they like one song they might not like another one! Hmmm for some reason I’d have to say “Quit Your Job” off of my last EP (Somber > Summer) That song kinda showcases who I am, whether it be the slightly off-time drums or the lofi production. it’s a good entrance point, it’s very groovy and fun! If they like this song there’s a good chance that they’ll love the album as well as just the rest of what I do as well 😀 not to mention due to the low fidelity of the song quality it feels almost like a bedroom pop song (which I guess technically it is) but it’ll also make you appreciate the newer material way more!

Well, I guess the biggest one I’d have to say is Mac Demarco! When I was shown his music back in 2014 it really inspired a lot of my earlier stuff, I also have to mention my amazingly talented friends Winona Forever from Montreal, they’re doing some of the catchiest music I’ve heard in a long time they’re also extremely freakin’ talented! Go check out their new album which funny enough came out the same day as mine! I also have to mention Blessed from Abbotsford BC, every single time I’ve seen them I’ve been blown away! They are some of the hardest working people I’ve ever met and it really shows, it’s so cool to consider them some friends from afar. There’s also so much amazing music coming out of Winnipeg, I wish more people gave a little more attention to! Living Hour make some beautiful music that really takes you on a floaty journey, Lev Snowe who’s a good friend of mine is kind of like the dream-pop king in these parts not to mention he’s an extremely dedicated artist, Housepanther who a lot like Winona Forever is making some super fun catchy music! Hooded Fang from Toronto are pretty cool, Hello Delaware from Halifax NS some fun stuff and I guess lastly the band Schwey from Vancouver! Holy damn do they ever make some amazing music super fun and very dancy! I really had to just pick an artist from the Indie world because there’s so much good music that people gotta dig a bit for, but they’ll be very pleased with what they find!