Highlights from Day 1 of Boots and Hearts 2019 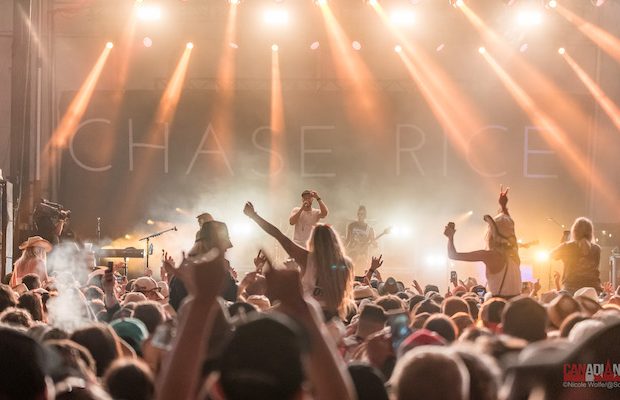 Boots and Hearts has officially kicked off and we couldn’t be more excited for what this weekend has to offer. This year’s festival marks its eighth year; the festival has seen almost every major country music act; from Keith Urban, Little Big Town, Alan Jackson, Brad Paisley, and so many more. Not to mention rising stars and Canadian favourites like James Barker Band, The Recklaws, and Tebey.

This year Canadian Beats is back on the grounds of Burl’s Creek, anxious to soak up every last performance. Thursday’s Coors Banquet Kick-Off Part was the perfect way to ring in three full days of country music.

Before the headliners, Chevy Music and Boots and Hearts treated fans to the Emerging Artist showcase; a lineup of up-and-coming artists vying for the chance to win a spot on the main stage during Sunday’s lineup. Each of the eight talented performers did their thing on stage and I can say with confidence the crowd enjoyed every moment.

Moving onto the finals are David Boyd Janes and Justin Tyler. Keep an eye on our coverage for the winner! 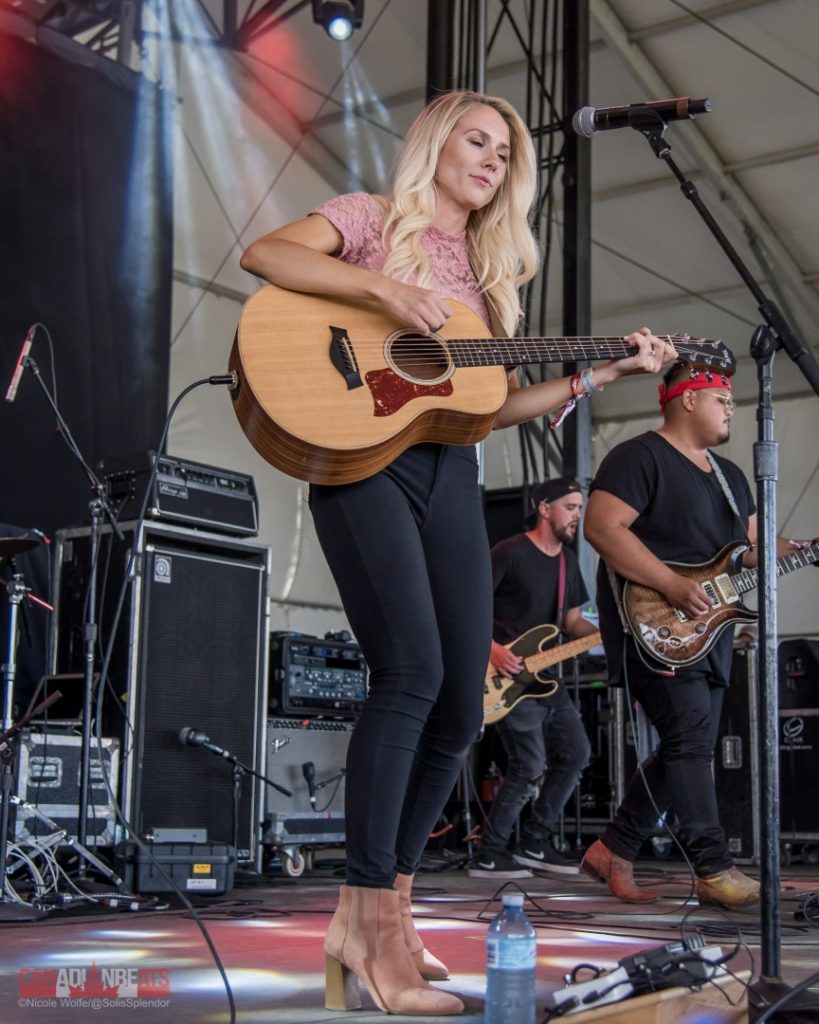 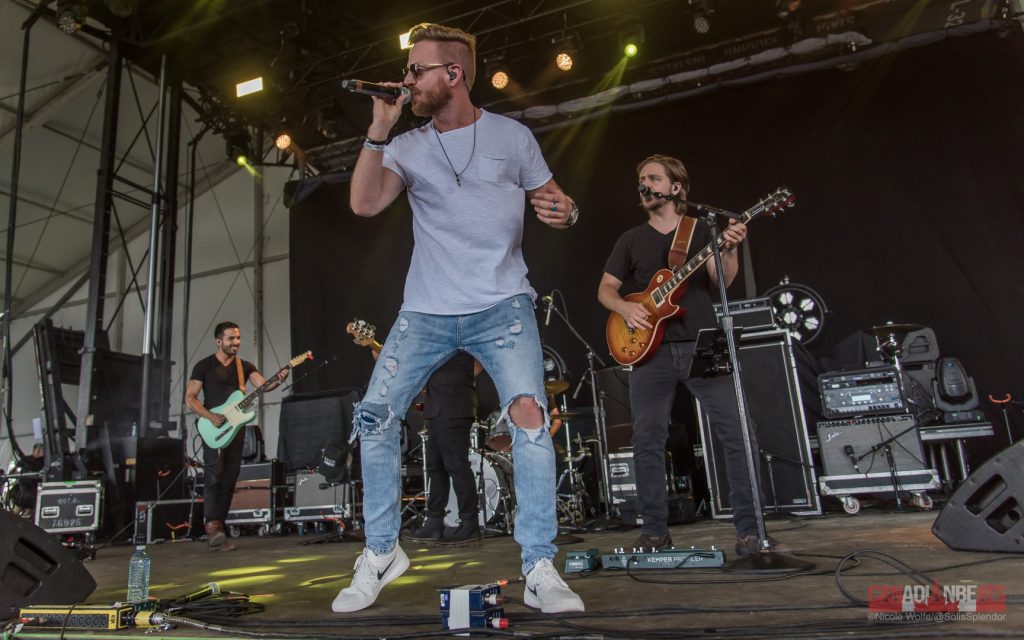 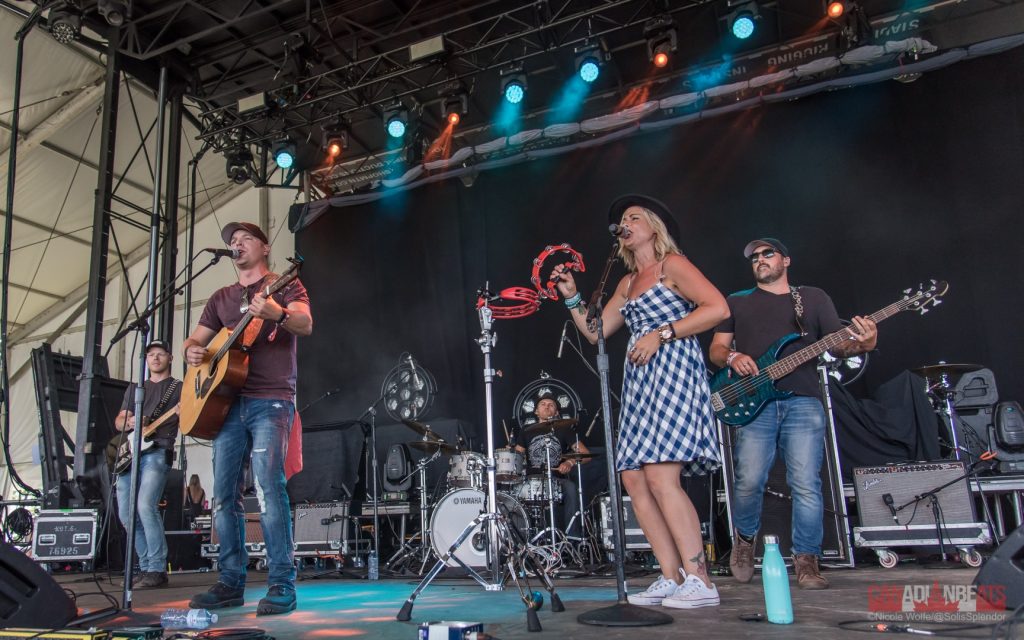 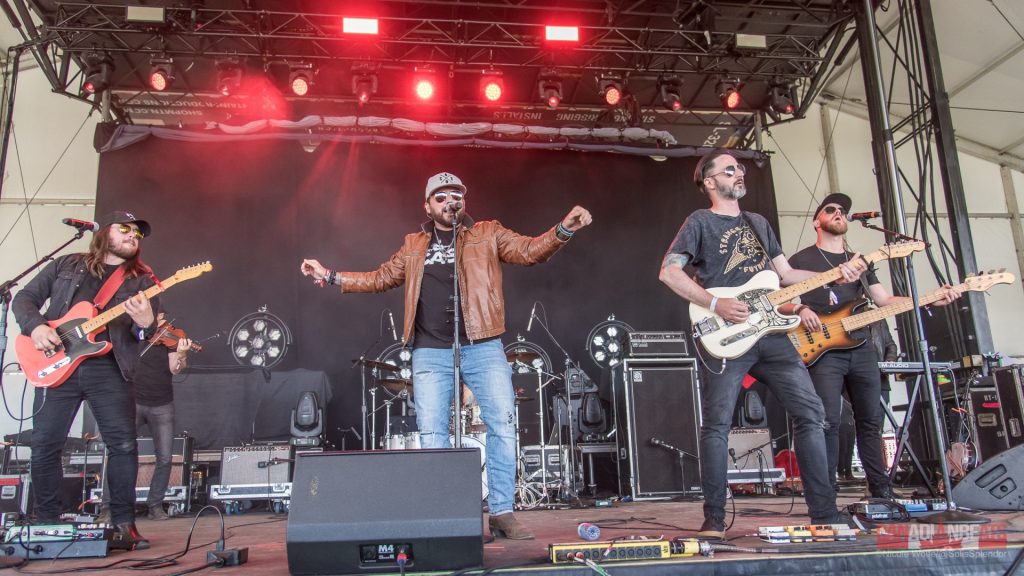 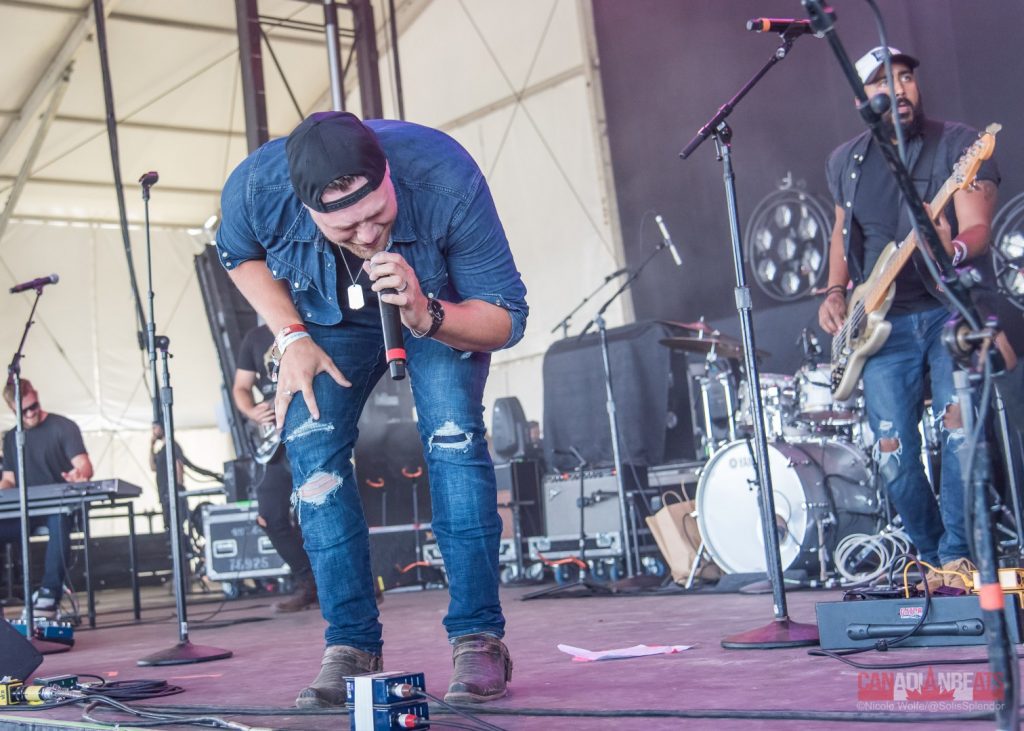 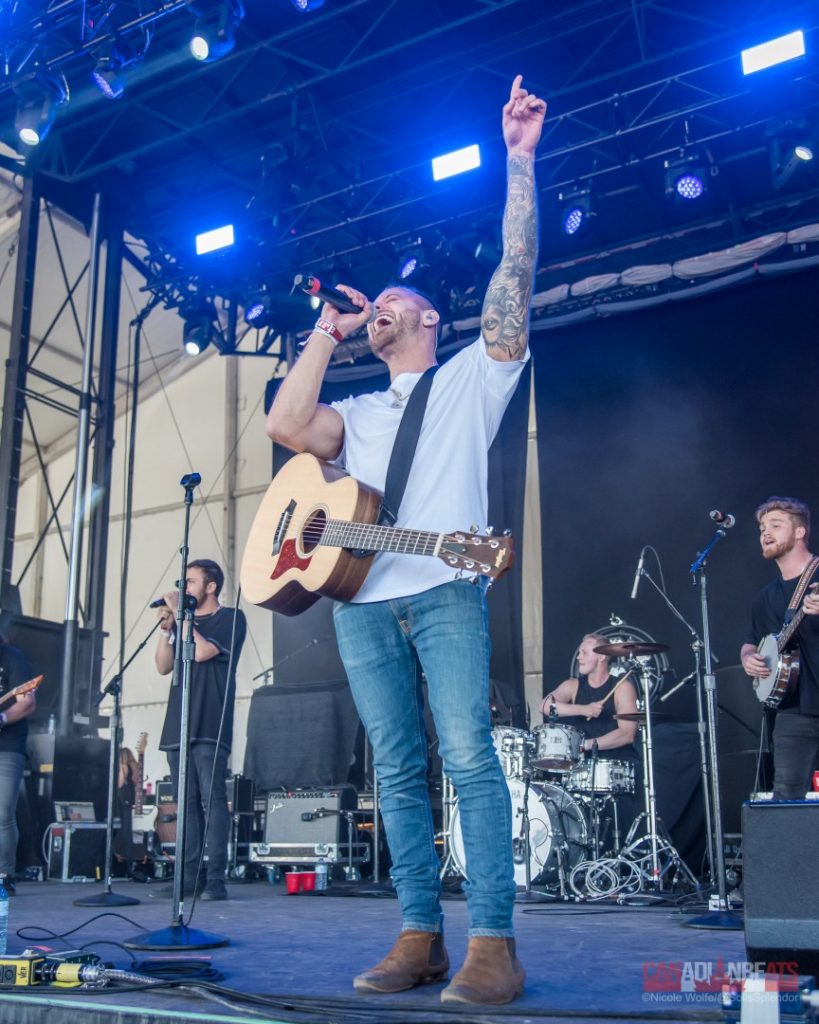 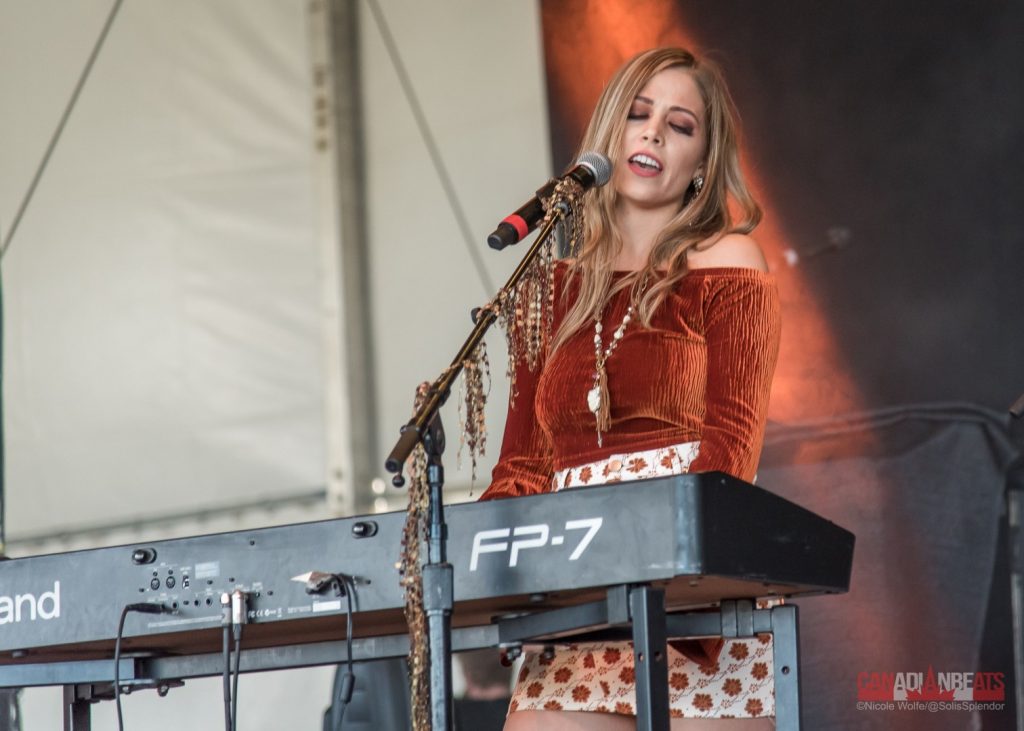 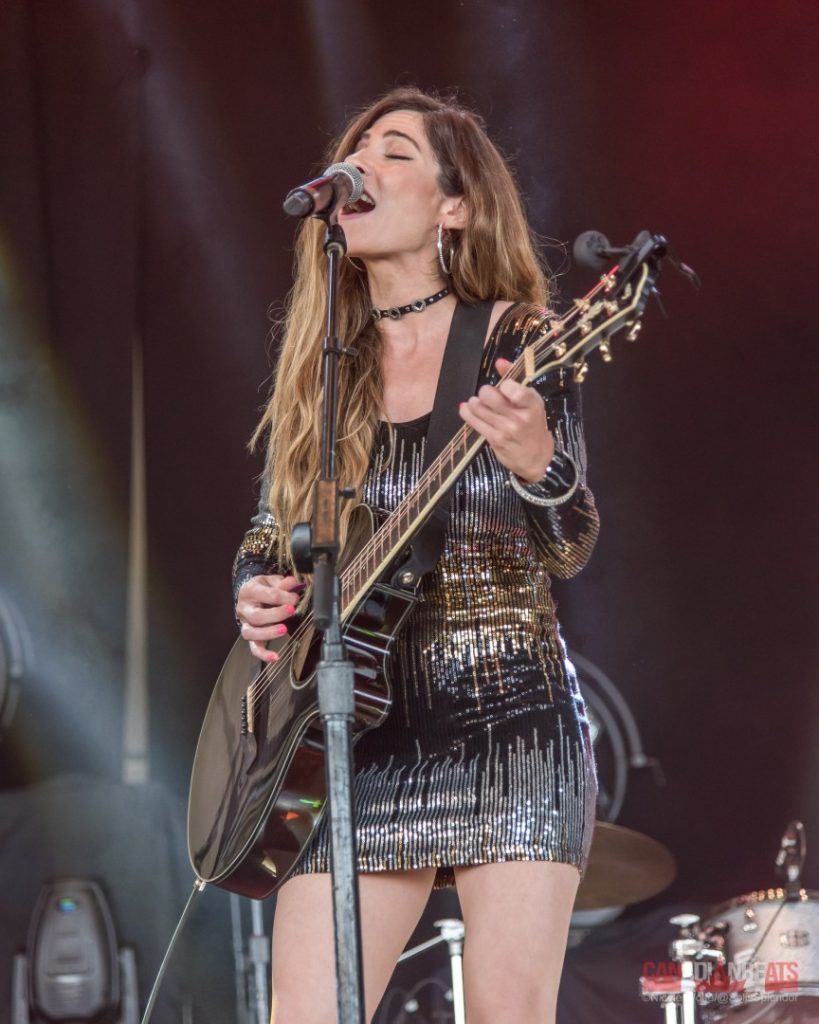 The sun began to set and the Front Porch Stage lineup was in full swing; three killer acts that got the crowd eager and ready for the rest of the weekend.

Barclay- the 2018 Emerging Artist Showcase winner- warmed up the crowd with a few original tracks including his single “Loved You Like That” while he mixed up his set with two equally fun covers; he took on Brad Paisley’s hit “Mud on the Tires” and Shawn Mendes’ 2016 single “There’s nothing holding me back.” It’s easy to see why he won last year’s showcase. His charisma and ease with the crowd made for a truly fun set. 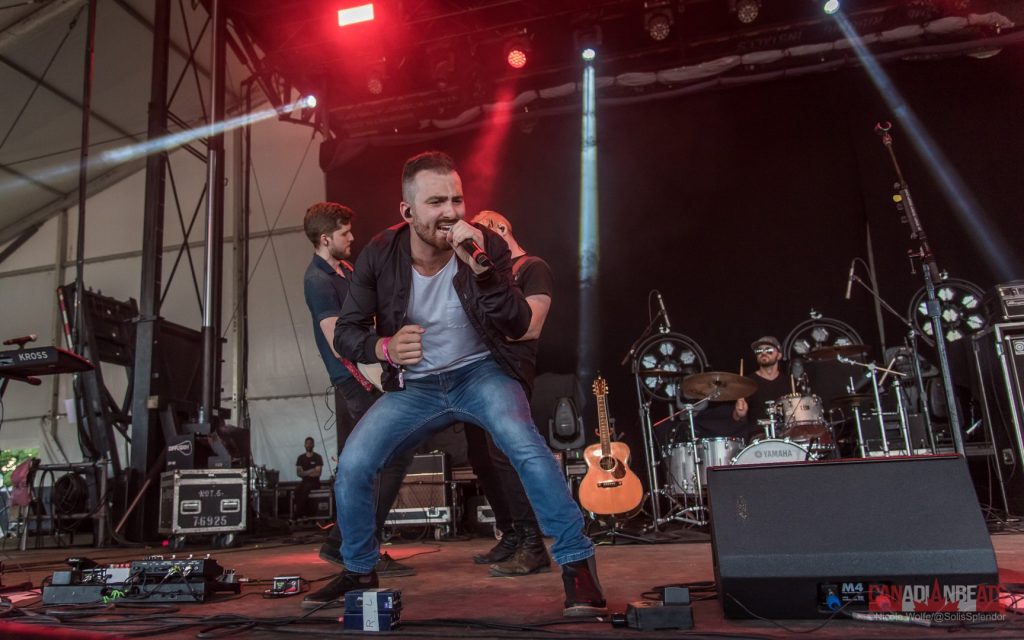 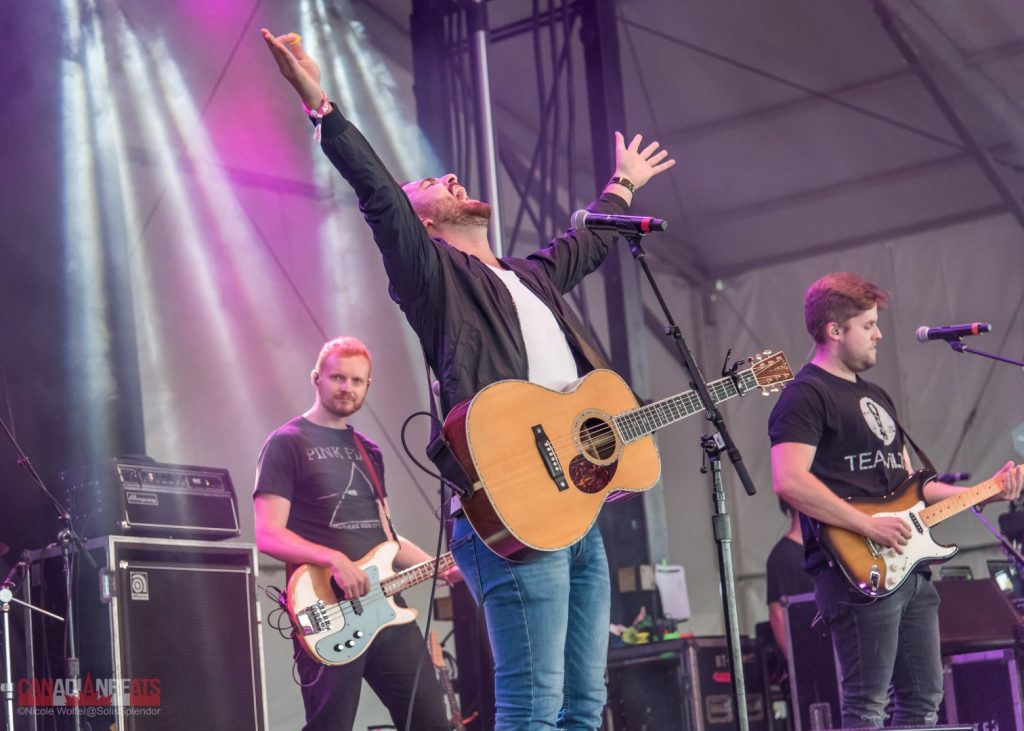 First time Boots performers TC3 came out guns blazing with incredible energy. While I’ll admit I don’t know much of their music off by heart, I can tell you there is a reason they’ve seen so much success recently. Their electric hooks, smoky vocals, and rock star stage presence wowed us; lead singer Jaren Johnston even joined Chase Rice during his headlining set. 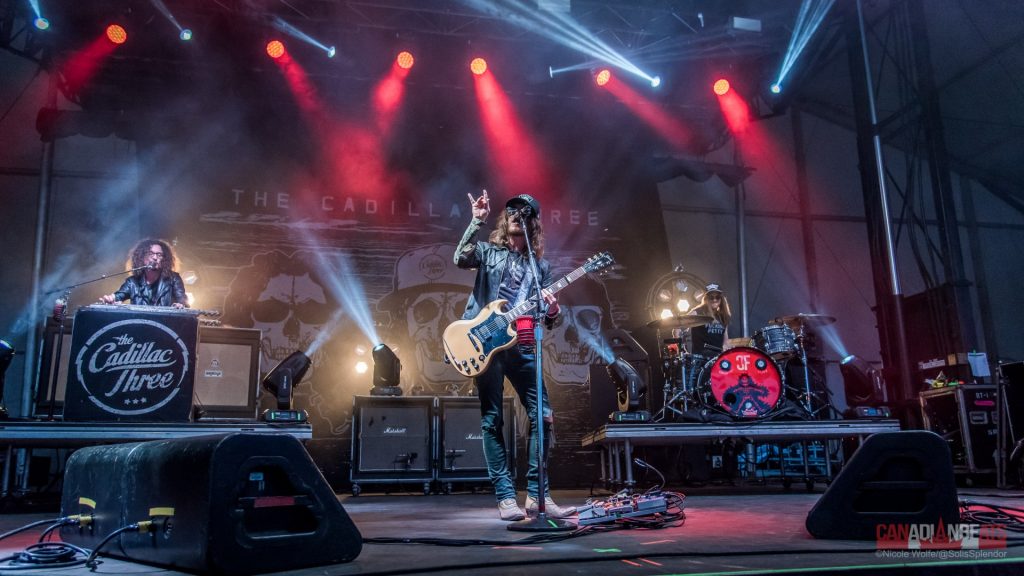 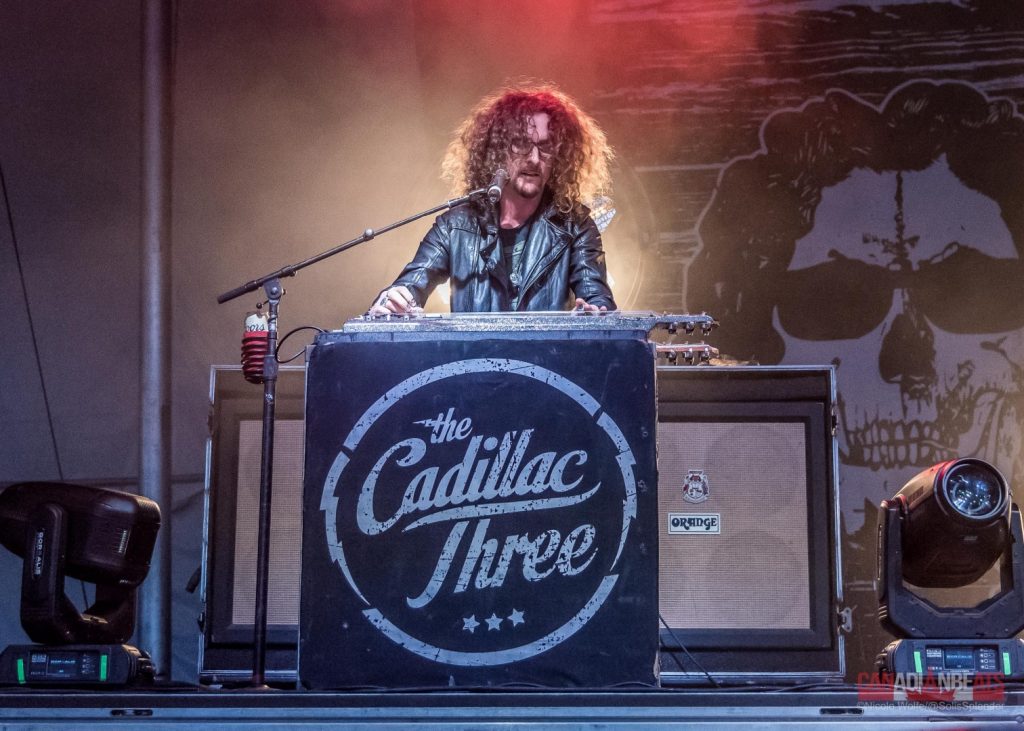 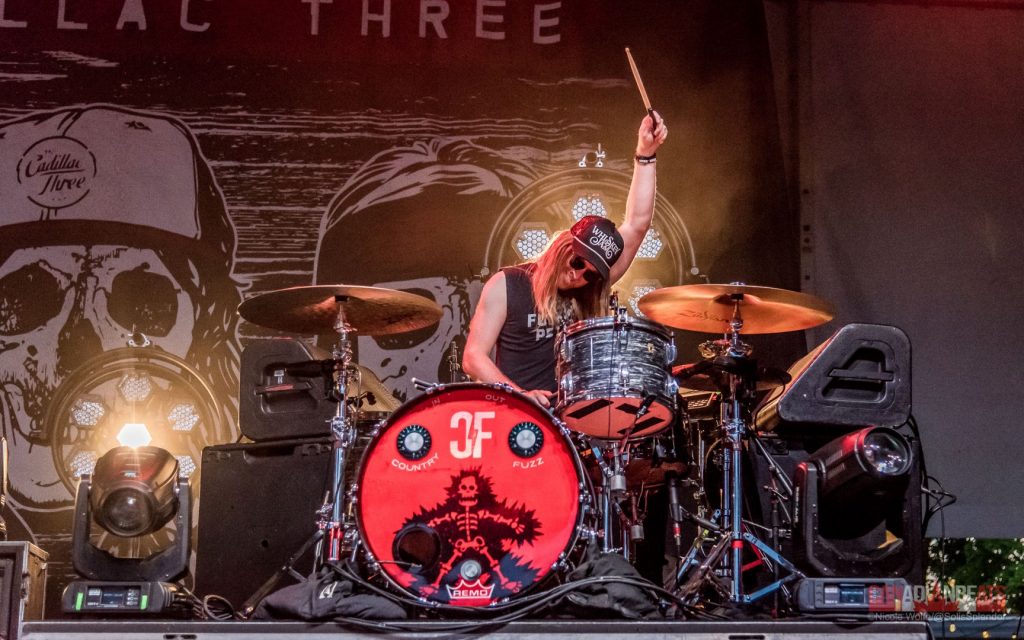 The main event, Mr. Chase Rice. As someone who has been waiting patiently to see him play live I can tell you he did not disappoint. From his opening powerhouse “Lions” off his latest album Lambs & Lions, to throwbacks like “Ride” (a personal favourite) off his 2014 sophomore Ignite the Night. With a few covers in there – including his co-write on Florida Georgia Line’s number one hit “Cruise” Rice proved he can hold his own as a headliner. His energy and his playfulness with the crowd was electric; his band played their hearts out and you could feel it throughout the park. Here’s hoping we get to welcome him back to Canada real soon. 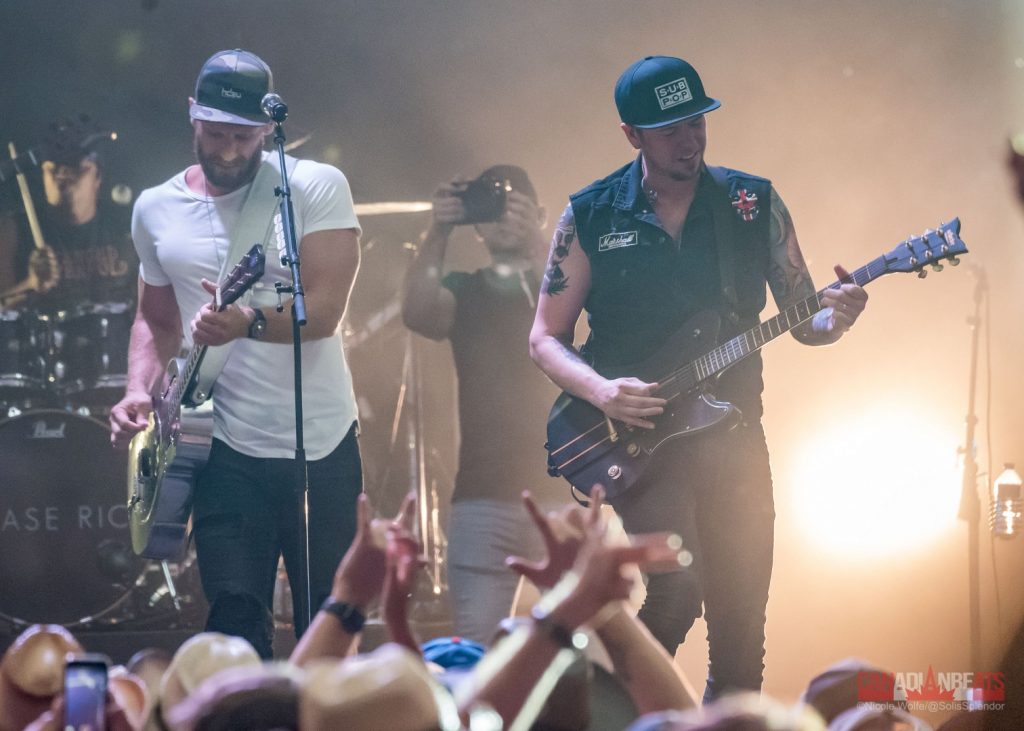 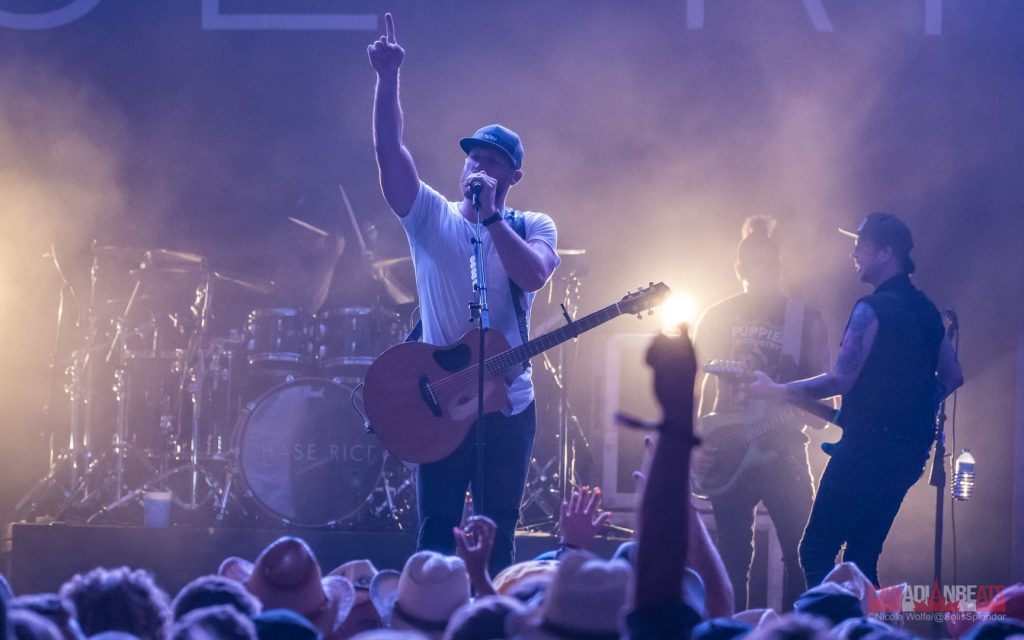 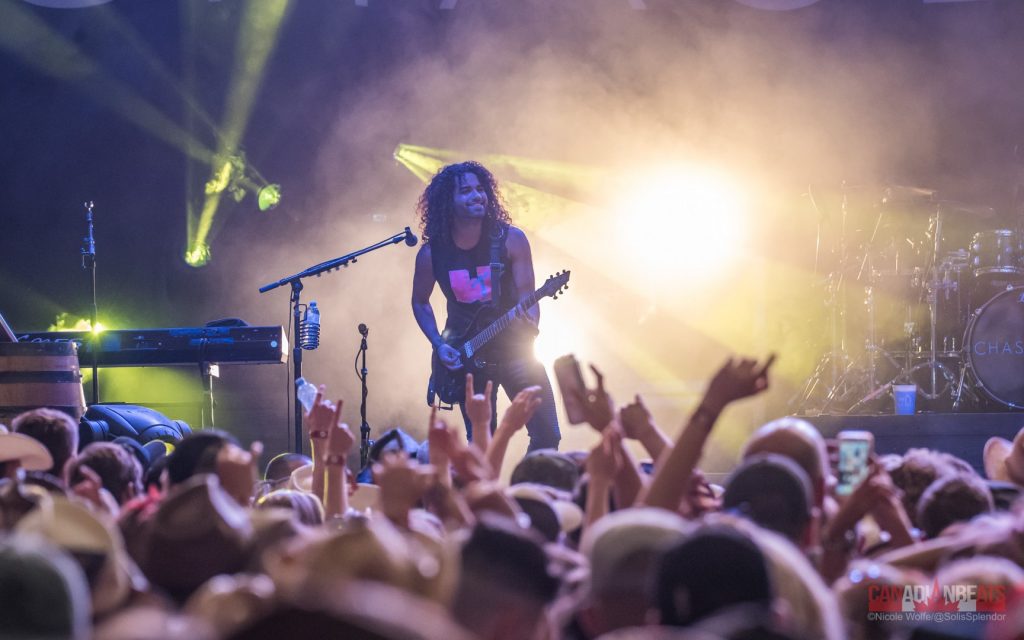 For more photos from the festival, check out our Facebook page.  Also, be sure to tune into our Instagram coverage all weekend long!