Home / Promos / The Wilderness release new single, “Fall (Despite What You Do)”

The Wilderness release new single, “Fall (Despite What You Do)” 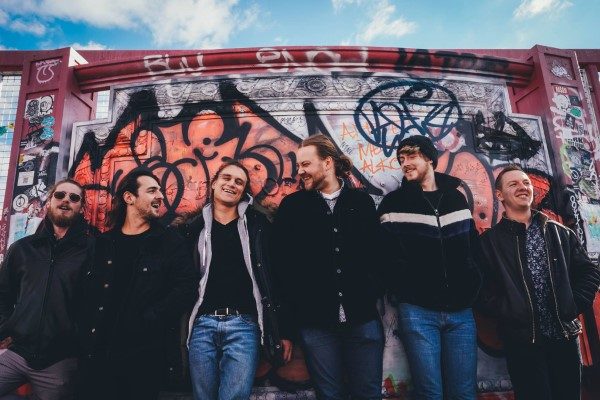 Rising indie-rock band The Wilderness have released their latest single “Fall (Despite What You Do)” – the first in a four-part single release set over several months this year.

Formed in 2015 after meeting at an open mic night, this six-piece – Jonas Lewis-Anthony, Sacha Léah, Tõnu Karl Tomba, Henry Lawrence, Liam Neale, and Nicholas Lennox – hail from around Canada, the United Kingdom, Switzerland, and the United States – in the four years as a band they have nearly 400 shows under their belts, and they’ve shared the stage with artists like Reuben and the Dark, the Rural Alberta Advantage, Mimicking Birds, Plants and Animals, and Busty and the Bass.

Their new single “Fall (Despite What You Do)” is an emotive, lyrically captivating track – one with rising choruses and powerful vocals. It doesn’t take long to hear how talented this band is, and how they truly have something to say. Woven in the melodies and the harmonies you can hear influences of bands like Mumford and Sons, and hints of Springsteen. A strong start to the remaining three tracks yet to be released.

To stay up-to-date on tour dates and new music, fans and curious listeners can check out their website and their socials.