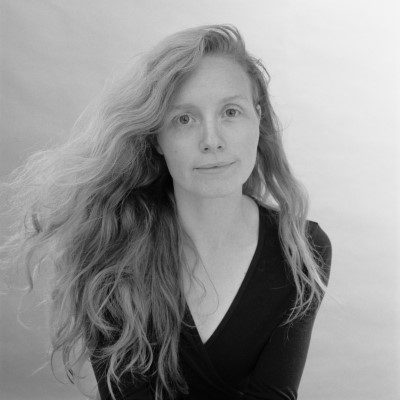 London, ON-based artist Misha Bower has unveiled a video for her single, “Trying to Have it All”, the title track from her debut solo album.

The video, which was created by filmmaker, Travis Welowszky is set against the backdrop of a nighttime carnival, the environment provides the perfect setting for a song whose character has a constant eye out for possibilities on the horizon.

“The bigger ride, the better prize, the chance that life will deliver an experience that quenches desire once and for all,” says Bower.

Check out the video below and find out more about Misha in our Five Questions With segment.

Hello readers! My name is Misha Bower and I’m a musician and writer from London, Ontario. I also work with college students as an educational aide and enjoy nerding out on the study of psychology and art.

My songs have a strong storytelling vibe in that they’re really character-driven, often from the perspective of someone whose way of coping has got them into some trouble – trouble with a loved one, society or themselves. A song often ends up being a reveal or realization about a pattern of searching (for love, forgiveness, understanding, comfort…) that’s produced a mixed bag of results. Lyrics are important to me. I’m a sucker for dramatic vocals and layers of harmony. As I’m writing a song with the intention of sharing it, I’m aware of a funny thought that’s like, “I hope people find some use in this.” There are songs in my life that are like old friends I can call up anytime, and I guess I like the thought of putting music out there that has a similar effect – that’s personally meaningful and also available for connection.

I’m just about to play a Friendzone Collective show in Waterloo, then shows pick up again in the fall. Right now, I’ve got a ‘Songs in the Stacks’ show September 21st with Jenny Berkel at the St. Thomas Public Library and a house show in Kingston the following weekend that will include a TBA stop in Prince Edward County. I’m working on fall bookings right now, aiming to visit the east coast in October.

There are two versions of the live show: one with a band that features Nathan Lamb on drums, Peter Hurst on electric guitar, Charlie Zucchero on bass and Jenny Berkel on keys and backup vocals, and a trio version with guitar and bass. So far, both setups have made for really cozy live shows that consistently remind me of grown-up storytime. Even as we’re hitting the peaks of songs like ‘Starless Nights’ and ‘Hostage Taker’ with the band at full sizzle, there’s still an intimacy about the experience. I think regardless of our setup, it’s the kind of set you sway to, that maybe leaves you with a lyric or two you can take for the road.

Although I just put out a video for ‘Trying to Have it All,’ I think I might have to say ‘Starless Nights.’ It’s the first track because it presents the sonic palette of the album, as it moves from nearly naked vocal to strings and harmonies soaring around a rhythmic pulse to monster electric guitar solo care of Will Kidman… It’s a longer tune, but very dynamic – and close my heart since it was one of the first ones I wrote for the album. (I originally wrote it for my band, Bruce Peninsula, but then stole it back within minutes of sharing the demo. “Turns out this toy isn’t for the BP sandbox after all…”)

Jennifer Castle and Fiver are always on my Canadian music love list. WHOOP-Szo is a band I follow with awe. Whenever Shad comes up in conversation, all I can do is shake my head and say, “So good.”