Major has been at the forefront of the Canadian country music scene since the early 90’s when he became the first Canadian artist in history to score six Number One hits with his debut album, The Other Side in 1993. Major went on to have nine more chart-topping hits in his career leading him to perform across the world, headlining tours, and connecting with his fans at fairs and festivals.

More than 25 years later, Major has sold nearly half a million records in Canada alone, winning three JUNO Awards, and seven CCMA Awards. The Canadian legend has recorded seven studio albums and has released over twenty singles, continuing with new music on the horizon.

“It is an honour to be inducted into the Canadian Country Music Hall Of Fame with so many of my heroes and mentors like Ian Tyson, Gordon Lightfoot, The Good Brothers, Terry Carisse and Murray McLauchlan to name a few,” said Major.  “I’m sincerely humbled and look forward to celebrating with everyone in Calgary this September.” 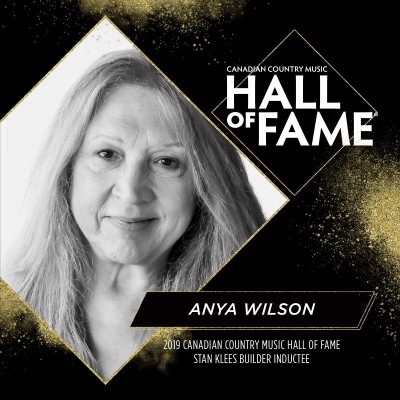 Anya Wilson began her music industry career in the U.K. Wilson worked in publicity and radio promotion, becoming instrumental in the success of such legendary artists as David Bowie and T.Rex. Wilson moved to Toronto and broke ground as the first independent female radio tracker in Canada.

Giving back to Canada’s country community has always been a priority for Wilson. She has served on numerous CCMA committees, helped establish a radio presence at the annual CCMA conference and voluntarily became the organization’s first publicist. Wilson was also a driving force in the creation of the Country Music Association of Ontario and served as its vice-president for several years.