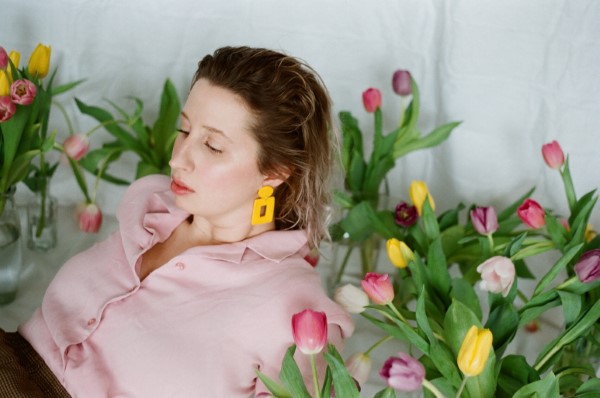 Originally from Guelph, ON, now residing in Montreal, QC, singer-songwriter, Anna Wiebe has recently released her full-length album, All I Do Is Move.

“The act of endless motion itself is a substitute for any larger form of thought” Life After God, Douglas Coupland

“I wrote this quote down in my songbook at the time I was reading it. It inspired my album title, and  also the song Fish Out Of Water (the third track on the record).”

Check out the album below, and find out more about Anna via our Five Questions With segment.

My name is Anna Wiebe, I’m a singer-songwriter from Guelph, Ontario. I grew up with music in the house because my dad is a guitar teacher, and played a lot of piano and guitar. I started writing songs when I was a teenager. At this point, I’ve released a couple of self-produced bedroom EPs, and two records, the most recent of which just came out, called All I Do Is Move.

My music has developed quite a bit from its early folky stages, but folk is still at its root. I’m not a disciplined songwriter in any way. I write when inspiration hits and I write without any expectations in terms of what I want it to be. I pick up on the music I listen to in some ways. There are some artists I’ll listen to and say “I want to write songs that sound like that”, but that’s about as intentional as I get with my writing.

My live performance, more often than not, is just me and my guitar. I’ve been doing this for years, and only for this last record started playing with a band to fill out my newest songs. I also hope to do another full band performance in Ontario this fall!

I am living in Montreal for the summer and hope to play a few solo shows here (TBD). And as I mentioned I hope to have another full band performance in the fall, but as of now, I have nothing planned1

Charlotte Cornfield, The Weather Station, Andy Shauf, Daniel Caesar. And for some Canadian classics that will never die, Broken Social Scene and Feist.