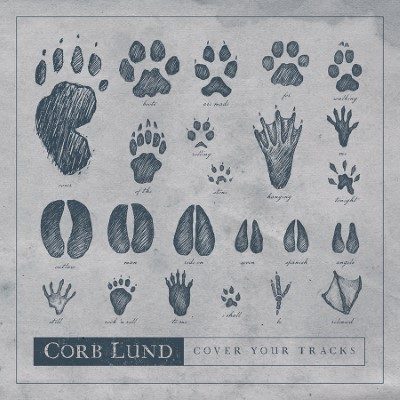 “Earlier this year I recorded a bunch of cover songs by some of my favourite artists and writers from various periods in my life, mostly for fun and to get them out of my system.” Lund says, “Many of the songs we’ve been playing live for years. Being re-inspired by this stuff and getting back in the studio to cut it was a great warm up for making another record of my own songs, which I’m working hard on writing as we speak. In the meantime, I hope you enjoy listening to these old favourites as much as we enjoyed recording them.”

Lund has already released the first track off of the EP, “The Cover of the Rolling Stone.” Lund’s interpretation of the Dr. Hook & The Medicine Show classic is turned into a duet with Hayes Carll. “I’ve been playing this in bars for years because it’s always made a great honky-tonk tune. And the subject matter all feels kinda familiar. Thanks to brother Hayes for jumping in.” tells Lund.

Lund has received multiple CCMA, Juno, and international award nominations and wins throughout his career. Cover Your Tracks will be available in both physical and digital versions and will be available through all major music retailers. Lund is entering the studio this summer to record his forthcoming full-length record featuring the singer’s signature brand of “agriculturally tragic” wit and Western themes. The album will be released in 2020.

Corb Lund Cover Your Tracks Track Listing:
These Boots Are Made for Walkin’
The Cover of the Rolling Stone (feat. Hayes Carll)
They’re Hanging Me Tonight
Outlaw Man
Ride On (feat. Ian Tyson)
Seven Spanish Angels
It’s Still Rock And Roll To Me
I Shall Be Released