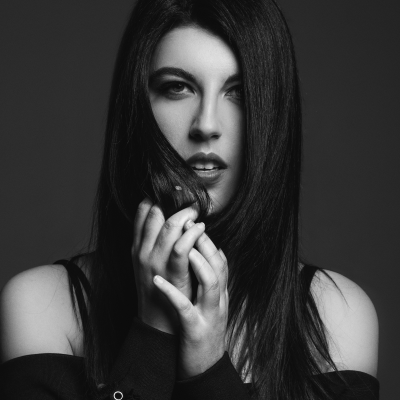 Port Colborne, ON-based singer-songwriter, AARYS released her debut album, Secrets on April 5, 2019. Now, she has unveiled the video for her newest single, “Bad Thing”. The video was directed by Billy Wild.

AARYS shares on the single,

“”Bad Thing’ is about that moment when you realize that you have been giving everything to a relationship that gives you nothing in return. It hit me one day that I had been settling for so much less than I deserved because of low self-esteem. Once I finally started being kinder to myself, I saw that I had been good to toxic people for way too long, and I needed to cut them out of my life. “

Check out the video below and find out more about AARYS in our Five Questions With segment.

My name is AARYS – pronounced like heiress. Kind of as if I was in line for the iron throne (also I’m a Game of Thrones nerd).

My music is a blend of dark, lush tones and driving electronic beats. It’s influenced by a lot of different genres, but mainly alternative, pop and rock. I like to make songs that all sound unique while still feeling cohesive, so some sound dark and industrial, while others lean more toward moody, mainstream pop – but it all sounds like me.

I would say my writing style is to be as honest as possible, so I try to write as much about my relationship with myself as I do about other people. I write alone but I really love co-writing as well.

Yes! I have a show coming up in Toronto on Aug 2nd at Division 88 Studios (156 Augusta Ave) at 9:00 PM. It’s actually themed around this music video and features some original artwork by Letourneau Art.

My live performances feature live looping, lots of energy and I always give it my all on the vocal side of things. Performing live is one of my favourite things to do ever. This particular show coming up is going to be an intimate performance where I’ll get to strip my songs down a bit.

Honestly, at the moment, I would say Bad Thing. It was one of those songs that wrote themselves, and although I love co-writing, this song is 100% by me. Writing it helped me make the decision to move on from situations that weren’t giving me what I deserved, and it seems to really resonate with people for that reason I think. People shout this one out loud at my shows and it’s unbelievable.