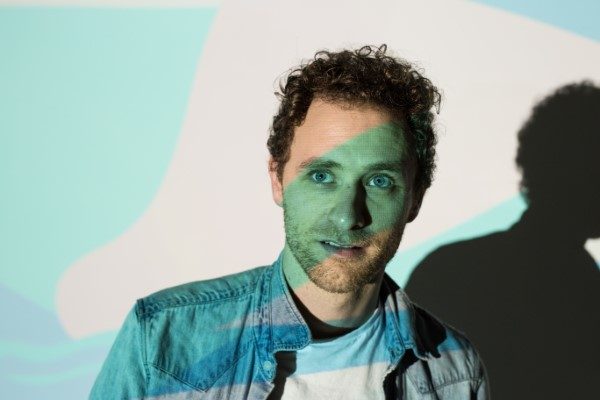 Victoria, BC-based artist, Adrian Chalifour has released a video for his first solo single, “Open Heart”, since departing as frontman from one of the west coast’s most notorious indie bands, Towers and Trees.

Chalifour says he had the music video concept in mind the moment he wrote the song videographer Shiraz has the perfect person in mind when Chailfour explained his concept of “a dance video starring someone who’s an absolute burst of colour and beauty set against a grey, unyielding world.”

Enter the star of the video, Victoria’s own James “Jimbo” Insell. Featuring a dynamic drag performance with seemingly seamless cuts and vibrant costume changes, the video was choreographed by Monique Salez with costumes designed by Jimbo himself.

“As I listened to the song on repeat to learn the words and timing, I realized how much I resonate with the words and sentiment,” says Jimbo. “They describe beautifully the experience of the giver, the lover, and the artist who celebrates love by sharing love in the world.“

Check out the video below and find out more about Adrian Chalifour via our Five Questions With segment.

My name is Adrian Chalifour from Victoria BC! Some people may know me as the Towers and Trees guy (I released two albums with that project). I’m an artist, a dad and an alumnus of THE LAUNCH Season 2 (where Nile Rodgers said I’m a better singer than John Mayer thus destroying my humility once and for all). I’m releasing several singles this year culminating in a new album this Fall. The album is called JOY and I’m overjoyed to be making and sharing music again this year!

I describe my music as “Heart Rock.” Musically it’s often big, bold and anthemic. Lyrically I strive to be as earnest and vulnerable as possible. This digital landscape is noisy, crowded and often superficial so I feel like the most meaningful thing I can try to contribute is an open, honest exploration of this wild human experience. Any connection I make with people I want it to come from the heart because everything else eventually wears away.

I’ve got about a dozen performances around BC this summer, followed by a dozen shows in Ontario this fall, and likely a dozen more back in Western Canada in November… Apparently, I book shows by the dozen!

It would be both a song and a video: OPEN HEART (which I think you’re even going to feature!). I love this song because it’s written for the givers of the world, and those people deserve our praise! I love the video even more because it stars an incredible drag queen named Jimbo flanked by 6 crazy-wonderful dancers. They take a fun little song and elevate it to a whole other level! It’s no longer MY song but OUR song and tells a really fun, important story about how being your truest, most colourful self is the best thing you can do, even when the world around you seems bleak.

My boy Luca Fogale is crushing it and creating some of my favourite music out there right now. I also honestly have to give props to Arkells for how they seem to be knocking every pitch out of the park right now. Their work ethic, dedication, and joie-de-vivre is a god damn inspiration!