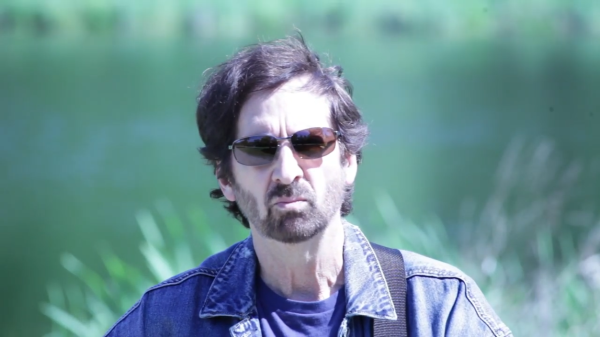 Montreal, QC-based award-winning guitarist, and songwriter, Cliff Stevens has released his brand new album, Nobody But You. Today, we are happy to team up with him to unveil a video for his single, “World of Worry” from this release.

“World of Worry is a melodic acoustic blues tune with resonator dobro style guitar about a man who has lost everything and features the stunning and talented Sandra Ackland.”

Check out the video below and find out more about Cliff in our Five Questions With segment.

I’m Cliff Stevens from Montreal. I’ve been playing guitar, singing and writing songs for the last 30 years. I spent a lot of time playing guitar for other artists before going solo. I have four solo albums, seven European Tours since 2014 and hope to be touring Canada in the near future.

I write in a contemporary blues-rock style. Some obvious influences are Stevie Ray Vaughan, Eric Clapton & Freddie King, however, I tend to focus on a more melodic approach to my writing while still staying true to blues form and grooves. Some purists might call my music commercial.

I’m planning some dates in southern Ontario for this fall, Germany in November and a European tour in February. I finished a 41-date European tour in March and started planning and shooting the World of Worry video and stopped live performances for a few months. In my live performances, I am a blues-rock guitar-based act, usually a power trio performing my own songs with lots of solos in the style of SRV and Johnny Winter. You can hear this style on my live album Live in Germany. However, I always do include a mini-set with an acoustic guitar in my live shows that people really enjoy.

I’m a big fan of Jack de Keyzer, Dawn Tyler Watson, Colin James to name a few. There is so much talent in Canada.