Home / Passport / Canadian Beats Passport – Show Review – Between the Buried and Me in London, ON

Canadian Beats Passport – Show Review – Between the Buried and Me in London, ON 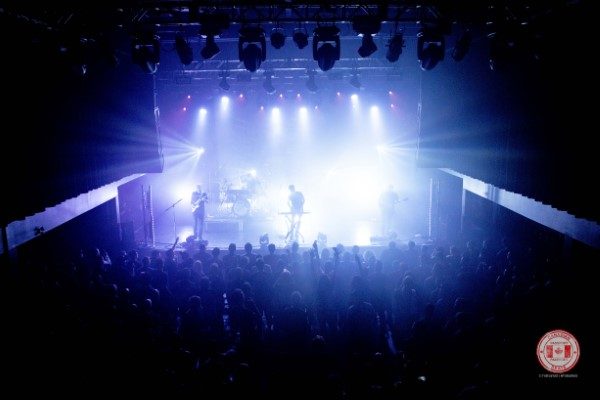 Who: Between the Buried and Me, The Contortionist & Nick Johnston
When: July 10, 2019
Where: London Music Hall, London ON

Last Thursday, Between the Buried and Me came through London, Ontario on their North American tour with The Contortionist and Nick Johnston.

Ontario’s Nick Johnston opened the show with an instrumental guitar-driven set. Playing amongst acts who are known to be heavy, Johnston set himself apart from the rest of the tour package with soulful rock leads that emphasized fluidity more so than aggression.  Johnston’s licks were fast-paced and technical at times, but his most powerful moments on stage were his single-note phrases which were unpredictable but gripping. Johnston was accompanied by a full band including The Contortionist’s keyboard player Eric Guenther, which allowed Johnston to bring his studio albums to life on stage. 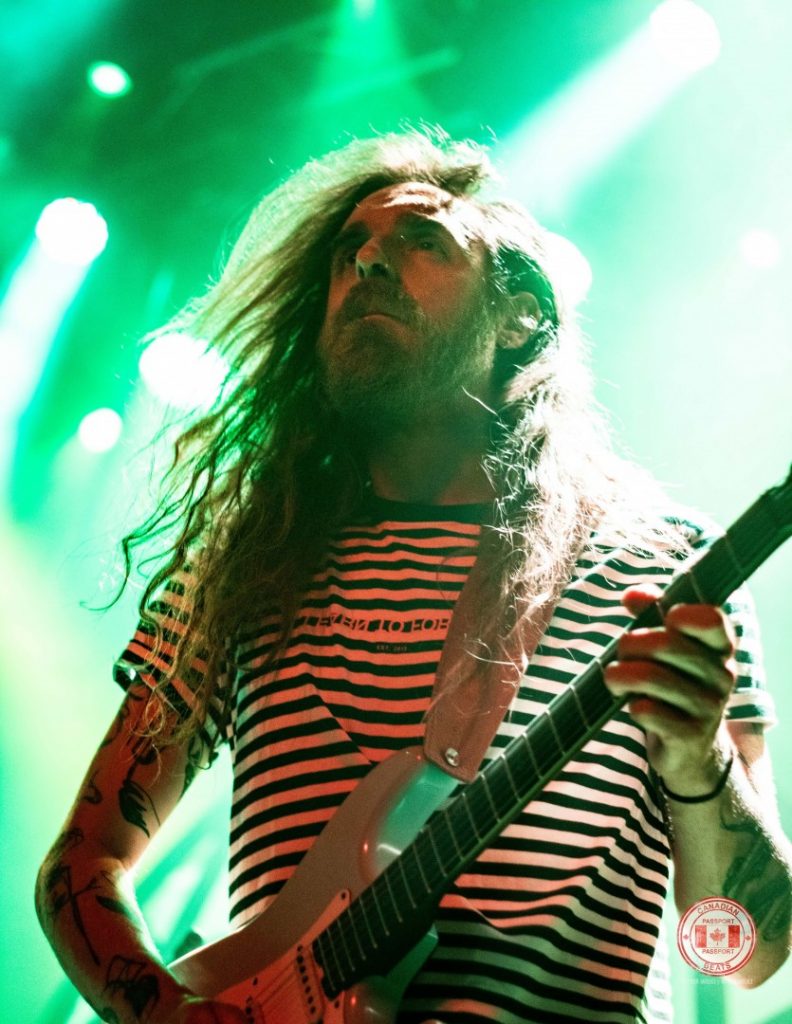 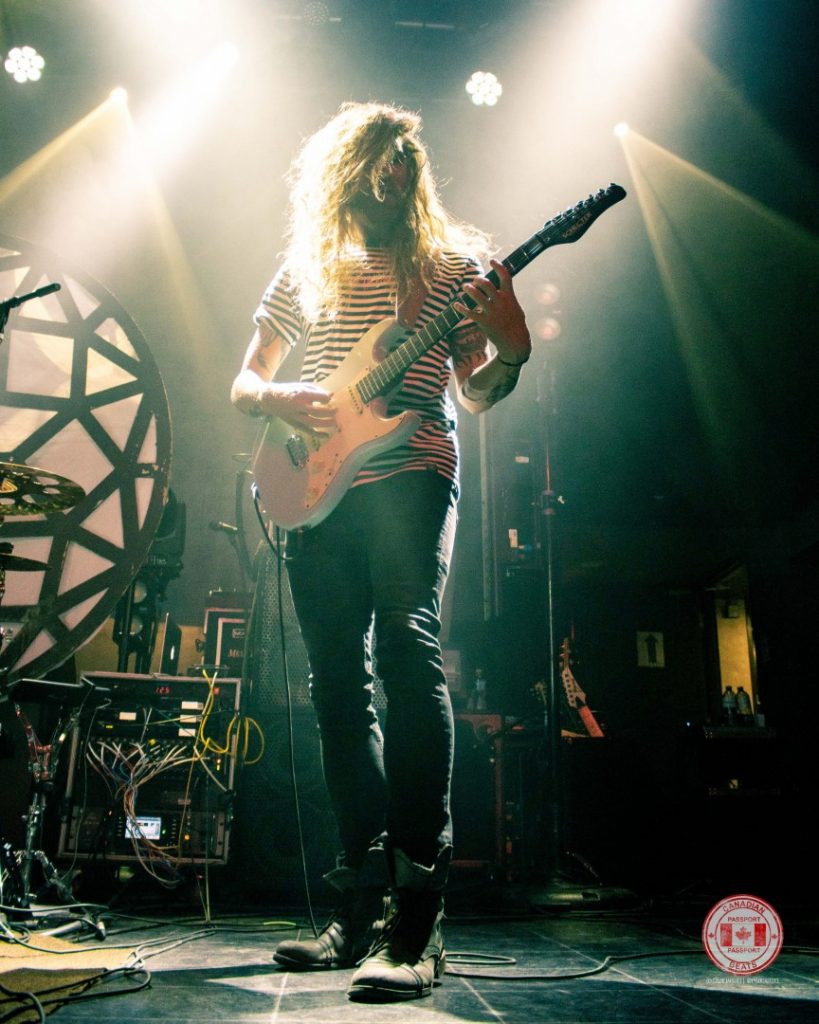 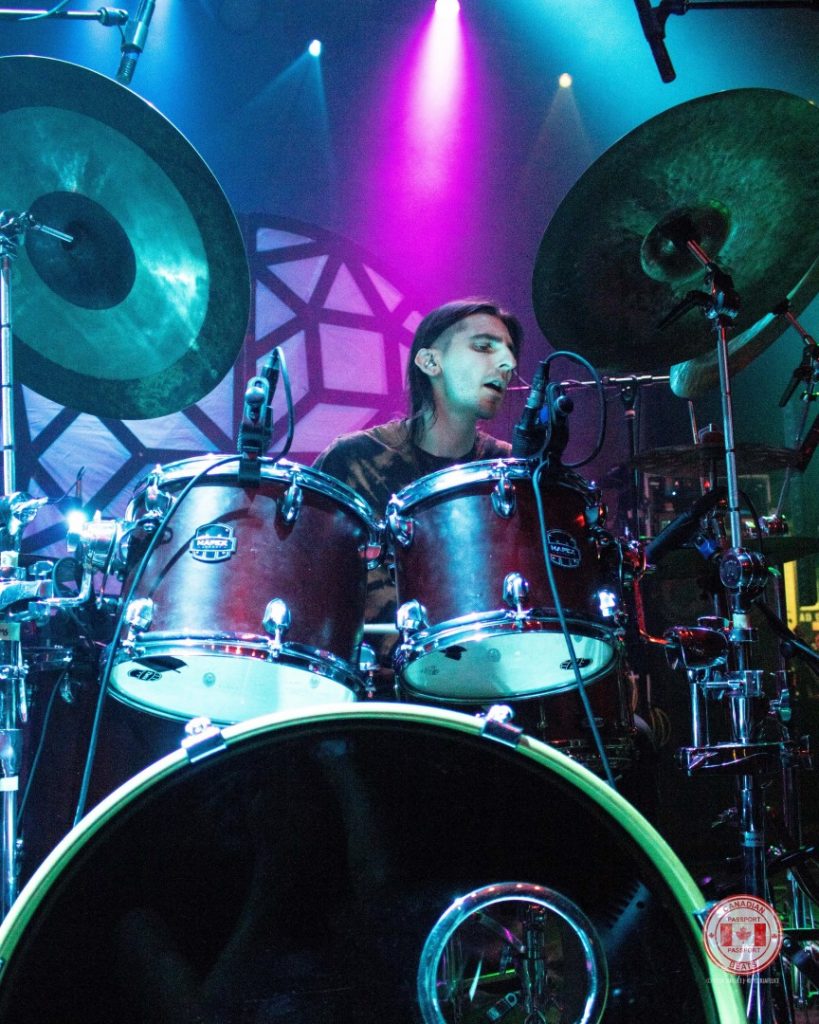 The Contortionist opened their set with “Clairvoyant”—a nearly eight-minute song that combines fast-paced, heart-racing drums and atmospheric guitar leads and synths. Michael Lessard sang softly over the arrangement, delivering the lyrics “What’s the price of it? We’re only killing ourselves each and every day”. After a brief transition, they burst into their song “Flourish” with a barrage of guitar tapping and harsh growls from Lessard. The Contortionist has always had a dynamic mix of clean vocals and screams on their albums, but hearing it live is truly captivating. To hear Lessard switch from chilling screams to a soft, serenading voice in an instant was something astonishing.

The Contortionist’s new single “Early Grave” is out now. Their EP Our Bones is out on August 9th. 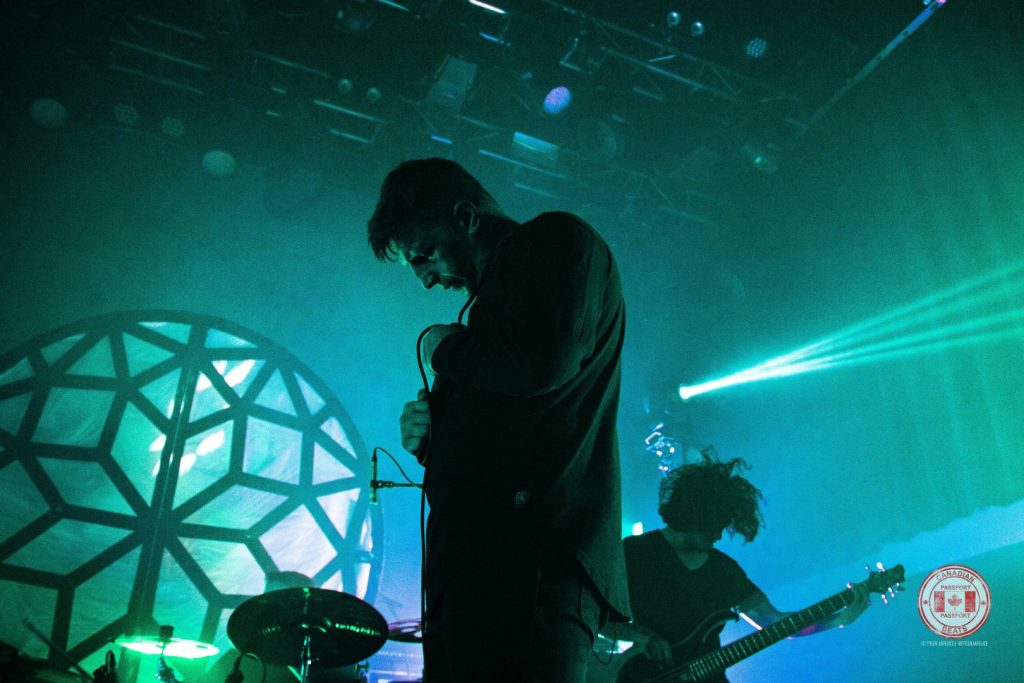 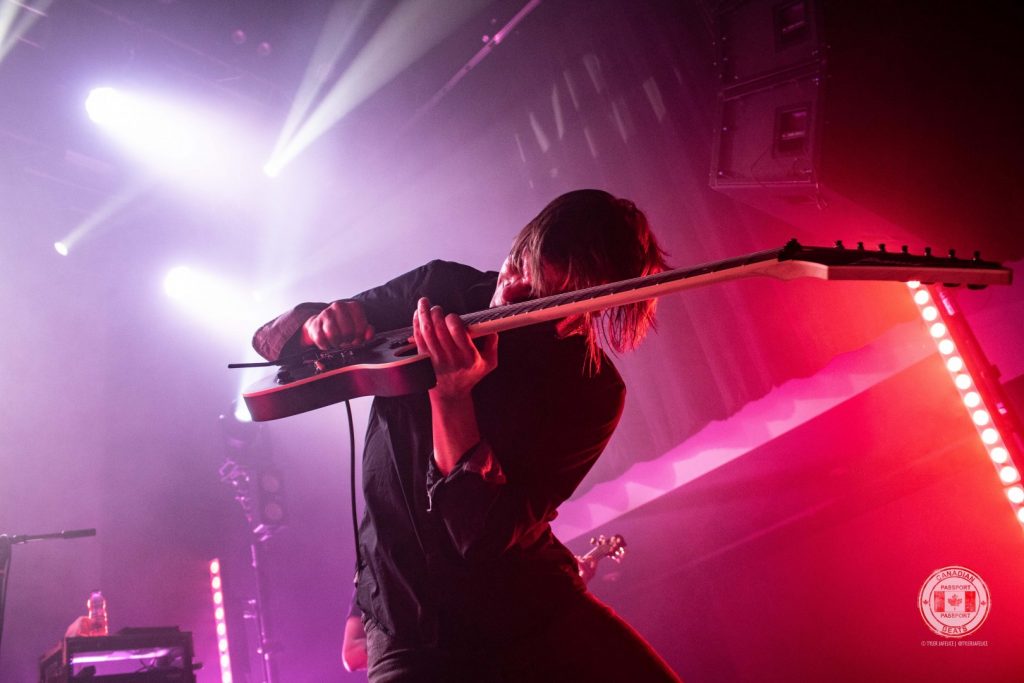 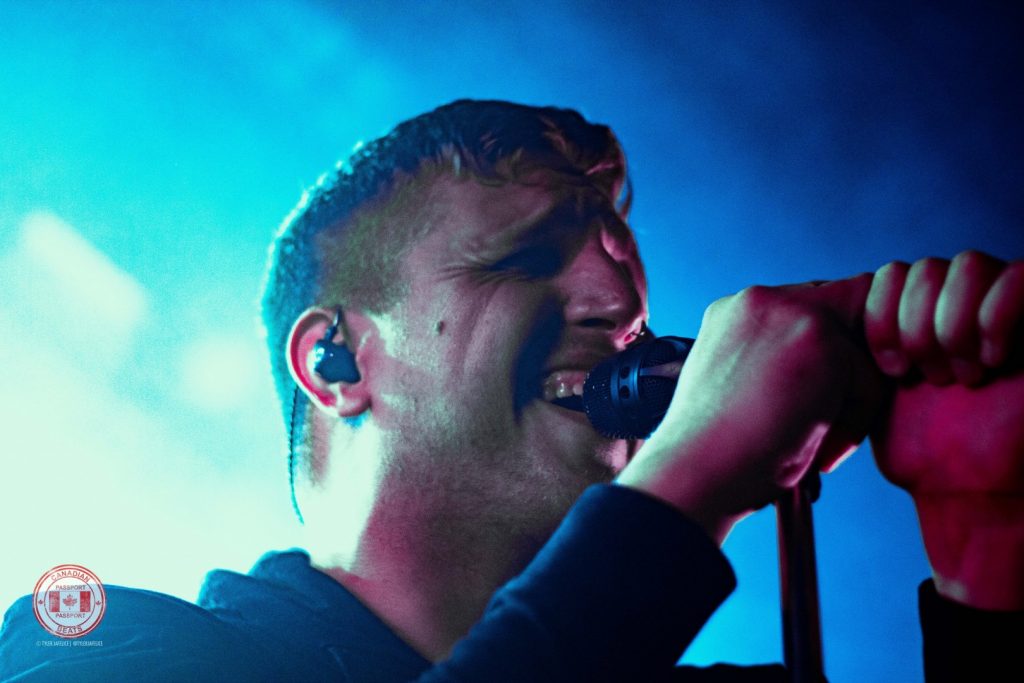 Between the Buried and Me’s performance was nothing short of a journey. From crushing breakdowns to piano ballads, they projected every emotion possible on the crowd. The band kicked off their set with the heavy-hitting “House Organ”. Vocalist Tommy Rogers had an enormous stage presence with grand gestures and a commanding voice. Rogers then played the first piano chord to “The Coma Machine” and the crowd cheered in anticipation. Between the Buried and Me’s set touched on almost every avenue of metal: Rogers delivered symphonic vocal hooks and theatrical lyrics, but they would then be followed by brutal guitar riffs and blast beats from Blake Richardson’s drum kit. Even with a larger than life performance, the band refrained from taking themselves too seriously; the photo of guitarist Paul Waggoner looking at the camera is a good example. There was also some extra giddiness in the mosh pit during the swing jazz-influenced “Voice of Trespass” which was entertaining nonetheless. Overall, Between the Buried and Me put on an outstanding show and the rest of the tour will be no different.

Between the Buried and Me’s latest album Automata II is out now. 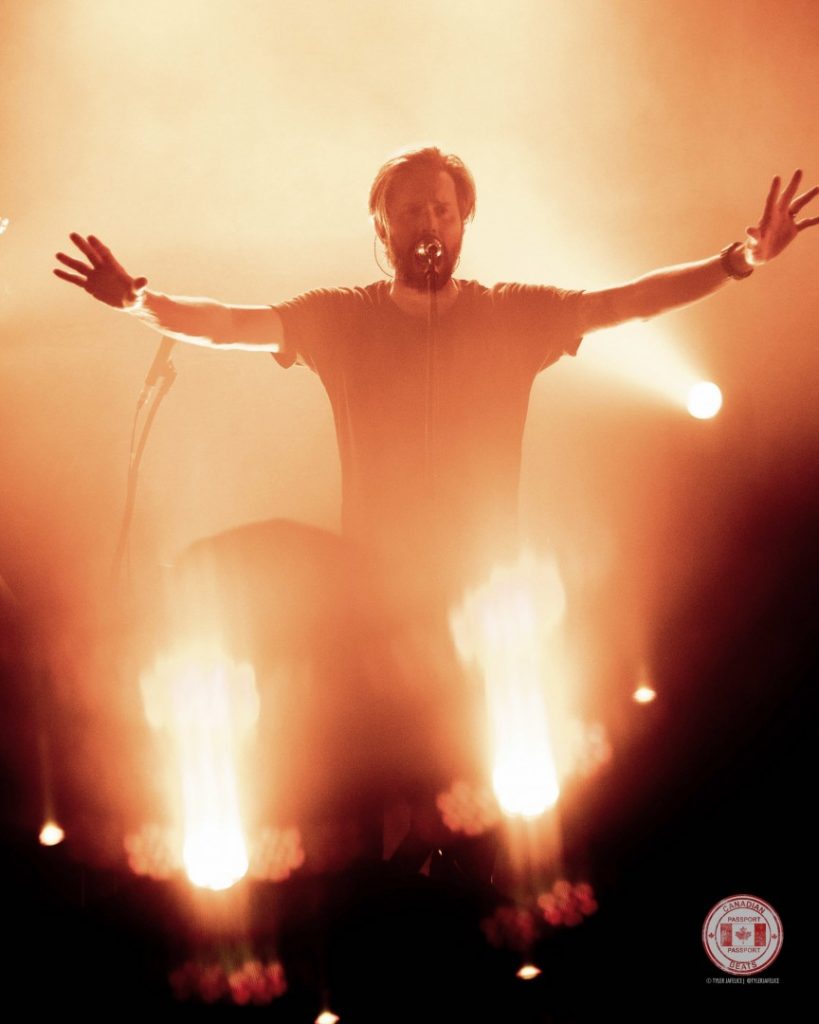 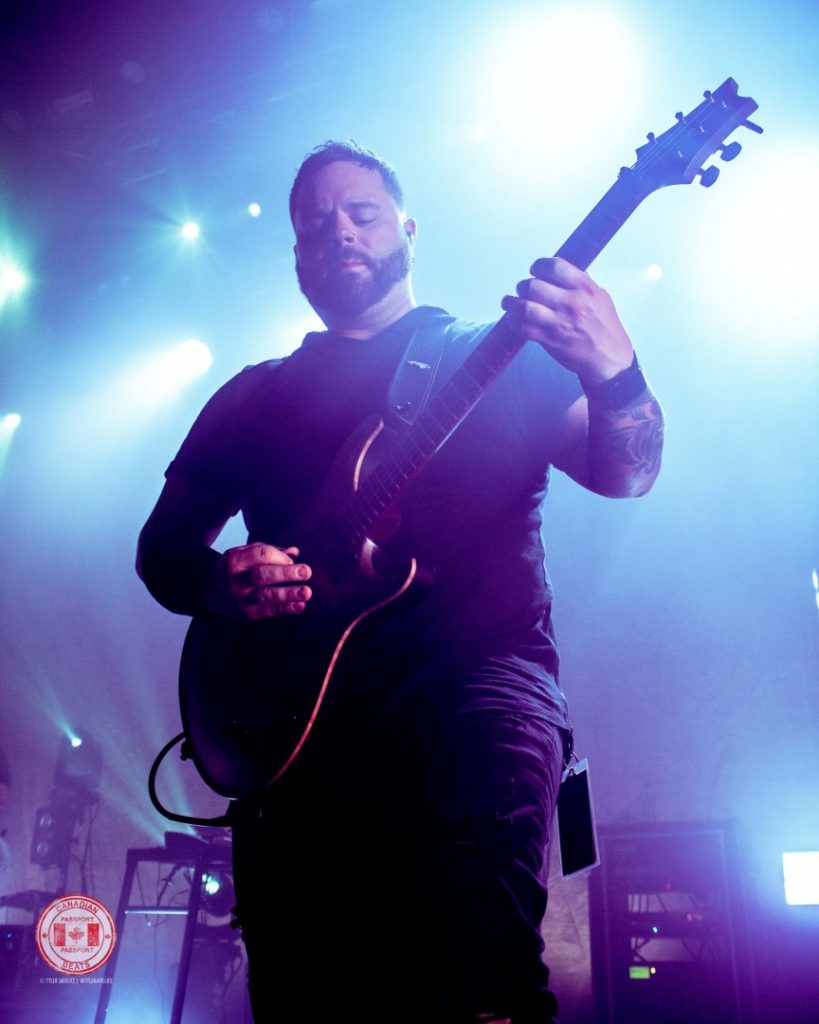 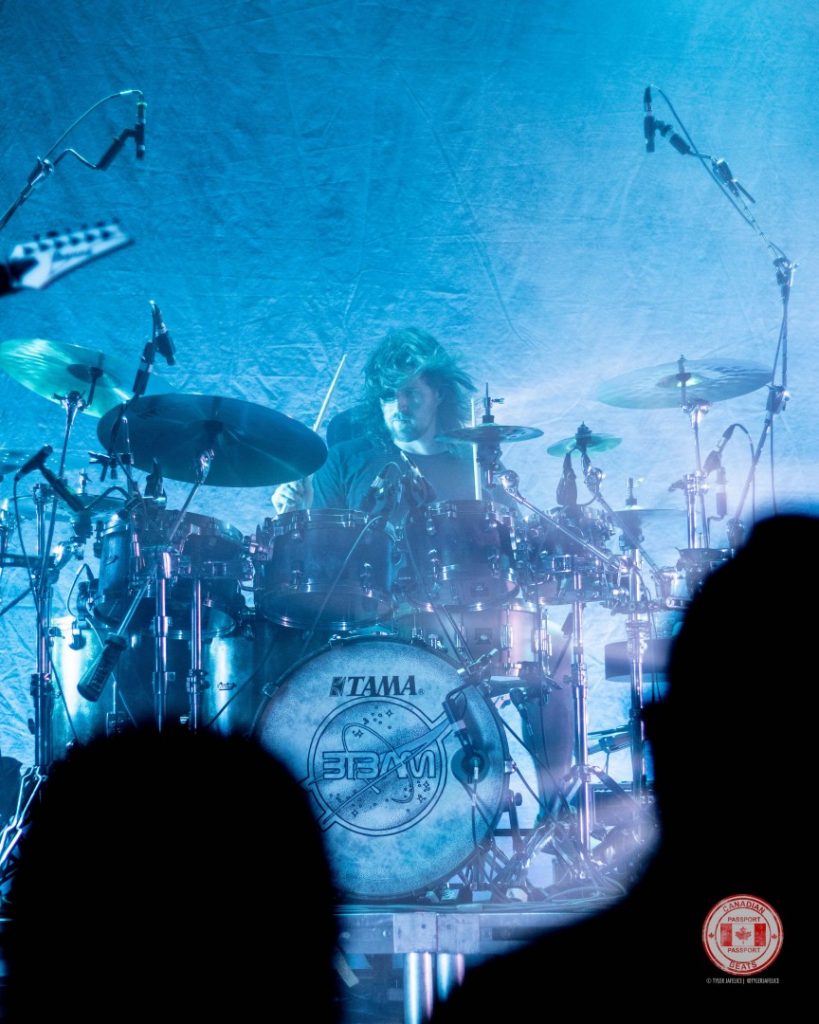 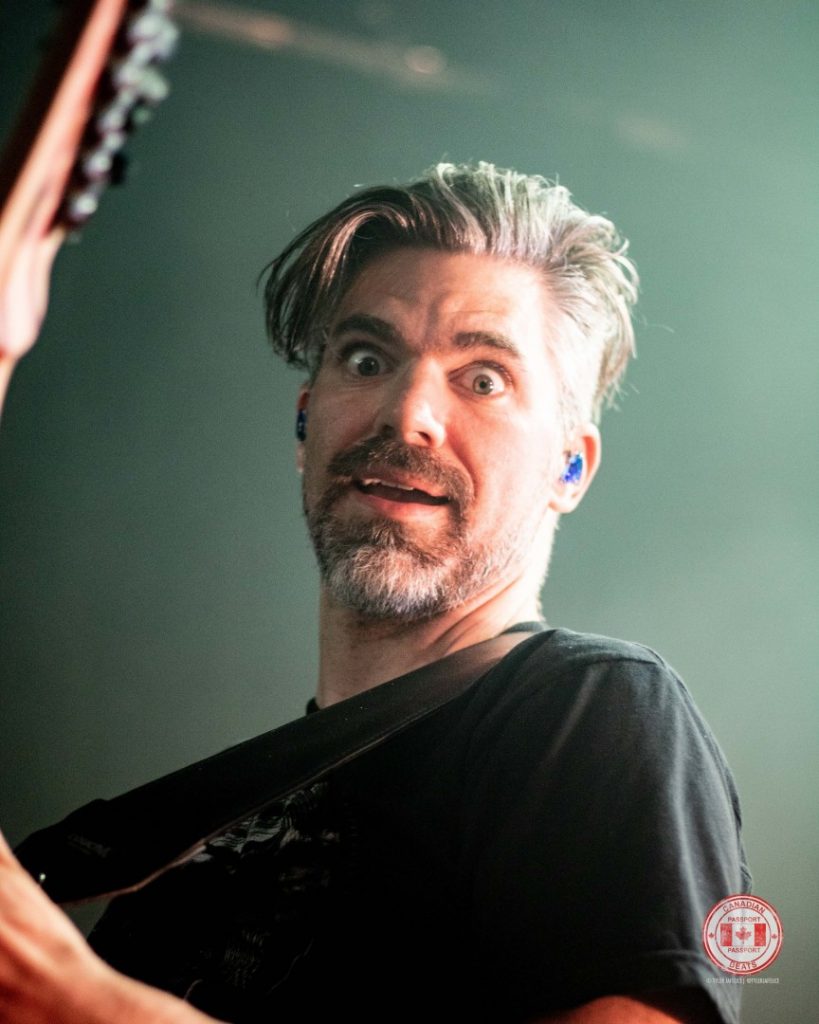