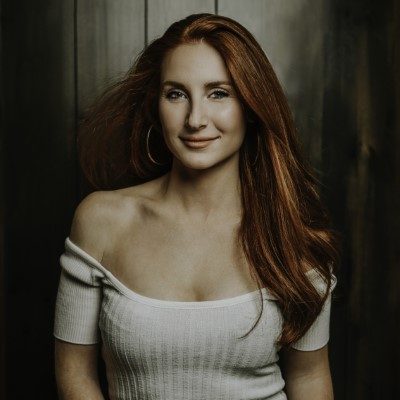 It all started with eight semi-finalists, now we’re at three, which were chosen by Canadians through an online vote, and who now get to participate in a week-long SOCAN songwriter trip to Nashville, perform at a major country music festival, and attend an exclusive mentorship session in Toronto with influential people from the industry.

The final three artists for SiriusXM’s Top of the Country consists of Windsor, ON’s Kelsi Mayne, Maniwaki, QC’s Matt Lang, and Winnipeg, MB’s Tim & The Glory Boys. We were lucky enough to snag interviews with each of these talented artists.

First, we had a chat with Kelsi Mayne, who has recently released a new track, “About Time“.

You are in the top 3 of SiriusXM’s Top of the Country music competition, how does it feel to be competing for the top spot?

It doesn’t feel like a competition at all actually. Being in the finals itself is an opportunity of a lifetime. I’m just soaking it in and giving it all I’ve got.

The competition originally consisted of eight semi-finalists, what were your first thoughts when you found out you were one of the semi-finalists?

Well when I first got the call, I screamed in the middle of Toronto’s union station and then proceeded to jump on the wrong train. Then when they released the other contestants I was in shock because I’ve been friends and fans of these artists for a long time now, so to be even considered among them was surreal and a huge honour.

The winner will receive a grand prize of $25,000, what would your first plan be for the winnings?

We are in the process of creating a really kick-ass live show on a tight budget so having a little more wiggle room, we could definitely bring it to the next level. Also, we really need a van or trailer to travel with so this would contribute in many, many uses!

What’s new with you in your career? Do you have any new releases, tours or anything else in the near future?

We’re about to go on our first out of province tour in Alberta at the end of July, early August, making our debut at the Big Valley Jamboree so we’re super stoked about that! I’m also getting ready to release my first album in October (thank you FACTOR!) and another single on the way, so lots of new firsts lol.

If you were asked to give a newcomer some advice, what would it be?

My mom used to tell me “faint of heart never won fair maiden” and that is very true with music. You have to work for it and stick through it. It’s a long and bumpy road so celebrate the little things, stay humble, strong and kind. Be grateful for every step of the way because there’s a lesson in every experience.

Last but not least, is there anything you’d like to say to the fans who voted for you?

To everyone who voted, you changed my life more than you know. You have helped me continue to do what I love to do. That is the greatest gift you could have ever given me and I promise I’ll make the most out of this opportunity! Thank you is an understatement.