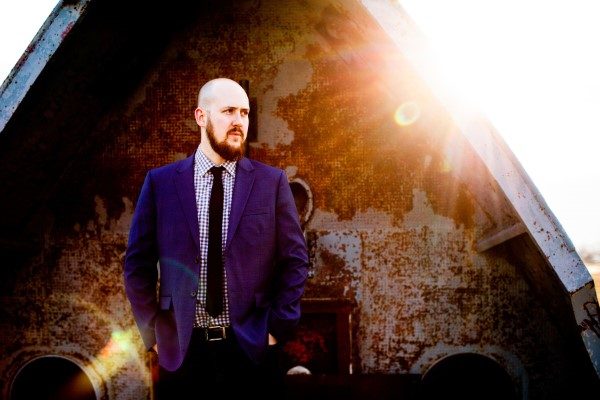 Canadian artist and one-man-band/ loop-innovator, Jean-Paul De Roover released his new alt/folk album, LOVE on May 31, 2019, with the sister album, LOSS to come out in the fall. He played a CD release show on July 9 in Toronto, and has now released a video for his track, “Love Is”. Check out the video below and find out more about Jean-Paul via our Five Questions With segment.

My name is Jean-Paul De Roover, and I’m a solo musician from Thunder Bay, ON where I was born, but not raised. I grew up all over the world in Africa, Asia, and South America before moving back in 2001. I’ve been performing under my own name for 12 years and have performed all over the world, with performances at major Canadian festivals including CMW and NXNE, music videos featured on MuchMusic, songs featured on CBC and charted on campus/community radio nationwide and much more. I just released my newest full-length record, “Love,” this past May.

I’ve always enjoyed variety, so my musical tastes fluctuate from album to album. In the past, I’ve released records based on my interests, including a cappella, rock/pop, and experimental. The newest album, “Love,” is yet another departure, focusing on an acoustic, singer-songwriter performance style with personal lyrics all about love in some of its various forms: familiar, romantic, and compassion for your fellow human. My newest direction has seen me writing from a much more personal place, with songs like “My Heart and My Head” featuring my wife and I’s wedding vows to one another, “I Can’t Sleep” is about being away from one another while on the road, and “Let Me In” was written after spending time at a Syrian refugee camp in Germany in 2015. My writing is always evolving and my followup album titled “Loss” will see me changing yet again as I explore darker, heavier themes with an accompanying progressive/rock/metal sound.

I’ve just come off a Western Canada and Ontario tour so the only upcoming dates are in Thunder Bay (see below). It included stops at Tiny Lights (Ymir, BC), Northern Lights Festival Boreal (Sudbury, ON) and Union Summer (Toronto, ON), however, another Ontario tour is in the works for the Fall to be announced in late August.

My live performance typically involves acoustic guitar, my voice, various electronics, and live-looping to build my songs from scratch, although lately, I’ve been really enjoying performing in a stripped down, acoustic format to match the theme and vibe of the new album, “Love.”

“Love Is,” the single with the new video, is a great introduction to my albumLOVE, where I describe love in its many different forms whether romantic, familial or just love for your fellow human. “I’d Do Anything” is probably the best introduction though. While my new album is mostly acoustic, “I’d Do Anything” mixes in some full band production with a rock/pop aesthetic that will be more familiar to people that have followed my career. That being said, the acoustic guitar is still front and center so it fits in with the rest of the new alt-folk album. It also tells a very personal story of when I first found out my wife and I were pregnant, something that is also very prominent on the new album.

I love lots of Canadian musicians, but I find myself going back to these ones regularly: Danko Jones, Rheostatics, Hillsburn, Mother Mother, Devin Townsend.