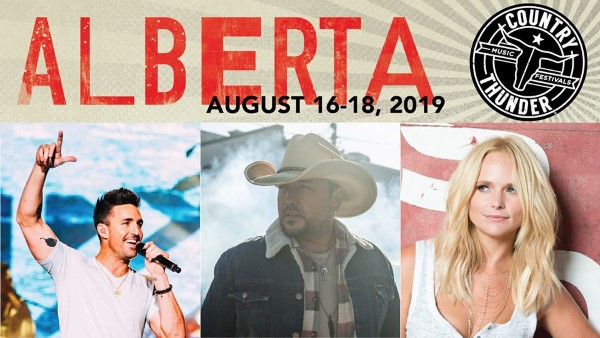 The 2019 installment of Country Thunder Alberta will be one of a kind this year. Be sure to be there to inaugurate what might become an important change in festivals’ female artist representation. I think it’s a big step for Country Thunder to organize more gender-balanced festival in Calgary this year.

For the first time ever, Calgary will have an all-female lineup on the first day of the festival which starts on Friday, August 16th, and just let me say, it’s an impressive lineup. Country superstar Miranda Lambert and the legendary Tanya Tucker will headline the first day. But don’t be late because you definitely do not want to miss Meghan Patrick and Calgary-born Lindsay Ell who will kick off the big show on Friday night.

On Sunday August 18th, Calgary based pop-country duo Leaving Thomas will get you up out of your sets and kick off the final day of Calgary’s Country Thunder.  Next will be Roots & Boots featuring Aaron Tippin, Sammy Kershaw, and Collin Raye, followed by Jamie Allen. Then the stage will belong to the final female performer Terri Clark, Canadian Country Music Hall of Fame inductee, and the only Canadian woman who is a member of the Grand Ole Opry in Nashville. Sunday’s headliner Jason Aldean will end this year’s Country Thunder in Calgary.