James Barker Band returns with their sophomore EP, Singles Only 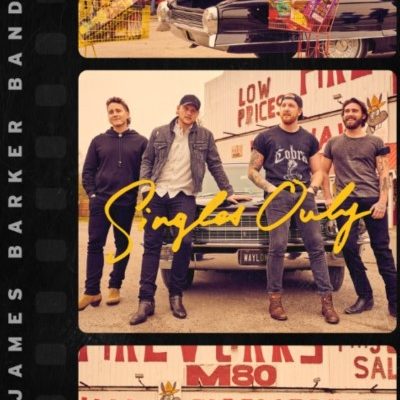 James Barker Band was excited to release their sophomore EP, Singles Only. The EP is now available through Universal Music Canada. The seven-track EP is set to include their anthemic love song, “Good Together” which was the most spun Canadian Country song in 2018 at Country radio. The EP will also feature their latest single “Keep It Simple” which is the most streamed domestic song in country music so far this year.

James Barker Band has also just released the video for a brand new track, “There’s A Drink For That,” which premiered exclusively on Billboard, commenting on the track specifically, “hand snapped rhythms, sunny guitar parts and a sing-along chorus make “There’s a Drink For That” the ideal song for the live setting.”

Talking about Singles Only, the band comments,

“It feels like our sound has matured, but it still stays true to what we want. Whether it be our traditional country influences, our pop influences, or anything in between, it’s still just has that James Barker Band stamp on it that we hope all of our fans are gonna be really excited about.”

James Barker Band has been on a meteoric rise since the four burst onto the scene with their major label debut Game On, just three years ago. Along with their JUNO and Canadian Country Music Association awards and record-breaking metrics, James Barker Band have a list of international accomplishments unprecedented for a domestically signed band including; Over 100 million global streams on their debut EP, the only Canadian signed country act to play CMA’s C2C Festival this year in London, UK & Germany this year, plus their recent Country Music Association nomination “Global Country Artist of the Year.”

James Barker Band has also announced a direct supporting slot to Tim McGraw at the Calgary Saddledome in July, among a list of exciting Canadian summer festivals.