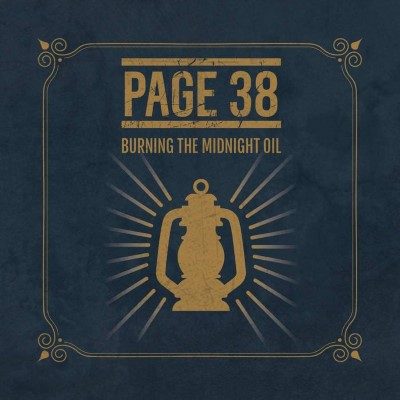 Storming out of the gate with their explosive EP, Burning The Midnight Oil, comes Page 38. The Thunder Bay, Ontario based rock band immediately solidify themselves as a band to watch with their impressive brand of hard-hitting, balls to the wall, rock and roll.

Opening with “145”, Burning The Midnight Oil kicks straight into high gear with a series of rhythmic and crunching shots from the band before building up a grand intro into a fast-paced verse which refuses to let up as it enters the chorus. Next is the lead single, “Gypsy Soul”, which paired with an equally strong music video. Much like the opening track, “Gypsy Soul” is very much a hard rock throwback reminiscent of the ‘70s and ‘80s.

While Page 38 set the bar high with their first two tracks, “Mama June” very well may be my favourite track on the EP. Driven by a hard-hitting groove and a catchy chorus, the song has a darker vibe with a prominent guitar squeal that is just perfect. That being said, the Black Sabbath tone to the riffs and lead guitar lines of “No More Lovin’ You” is simply fantastic.

If you put a young James Hetfield in front of Motörhead, Sabbath, or Mötley Crüe, you would have Page 38. The band rocks hard and Burning The Midnight Oil is an incredibly strong release that certainly sets them apart from their peers and should propel them to great heights. This is a record that rock fans should absolutely listen to by a band that they simply must watch out for.