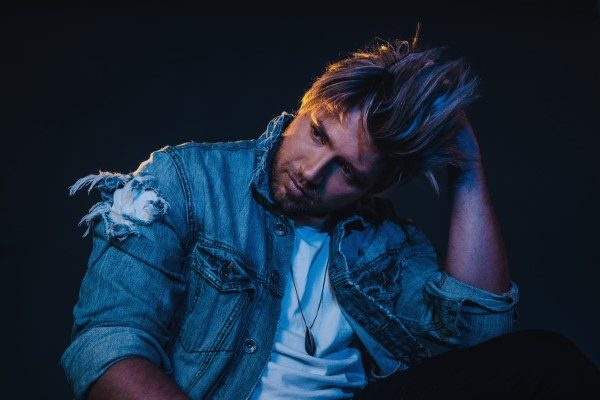 Vancouver, BC-based artist BENJII has released a brand new single, “BOA (Show Me You Love Me)”. This is the second track to be released by the alt-pop artist, following “California“.

“BOA” was inspired by the blurred line separating lust and love, and the inherent danger when confusing the two.

“It’s way too often where we can get caught in this dark, vicious circle of physical intimacy and a deeper hunger for love; and when you sadly mistaken one for the other it can leave you empty and broken, hurting for it even more” says BENJII.

However, despite the moody lyrical content, the single packs a serious punch in terms of danceability and indelible hooks.

Check out the single below and find out more about BENJII in our Five Questions With segment.

Shyess! My name is Benji Klassen, and I’m in the midst of ramping up a new solo project under an alternate spelling of my own name – BENJII. Born in Kamloops BC, raised in Moose Jaw SK, and had moved out to Vancouver shortly after graduating to pursue architecture + music. I was previously part of a super talented indie/math rock band named Hawking as the guitar player, where we had a hell of a few years writing and touring North America together. As amazing as that group was (and still are), I felt my calling was more as a solo artist in a different musical direction, which lead me to delving headfirst into this entirely new journey.

The genre falls under the “alternative-pop” umbrella which I really love, because the pop aspect is easily accessible to a larger demographic, and the alternative aspect lets me pull in so many new colors that aren’t typically found in pop-music – plus I get to break a few extra “rules” as well.

I’m a very visual and sensory-driven writer, so my music tends to reflect this. I usually begin with a color palette or environment in my head, and then I begin chiseling out chord progressions, melodies, and rhythms from there in order to match that image/mood in my head as best as possible. From there I brainstorm a story or theme that would suit that vibe and begin jotting down lyrics.

The new single “BOA (Show Me You Love Me)” began with greens, charcoals, and oranges, with a moody forest vibe. After the bass line and distorted piano chord progression came to fruition, the rest fell into place naturally as I explored other textures.

And as a crucial side note, I have to give my man JJ Bakker huge props for being such a pivotal role of the writing process. He was the one grinding through those grueling late-night writing sessions with me and just brought such amazing energy and color to the final product. If it wasn’t for him, these songs wouldn’t be half as good as they are.

There aren’t any booked shows for the immediate future, but I am definitely looking to start booking for early-mid 2020 once I have some more material released.

Be prepared to see a really cool hybrid of electronics and excellent musicianship. The band I’ll have playing with me will be some of the best musicians I’ve ever had the pleasure of working with, and are just phenomenal performers. We’ll also be looking to separate the live experience from the studio experience, so with that, you can expect really moody extended intros/outros, alternate sections, and maaaybe an unexpected guitar solo here and there.

I’ve got to say that the new single “BOA” is a real banger, so if you’re looking to amp up your day a bit, definitely give that one a listen. On the other hand, the previous single “California” is the perfect summer soundtrack and is super laid back. I don’t know, both are great depending on your mood!

Ah, my favorite question! Well to start, I’ve got to give love to my Echoplant Studio’s mates Dear Rouge who are absolutely phenomenal. Other Canadian staples for me have been The Weeknd, The Arkells, Half Moon Run, Dizzy, and lately Daniel Caesar. I had the pleasure of seeing him at Coachella last year, and he was unreal. Honestly the most raw and beautiful R&B you’ll ever hear.