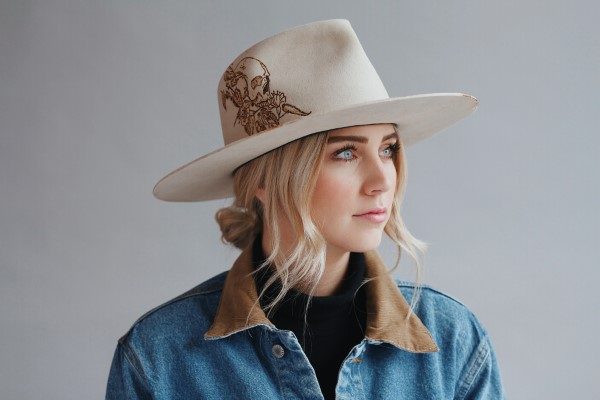 Cavendish Beach Music Festival kicks off on July 5 until July 7 in Cavendish, PEI. The talent that is set to play is overwhelming, but we have caught up with a few of the artists/ bands to chat with us in a countdown to the big event. We’re starting things off with Prince Edward Island’s own Alli Walker.

I am a country singer/songwriter, raised in Prince Edward Island, and moved to Toronto when I was 19 years old to ‘chase the dream’ and never looked back. After years of writing and performing, I am so excited to finally be releasing my first album called ‘The Basement Sessions: What I’ve Learned So Far’ in September. In the meantime, I’ve been releasing one single per month, along with music videos. I call my style of music Mindful Music and Conscious Country, because my music is all about Mental Health subjects, empowering messages, and the deep questions we ask ourselves. With each song release, it gives me the opportunity to open the conversation surrounding the subject of the song, whether that be anxiety, self-love, bullying, stepping into your power, fighting for your life, usually things people may be timid to talk about. I’ve realized through being vulnerable with my audience that a lot of people feel very alone with their struggles, so if I can open the door to acceptance or healing with my music, then that is exactly what I want to do.

Have you performed at Cavendish Beach Music Festival in the past? If so, what is your favourite memory of CBMF? If not, what are you most looking forward to?

Several years ago I flew home to be a server in the VIP area, in hopes of meeting someone that had connections to get me backstage to meet Taylor Swift. I got there without a single lead and had no idea who to talk to (but I always find a way) and I did just that, I got to meet Taylor, and see the whole weekend with a tray in my hand and a smile on my face. I went again a few years later as a spectator and told myself I’d be back here, soon, performing. This year I am so excited to finally take the stage!

Since I am from PEI, I am so excited to finally have my family come out to see my shows! PEI as a whole has been extremely supportive of my career, and I am so honoured to represent our beautiful Island! I moved to Toronto on my own when I was 19, and have been performing mostly in Ontario for the last 10 years, so my parents haven’t seen me perform that often, and some family members have never, so it’s going to be exciting to have Cavendish Beach Music Festival as my first ‘hometown show’. I spent the summer before I left PEI doing every single thing on the tourist handbook, so I’ve been around the block. I am going to enjoy time with my band and family and take in some country music!

How do you decide on a set list when playing a festival as big as CBMF?

Luckily my audience has been able to become familiar with my music because I put out a new song every month and with every show, it’s so exciting to me to see more and more people know the words to my songs. My PEI fans/friends/family have been so supportive, so I am looking forward to seeing some people I haven’t seen in a very long time, and it’s going to be amazing having this homecoming show, as my first ever show in back home in PEI. I am going to throw a few songs people may recognize in there but it’s mostly going to be the songs that I have released so far, with a little preview as to what’s to come!

If you had to describe your performance in only 5 words, which words would you choose?

The lineup at CBMF is stellar this year, are there any artists you feel the need to check out?

I’m excited to see Eric Church on Sunday night. It feels like I’ve seen every country artist live, except him, and I heard he puts on an amazing live show!

Will you be playing any other festivals this summer that you’d like to tell us about?

Since I’m releasing a song every month, I am usually tucked away in the studio most of my days. My main focus is these songs, and some really exciting music videos coming out as well, so I am only taking on a few shows for this season so I can focus all my energy on the album. But, I am doing some exciting intimate concerts that I will be sharing soon if you stay tuned to my social media!

Besides the music, what is your favourite thing about festivals?

I love discovering new talent and meeting other artists! You can feel like you’re in your own little world sometimes making music and performing your own shows, so festivals are a great way to see old industry friends and make new ones!

What was the first festival you ever attended as a fan? What about as a performer?

There weren’t many concerts that came to town when I was growing up in PEI, and definitely no festivals until Cavendish Beach Music Festival came around when I was just about leaving for Toronto. My first concert was Avril Lavigne and Sum 41 in Charlottetown, then my first big outdoor concert was The Tragically Hip and The Rollings Stones in Halifax! We waited all day near the front, and I remember being pee’d on about 3 times, and by the time The Stones came on it was so rowdy I had to crowd surf out to the front just to get out, but still so fun and a memorable first big concert! As a performer, I sang in a band at Boot and Hearts several years ago. It was so cool to be backstage at a big festival, running into big acts, and hanging out in the catering with all the other musicians!

Stay tuned online because the best of the best is coming! More songs, more music videos, my first ever merch, amazing opportunities, and of course the album in September!