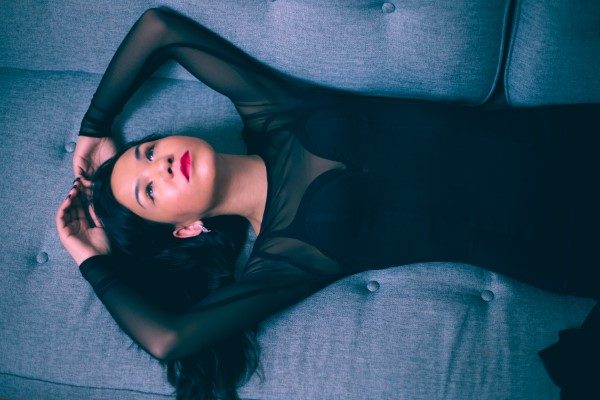 Canadian Inuk Kelly Fraser recently released her single, “Rebound Girl”. Today, we are thrilled to unveil the video for the single, which was created in collaboration with producer Marc Meriläinen(Nadjiwan), and Aqqalu Berthelsen aka DJ Uyarakq.  The video features L.A. indigenous RnB/hip-hop artist and MTV video award winner PJ Vegas acting alongside Fraser in a dual role as both girlfriend and rebound girl.

Creating a professional quality music video was important to Fraser. As a Canadian Inuit artist who has achieved a Juno Award nomination and won the 2019 Indspire Award, she realizes that she is a role model in her community.

“Representation is important and I want Inuit to follow my lead and make more professional videos,” says Fraser. “Im hoping to help Inuit, but first I want to show them that we can do anything.”

Delf Gravert directed the video while Buffy Handel from the Aboriginal School of Dance produced and choreographed along with Fraser who created the concept.

“The idea came from a break-up and a lot of the dialogue was actually said to me so it’s not exactly a diss song.  My favourite part is me acting as me Kelly Fraser and the hypothetical Rebound Girl who is actually myself (as I am warning myself not to be a “Rebound Girl”.

Check out the video below and find out more about Kelly in our Five Questions With segment.

I am Kelly Fraser and I am originally from Sanikiluaq, Nunavut, now based in Winnipeg, Manitoba.  My album Sedna was nominated for Best Indigenous Music Album of the Year at the Juno Awards in 2018.  In the fall I will release my album Decolonize.  In addition to recording and performing, I teach songwriting and do motivational speaking with  Nunavut Hitmakerz, a project which aims to give underprivileged youth opportunities to learn creative expression and technical skills.

I write pop music, about issues Inuit and indigenous people face like the right to hunt for seals and have an economy of hunting them.  Singing as if I am Sedna the Inuit sea goddess in my song Sedna, I sing about things I’ve gone through and things I’ve heard and seen.

Okanagan indigenous Music Arts Festival. I perform in Igloolik and Inuvik in August. I will be filming my Sedna music video in my birthplace Igloolik.

I dance and sing and have back up dancers with EDM pop music.