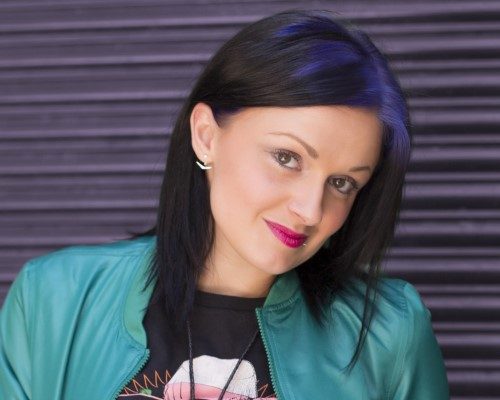 Amy Nelson now has a special connection to The Band Perry

Amy Nelson, who hails from Regina, Saskatchewan, released her first single, “Hey Love” off her third studio album Good Intentions on May 17 to Canadian country radio. On a side note, she has garnered 40 Saskatchewan Country Music Association (SCMA) award nominations and was named SCMA’s Entertainer of the Year in 2018.

This single has a very interesting history behind it and it has everything to do with The Band Perry.

“Hey Love” was written years ago by multi-award-winning songwriter Jeff Cohen. It was while Nelson, along with producer Dan Swinimer, were in Nashville that she made a connection with Jeff Cohen through Swinimer. Little did she know that meeting Cohan would one day change the course of her music career. To date, it’s her highest streaming song with over 25,000 plays on Spotify. This single has also climbed to #6 on Australian country music radio charts.

Says Nelson of this tune,

How did this hit, that was the closing song for every The Band Perry show for years, fall into Nelson’s lap? I was able to chat with Nelson about this and “Hey Love” and this is what she had to say. It’s pretty cool.

Was meeting Jeff Cohen and making that connection lead “Hey Love” to you?

When I was in Nashville writing for my new album, I got the opportunity to co-write with Jeff and we instantly became friends. He was so awesome to be around and so positive. I went out to see him perform at the Listening Room and it was during his set when I heard the song “Hey Love.” So, even though it sounded much different with a male singing it, I actually first fell in love with the song when I heard him perform it at a songwriter’s round.  I actually had no idea that The Band Perry had ever even sang it.  So when I found out that The Band Perry had been playing this song at their shows, it just made me love it even more. I have always been a big Band Perry fan, so it was just one more reason to love the song.

We know that for years The Band Perry kept this song on hold so no else could record it. Then they decided to not release it as part of their latest album. How did you come to hear that “Hey Love” would be available for you to record?

After I got to know Jeff and learned about The Band Perry’s connection to the song, they had already recorded their latest album, so it was already technically available, but I don’t think it was being actively pitched to other artists at the time. The biggest hurdle was actually getting up the courage to ask him if I could record it. I kept trying to think of the perfect way to approach it or a way that I could convince Jeff that he should allow me to record this amazing song. He was the sole writer on the song and it was almost a big cut for him, so he obviously had a lot of connection to it and would likely feel attached to it, say more than a song that he had co-written with a room full of people. I thought about it for a really long time. I even hedged with asking his permission to perform it live a couple of times. But when I was lucky enough to get the financial support from Creative Saskatchewan to finish this album, there was some pressure to make decisions and get the recording finished on time. So at the last minute, when I was heading into the studio, I finally just asked him – and by asked him, I mean I chickened out and got my producer at the time, Dan Swinimer, to ask him for me. Dan was the one who had originally introduced me to Jeff. To my surprise, he just said yes. Isn’t that crazy!  You never know what you might be able to get if you just ask!

When did this happen?

I was in Nashville writing for this album back for the first time in 2016 and it was that spring that I went to see Jeff perform and heard the song for the first time. Then, in the summer of 2016, I won the Canadian Country Music Association’s (CCMA) National Spotlight Performance Competition, which meant I got the chance to play for the first time at the CCMAs. I got to open off the Kick-Off Party and used that as my first excuse to ask Jeff if I could perform the song. Later that year was my first trip down under to showcase at Australian Music Week, so I tested the waters a second time, asking if I could perform it at that event. It wasn’t until later in 2017, when I finally asked Dan to ask Jeff for me. Sometimes these albums end up taking way later from start to end then you would ever expect.

What emotions flowed through you when you realized that you’d be able to record “Hey Love”?

Oh man, I was so excited. Like just the best feeling ever. And I LOVE examples like this, that remind you that you just never know what is possible if you don’t put yourself out there and ask. I used to be better at that when I first started out – asking for things that I knew were beyond where I was at. As my career started moving along, it actually got harder to put myself out there and ask for things. I try to remind myself of this example, every time I am feeling hesitant to ask for something. And Jeff has continued to be such a huge supporter of my career. It turned into a great friendship between us.

How did you take the song that was made famous by The Band Perry and make it your own?

I actually tried really hard NOT to listen to their version. I had heard Jeff sing it and had already started to make it my own, so I kept singing it until I felt what fit well within my voice. Then once I felt really solid on how I liked the melody, I searched out their version. They hadn’t recorded the song, only performed it, so I was able to find crappy clips on YouTube that fans had taken on their iPhones and piece together what Kimberley had done vocally. From all the different clips I found, I don’t think she sang it the same twice. Kimberley Perry is a really strong vocalist and added in
tons of trills that don’t really fit my style. So I just picked out some neat things she had added and tried them out in my version. Most of them didn’t really fit for me, but I got a couple of good ideas out of all of those hours I spent, so it was worth it!

Has The Band Perry commented on your version of “Hey Love”?

Not that I know of. But that is a great idea. And it has really gotten me thinking. Hey Kimberly… 😉

Why did you decide to release “Hey Love” in Australia in 2018 and wait until the spring of 2019 to release it in Canada?

In the past couple of years, I have learned that it is extremely difficult to have a busy career and manage releases in two different countries at the same time. As an indie artist, it’s hard enough to keep up with everything for one country, let alone two countries that are on the opposite sides of the world, with a huge time difference and different release procedures. In Australia, I am fortunate to have the support of a label called Social Family Records and formed a great partnership with a man named Perrin Finlay Brown, who manages a ton of the top Australian acts and has helped me out a lot. I had released a song before “Hey Love” in Australia that had gone Top Ten on Australian country radio (something I never had expected) so we needed to pick a second single right away to keep the momentum going. It wasn’t really that I decided to wait to release it in Canada as opposed to that Australia was ready for my second single and they were ready right away. I am just SO excited for everyone in Canada finally hear it!

Good Intentions is available through Nelson’s website, iTunes, and at Boston Pizza locations across Saskatchewan. Nelson has partnered with Boston Pizza to offer her album for $5.99, and she is donating $1.00 from every Boston Pizza album sold to local summer music camps kids.

The music video for “Hey Love” will be released this summer.