Canada Day in the Capital ready to go! 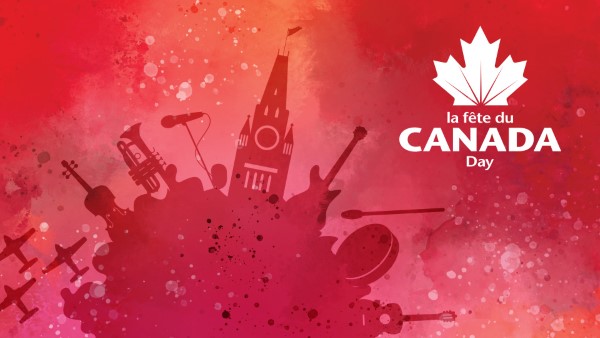 When the flocks of tourists descend upon downtown Ottawa this Canada Day weekend, their day will begin and end with a rousing party featuring a diverse lineup of the hottest artists from across the country.

Performers headlining the noontime show on July 1 on Parliament Hill include K’Naan, T. Thomason and Karim Ouellet.  The headliners will be joined the National Arts Centre Orchestra, and dancers from the acclaimed Les Ballets Jazz de Montréal; as well as by hosts Herby Moreau and former Mrs. Universe, Ashley Callingbull-Burnham.

As revelers continue on their day in the Nation’s Capital, Parliament Hill’s evening show will bring a uniquely Canadian show, including headlining performances by Brett Kissel, The Strumbellas, Marie-Mai, and Cœur de pirate; as well as encore performances by K’Naan and Karim Ouellet.  Canada’s First Nations will also be the spotlight as performances by William Prince, Crystal Shawanada and Shawnee will be sure to dazzle.

If the crowds of Parliament Hill are not your style, or you’re looking for awesome fireworks viewing sites to go with your music, stages at Major’s Hill Park and Canadian Museum of History will also feature beloved headliners.

Situated directly across the Ottawa River in Gatineau, the Canadian Museum of History will spotlight aboriginal artists, with performances by DJ Shub and Silla + Rise.  Joining the celebration at the museum will also be Montreal’s Bleu Jeans Bleu and Halifax’s Ben Caplan.

For more information on Canada Day events in Downtown Ottawa, please be sure to visit Canada Day in the Capital Region

Share this:
Related ItemsCanada DayCanada Day In the CapitalNewsontarioOttawaOttawa ON
← Previous Story Countdown to the Montreal International Jazz Festival – Interview with Paul Cargnello
Next Story → Westfest 2019 welcomes summer to Ottawa