Screaming At Traffic release video for “They Call Me Thrillhouse” 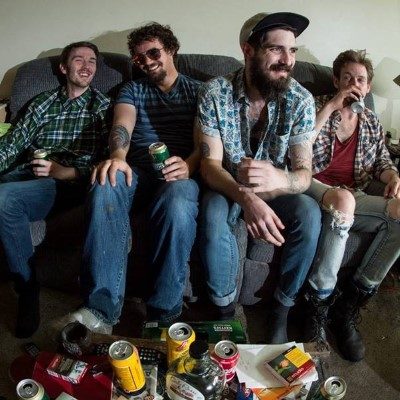 Winnipeg, MB-based punk rock band, Screaming At Traffic released their newest album, I Don’t Like Sports on June 7, 2019. They have released unveiled a video for their newest single from the release, “They Call Me Thrillhouse”.

“This song was written about being a piece of shit and having to own up to your faults, which is why the look of this video is darker than the last two we released. Our director Nicola, took to the song really quick and came up with some great dark imagery throughout the video. We worked with a great dedicated team, and managed to film the whole thing over three nights, with filming starting at 6 in the evening and wrapping around 4 or 5 am. We were also happy to have our producer, Jordan Voth’s band Bleed American hop on vocal duties to really give it a big feel in the second chorus.”

Check out the video below and keep up to date with Screaming At Traffic via their socials.