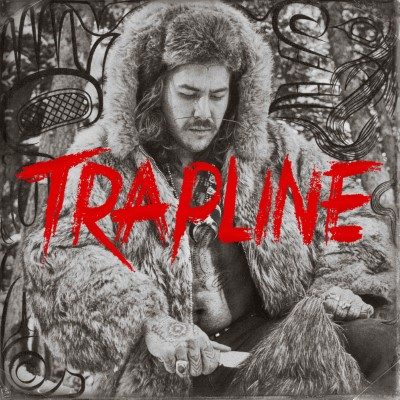 Trapline is the latest from Vancouver-based artist, Snotty Nose Rez Kids. The album is a follow up to the group’s Polaris Short Listed/JUNO Nominated album, The Average Savage.

Trapline starts with a haunting recording of an elderly female of the Haisla Nation which acts as a thesis statement for the album overall –
this is an album about respect, tradition, stewardship and extreme pride in indigenous culture. As soon as this recording ends, though, the album fires its first shots with a machine gun beat in order to get the listener ready for the battlefield to come. Make no mistake, ‘Trapline’ is ready to go to lyrical war for what it believes in.

In terms of style, Trapline is a well-produced hip-hop album that borrows influences from the likes of the Wu-Tang Clan, Kanye, Jay-Z and Childish Gambino (for whom they pay direct homage); but in terms of the themes and lyrics, it is an album that could only come from an indigenous experience. For example, the track “Savage Mob” aims its shots at the residential school experience with the lyrics “We don’t need your education, we don’t need your thought control, priest don’t kill my tribe, leave those kids alone.” The song “Lost Tribe” meanwhile, addresses the harm of cultural appropriation with the lyrics  “Halloween is the only time you wanna be me.”

Trapline is thick with lyrics that would surely not just resonate with an indigenous person, but allow someone from outside of that experience (such as myself) to instantly empathize. As their press says of the Snotty Nose Rez Kids, “audiences will dance and sweat [to their music], but they’ll leave with new knowledge,” and I agree 100% with that assessment.

Though it was hard to choose, if I had to pick a standout track, for me it was “Son Of a Matriarch”: perhaps because this was a track that most intersected my experience as a female with that of the rest of ‘Trapline’s’ content. It’s also not often you hear a slick, hip-hop club track that is so aggressively feminist; the hook is literally: “son of a matriarch, fuck all that patriarch;” Not to mention how refreshing it was to hear a track honouring women that actually has female artists featured on the track. Finally, it’s just hard to not to smile every time I re-listen to “Son of a Matriarch” and hear both the female and male artists on a track repeat the lyrics, “Don’t forget you was raised with your face in a tit”.

Overall, Trapline is a marvel. If you’re into hip-hop, you gotta give this album a shot.