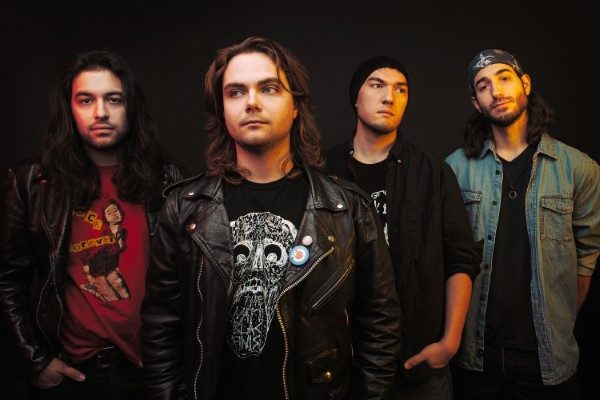 Hot off winning this year’s 97.7 HTZ-FM Rocksearch competition, Drop Top Alibi has announced their first three summer dates. The Toronto based rock outfit will kick off their summer next week on June 22nd at The Bovine Sex Club (also on the bill is One In The Chamber, Jailbirds, Sex Beat, The Lef7overs, and Tomorrow Today), followed by a show in Hamilton’s Corktown Pub with Rocksearch semi-finalist Stellar Ash on July 5th, and lastly on August 3rd at Port Colborne’s Canal Days summer festival.

Drop Top Alibi first made waves with the release of their self-titled debut EP in 2017, which featured the lead single, “Holding The Gun”, produced by Gilby Clarke, formerly of Guns N’ Roses. Since then, the band has also released the hard-hitting “Heavy Metal Baby” single and went on to be among the finalists of The Bout Festival and Competition.