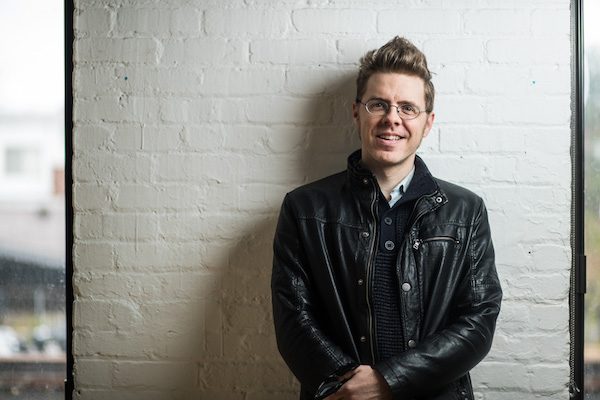 We are counting down the days until the beginning of the Montreal International Jazz Festival, running from June 26th to July 6th! With over 500 shows (2/3rd of which are free), there is something for every taste! Leading up to the festival, we sat down with some of the amazing acts on the lineup, starting with André Papanicolaou. Next, we had a chat with Paul Cargnello!

CB: First off, can you introduce yourself to our Canadian Beats readers who might not know you yet?’

PC: My name is Paul Cargnello, I’m a singer/songwriter from Montreal. Ever since I first learned to play guitar at eight years old, I knew exactly what I wanted to do in life, and I’ve been writing and composing songs. Now I’m also a producer and I own a recording studio: “Upper China”.

CB: Summer is right around the corner, and so is festival season! How are you getting ready for your show at the Jazz Festival?

PC: I’m breaking in a new band, and we’re learning everything from my newest record to the earliest songs in my back-catalogue. I’m working with the top MTL talent, and I’m inviting several vocal guests that I’ve been working with, so we’re rehearsing a lot, and it sounds great.

CB: Have you ever played in Montreal before? If so, what was that like?

PC: Of course, I think that I’ve played every single stage in MTL. This city is where I cut my teeth. I must have played hundreds of shows all over Canada, but in MTL it’s quadruple that. There was a time when I would say ‘yes’ to anyone who asked me to open for them, or a benefit show that needed another artist on the bill. The bars and clubs change names sometimes, but the stages always stay the same.

CB: When you come to Montreal, do you have any favorite places to visit?

PC: My favorite venue, and probably the stage that I’ve played the most was a place called ‘The Cabaret’ on St. Laurent. But it’s closed down now. When I go out I like to hit up the live hip-hop nights.  Whether it be Urban ‘Science at Le Cypher’, or the ‘Mercredi Live Jam Sessions’, or ‘Kalmunity’… I think that’s where the most unique musical stuff is happening.

CB: The Montreal International Jazz Festival is known to be one of the biggest in the world. How does it feel to be a part of it this year?

PC: I’ve been a guest before, for other performers in the past. This is only my second time ever performing on my own stage at the Jazzfest. It’s strange, artists spend so much time faking it over their career that they can’t tell if they’ve been making it… when I got offered the gig, there was a voice in my head saying ‘yes! you fooled them’. It’s cool that the Jazzfest is celebrating their 40th, and I’m celebrating my 20th. We’re getting old together.

CB: What is your best music festival memory?

PC: I remember getting to see some of my musical heroes at the Ottawa Blues Fest (Dr. John, and Allen Toussaint), but I think that I’d have to go with something a little more local. I am the founder of ‘La Semaine Des Arts NDG’ here in Montreal, so the city has come to trust me a little bit when putting on events. Last year I managed to convince the city to let me organize a concert in my neighborhood called ‘MTL vs. RACISM’ (to express our disdain for neo-nazi groups trying to mobilize in Montreal), it was beautiful. I mean, at the time I was stressed out as all hell, but when I look back, it was not only a great cause but it was a great line-up.

CB: The lineup for the Jazz Festival this year is stellar, who are you most excited to check out?

PC: I’ve been hearing a lot about Boulevards. I like Steel Pulse too.

CB: Do you have any other exciting festivals or shows in Canada planned this summer?

PC: On August 24th, the festival I founded and helped build is turning ten years old! And I’ve been asked back to put on a show in my hood. It’s called Samedi In The Park, I can’t wait.

CB: For our readers who have not seen you live yet, how would you describe your show in 5 words?

CB: Last but not least, can you give us a sneak peek of what’s next for you?

PC: I’ve been in the studio producing some amazing albums… I wrote a song with Juno award winner Wesli. I produced a reggae album by Jonathan Emile (If you’re into Chronixx, you’ll love this one). My brother Christopher and I are putting the final touches on a new Skinny Bro’s album. I’ve got a new single/video coming out this summer featuring my sister-in-law-and-soul-star Aiza. And I’ll be wandering the streets of Montreal most nights, looking for people to make more music with…